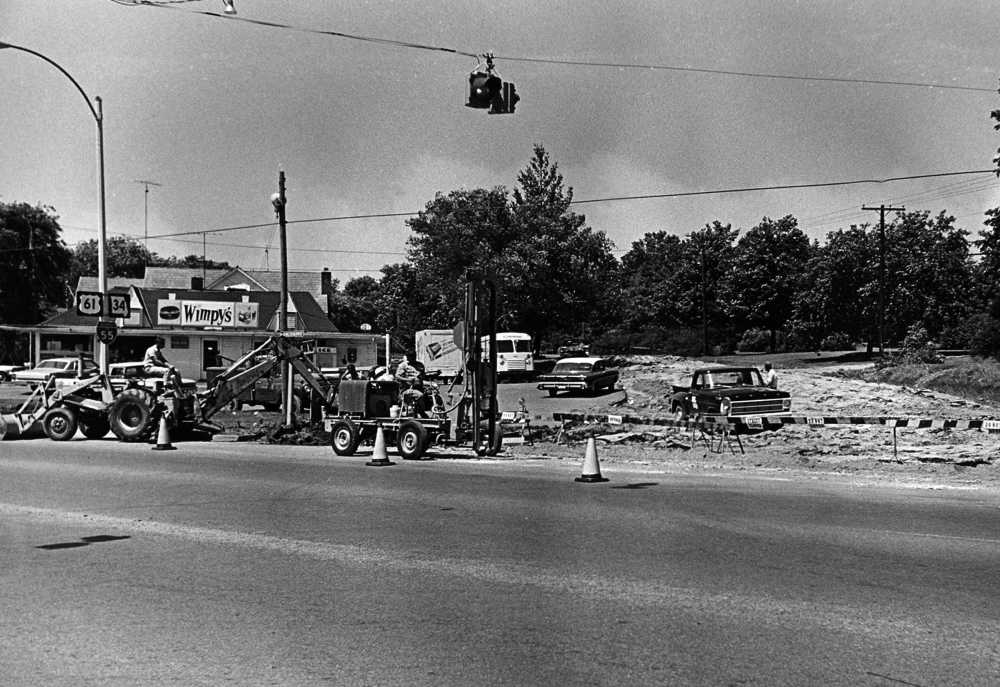 It shows Wimpy's located at the northeast corner of Kingshighway and Cape Rock Drive in Cape Girardeau.

What looks like a flashing red light hangs over the intersection across from Arena Park. Cape Rock Drive looks under construction.

Frank Lewis, who died in 2007, operated the restaurant/grocery store with his brothers. He started working there in 1947, five years after it opened.

Freeman Lewis said people would drive to Wimpy's on a Saturday night, then down Broadway, then back to Wimpy's.

With Cape Girardeau growing, the Lewises decided to sell the land of the family business when a bank was interested in buying property in 1973. The bank building is vacant at present.

Bill Lewis moved Wimpy's to South Kingshighway, where the business switched to serving breakfast and lunch only, until he closed the doors for good in 1997.