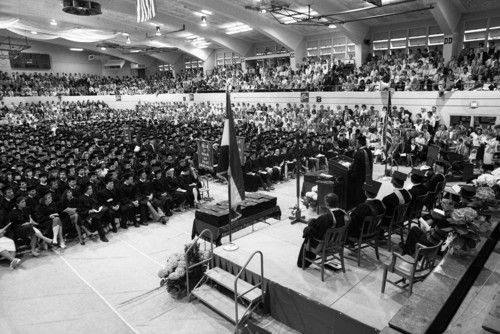 The 1984 spring graduating class at SEMO State University was given a glimpse of predicted life in the year 2000, and then was advised to rely on traditional values to help cope with it.

Speaker for commencement ceremonies, held indoors because of the rain, was Stephen N. Limbaugh, a SEMO State alumnus and now a U.S. District judge in St. Louis. 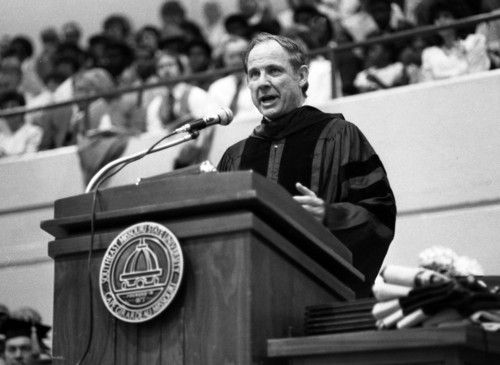 Limbaugh, a member of a Cape Girardeau family of attorneys, told of a committee that in 1980 made a study of what American life would be like at the turn of the next century.

Among that committee's predictions, the speaker said, were these:

--A pocket device will detect radiation.

--The Soviet Union will surpass the U.S. in agriculture production.

--Two-thirds of the American work force will be engaged in the fields of education, information and services, not farming or manufacturing. "This is going to be a wrenching, tearing experience," Limbaugh commented.

--Computer technology will be far advanced. "You have had a modest exposure to computers," the speaker said. "By the time you are 35, you will be behind the youngsters, trying to catch up."

--Ways to clean up the environment will be developed.

--There will be developments in biochemistry, such as genetic engineering that will have great implications for social sciences, religion and philosophy.

"That's the world that is seen for the year 2000. How are you going to meet it?" Limbaugh asked.

"First, you have had a splendid education," he stated, then added that he recommends an adherence to traditional values.

"That may be old-fashioned; if it is, so be it," the federal judge remarked.

Limbaugh listed three of those values.

The first was the work ethic.

"If you don't know it already, there is no free lunch," Limbaugh stated.

He referred to the Illinois lottery and said that the odds of winning a large amount are one in three million.

Limbaugh offered no encouragement about taking ease at an early age.

"Forget any consideration of retirement. Social Security is broke. That is the sad legacy our generation has left you," he commented.

Limbaugh predicted that retirement age will have to be raised, perhaps to 70, but he pointed out that life expectancy also will be higher. The 1980 study group believes a child born at the turn of the century can expect to live to age 90.

The second value emphasized by Limbaugh was integrity. He pointed out that society expects more along those lines from its educated citizens.

"Third, support the institutions that enable us to have so many rich blessings," referring to the shelters for the abused and such charitable organizations as the Salvation Army and the Red Cross.

The speaker repeated to the SEMO State graduates what is told to new citizens during the naturalization ceremonies held in federal court.

The commencement, originally scheduled for Houck Stadium, was moved indoors to Houck Fieldhouse because of the rain.

Degrees were conferred upon more than 700 students, including 31 receiving master's degrees and seven receiving specialist degrees in educational administration.

The candidates were presented by Dr. Leslie Cochran, provost, and conferred by Dr. Bill Stacy, president.

The invocation and benediction were given by the Rev. William B. Dill, pastor of the Church of God of Prophecy.