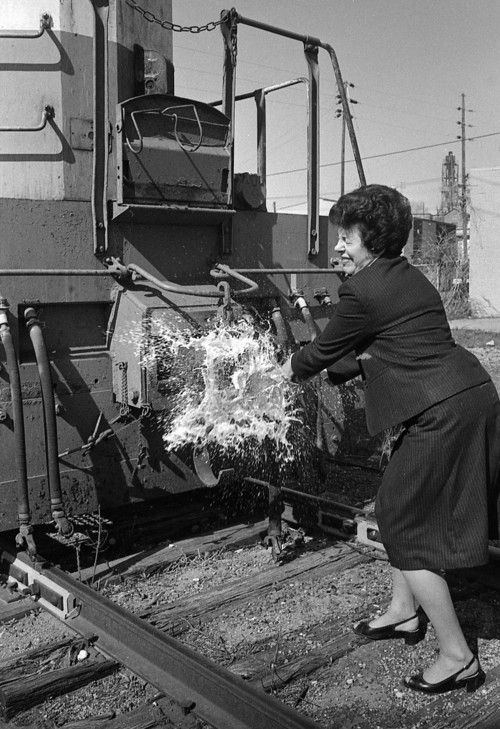 Mysie Keene of the Jackson Chamber of Commerce and Industrial Development Company christens the locomotive to be used on the Jackson rail line on April 18, 1984. The 18.4 mile line was owned by Missouri Pacific Railroad before it was purchased by the industrial development group. It will be operated on a lease basis by Cairo Terminal Railroad, a short line railroad headquartered in Cairo, Ill. 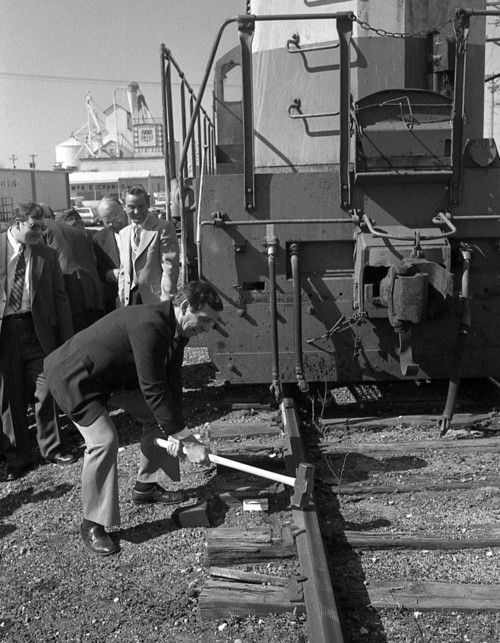 State representative Marvin Proffer takes a swing with a sledgehammer at a golden spike being driven during the official re-opening of the Jackson rail spur on April 18, 1984. 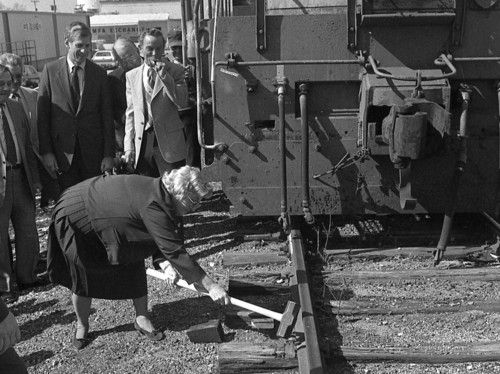 State representative Mary Kasten takes a turn with the sledgehammer. Among those behind her are U.S. Rep. Bill Emerson, left, and U.S. Senator John Danforth.

MoPac had sought to abandon the Jackson-to-Delta line, on the grounds it had been too heavily damaged by flooding late in 1982, and that it was losing money.

The line serves several Jackson industries, which have relied on the railroad for most of their transportation needs for products. As a result, the industrial development group announced its interest in purchasing the line.

Sen. Danforth said Jackson was a town with a history of initiative. He recalled Jackson's role in developing an industrial park several years ago. "What's happening today is another step forward. I don't know of any communities in the country who have bought a railroad," Danforth said.