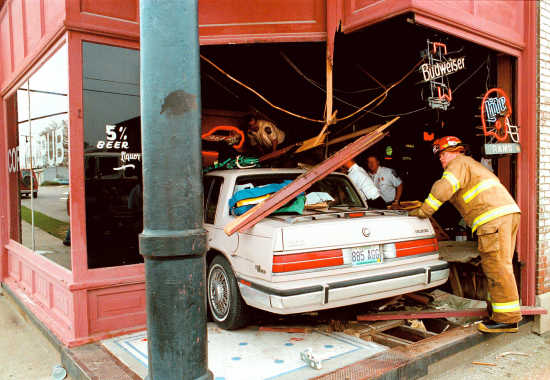 CAR CRASHES INTO TAVERN: Emergency personnel worked to free people trapped in debris after a car driven by Ruby W. Connor, 86, of Cape Girardeau crashed through the front door of the Corner Pub at Independence and Frederick streets just before 4 p.m. Thursday, April 1, 1999. Two patrons of the bar were trapped briefly but were not injured. Connor had a minor injury. Cape Girardeau police said Connor was traveling westbound on Independence when her vehicle was struck by a northbound vehicle driven by David W. Erlbacher, 59, of Cape Girardeau. The collision caused Connor's vehicle to spin around and go into the bar, the spokesman said.

These Southeast Missourian pictures from 1999 seem to have a "motion" theme. 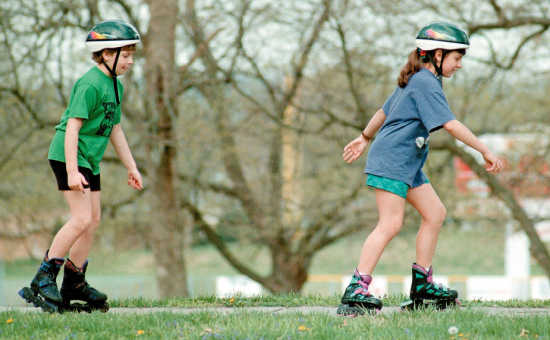 SMOOTH SAILING: Abby Pratt, left, and her sister Lydia Pratt skated on the sidewalk along West End Boulevard next to Capaha Park Monday, April 5, 1999, while on their last day of Easter recess from school. 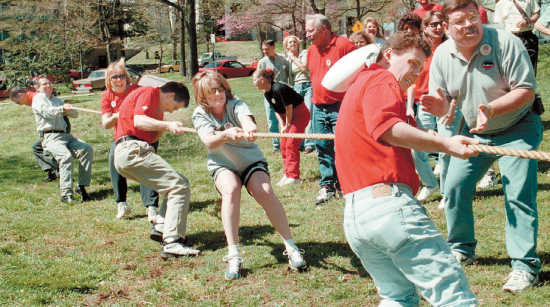 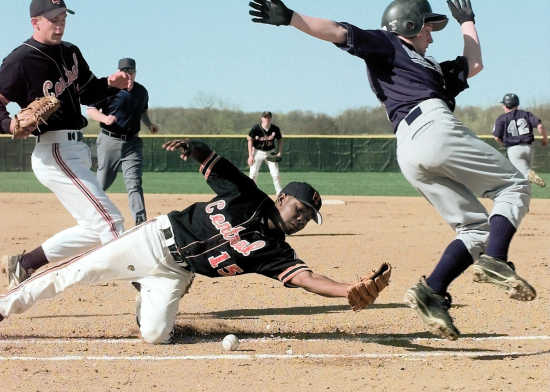 Nathan Essner of Notre Dame reached first base safely on a sacrifice bunt during the fourth inning of Tuesday's, April 6, 1999 game at Notre Dame High School. Cape Central pitcher Matt Welker, left, bobbled the bunt and then was unable to get the ball to Tiger second baseman Chad Jones (15), who was covering first on the play. 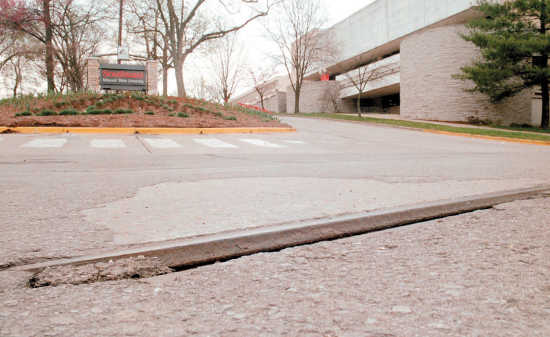 TROLLEY TRACK RESURFACES NEAR UNIVERSITY: A remnant of the past has surfaced at the intersection of Henderson and Normal streets across from the University Center, in this photo taken April 5, 1999, as if to recall its role at Southeast Missouri State University, which is celebrating its 125th anniversary. Years of traffic have exposed the covered trolley tracks that were last used for public transportation on Aug. 10, 1934. An accident with two street cars happened at the intersection on Sept. 6, 1922. A Southeast Missourian newspaper article reported that "culprits" greased the tracks, which caused the collision and $500 in damage to the cars. 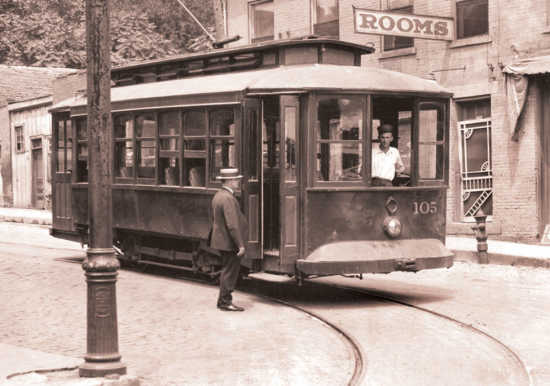 A file photograph of a trolley in the early 1900s on Broadway near Main. 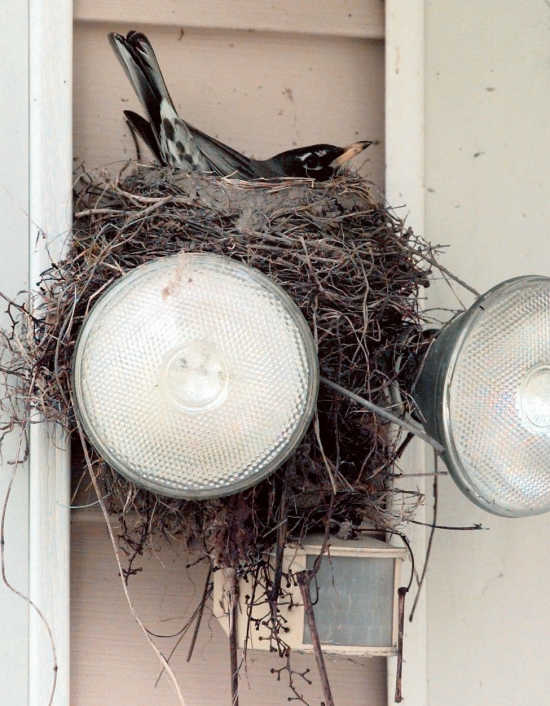 SECURITY PERCH: This robin might have had security in mind when it built a nest above a motion-sensor floodlight behind Norbert and Viola Schegel's house at 1535 N. Rand, in this photo from April 14, 1999. The light sometimes comes on at night, but the Schlegels aren't sure if it is caused by the robin or passing opossums in the yard.
More from this blogger · Fred Lynch