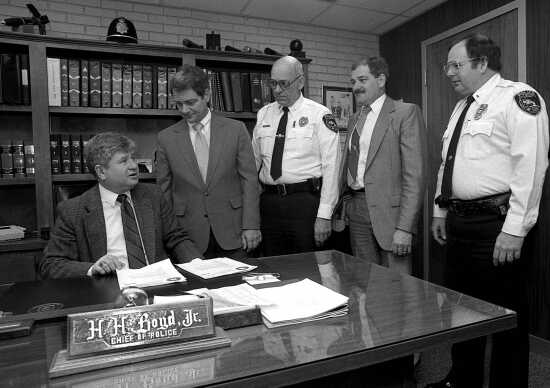 Howard H. "Butch" Boyd Jr., who has been acting chief of police in Cape Girardeau since August, was given the position on a permanent basis today, March 14, 1989.

City Manager J. Ronald Fischer, who announced Boyd's selection as police chief in a press release today, noted that he was chosen from 100 applicants.

A 19-year veteran of the Cape Girardeau Police Department, the 48-year-old Boyd has been serving as acting police chief since the resignation of Ray Johnson, who was appointed police chief of the newly incorporated city of Chesterfield last summer.

According to Fischer, applicants for the position came from 30 states. Applicants were reviewed on years of experience, education quality and types of departments worked with, and continued developmental training.

Six applicants were interviewed by telephone, while three of those received interviews in person. Fischer said interviews were conducted over the weekend.

"After the completion of the interviews, it was obvious the best selection would be Butch Boyd," Fischer said. 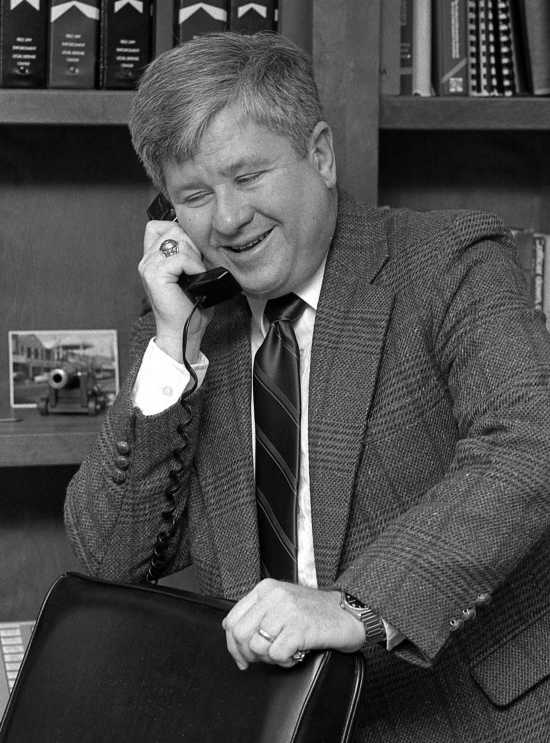 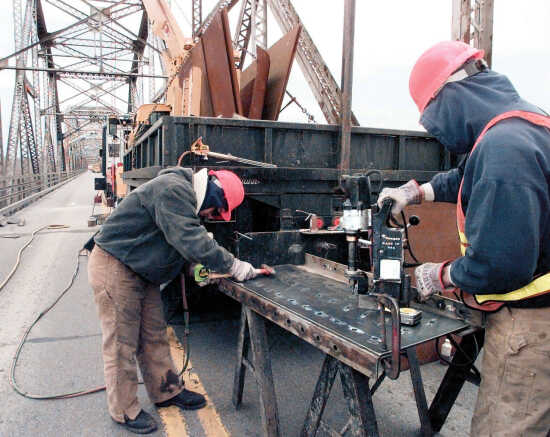 Missouri Department of Transportation workers Doug Carlin, left, and Brent Grandstaff fabricate a steel connection plate on the Illinois side of the Mississippi River bridge on Feb. 24, 1999. The bridge was closed for much of the day while workers repaired a floor beam below the center line. Both lanes were reopened to traffic before 3:30 p.m. 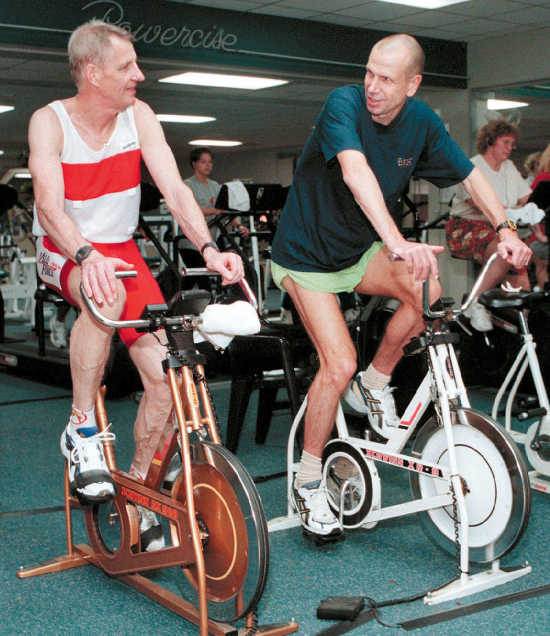 Bill Logan, left, and Dr. Mark Hosler pedal their way toward the end of a 24-hour exercise marathon Saturday afternoon, Feb. 27, 1999, at Universal Health and Fitness during the Bad-to-the-Bone-a-thon. They spent 24 straight hours exercising at the fund raiser to bring attention to osteoporosis. 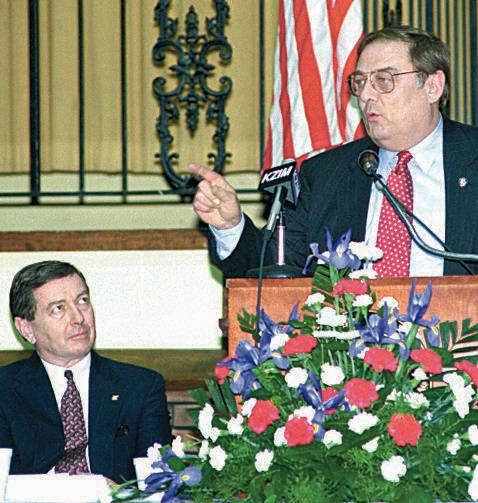