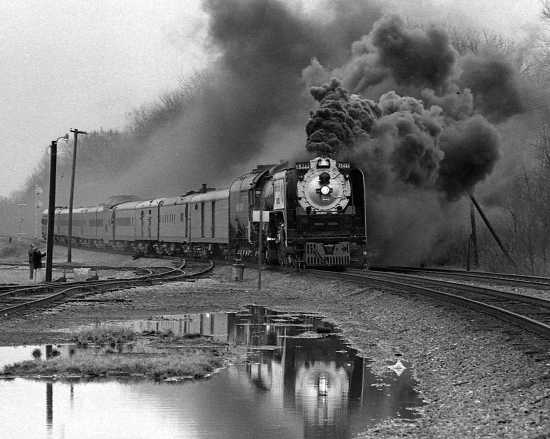 Union Pacific steam locomotive No. 8444 stopped at the Scott City depot on March 13, 1984 while on its way to the 1984 World's Fair, the Louisiana World Exhibition. The train left Cheyenne, Wyo. four days earlier for the weeklong journey to New Orleans.

The locomotive was to stop in 34 cities in seven states before going on display at the fair.

The jet-black engine is the last steam-powered engine to be built for Union Pacific. It was delivered in 1944 and was used strictly for passenger service. It has operated on special excursions since 1960.

The engine was originally No. 844. An extra "4" was added in 1962 to distinguish it from diesel engine 844. The steam engine regained its original number after the diesel was retired in 1989.

The fair was planned to celebrate the 100th anniversary of the 1884 New Orleans Cotton Exposition. The theme was "The World of Rivers: Fresh Water as a Source of Life." 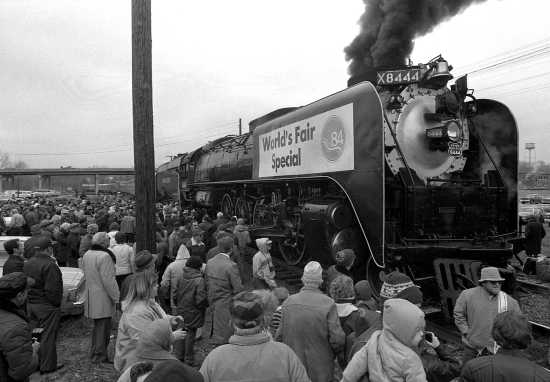 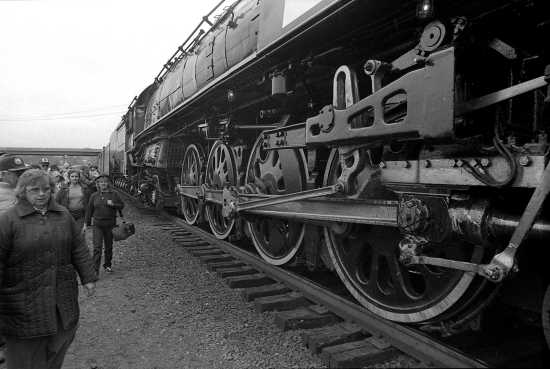 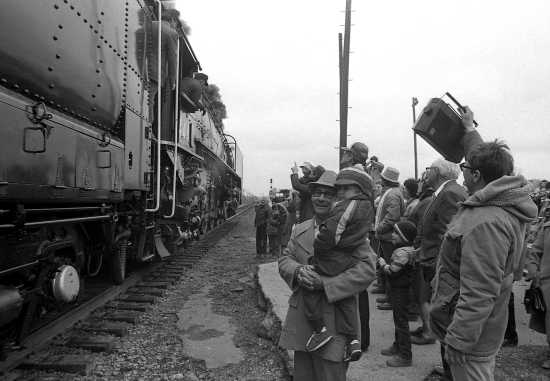