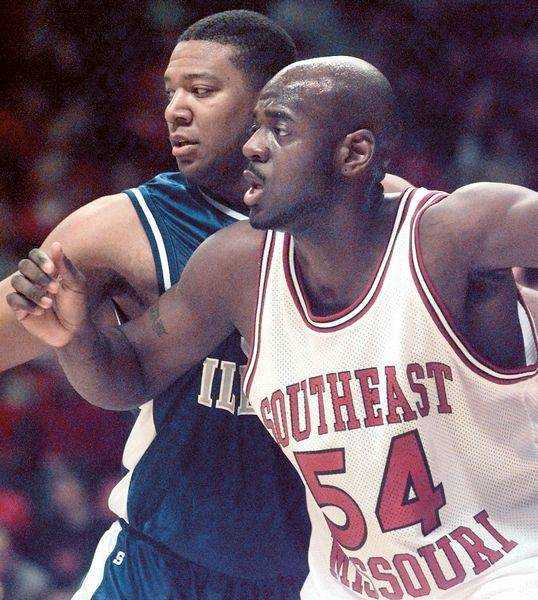 Southeast Missouri State's senior center William "Bud" Eley has been named the OVC Player of the Year for 1999 in voting by the league's coaches and sports information directors. Eley led the OVC in rebounding, blocked shots and field goal percentage as the Indians finished a school-best second place in the conference.

William "Bud" Eley played basketball for Southeast Missouri State University from 1995-1999. He has played in Europe since then.

He currently plays for Grupo Capital, a professional team in Spain.

Here are a couple of photos taken during his career at Southeast where he scored 1,686 points.

A photo gallery is available here of Eley playing in Spain. 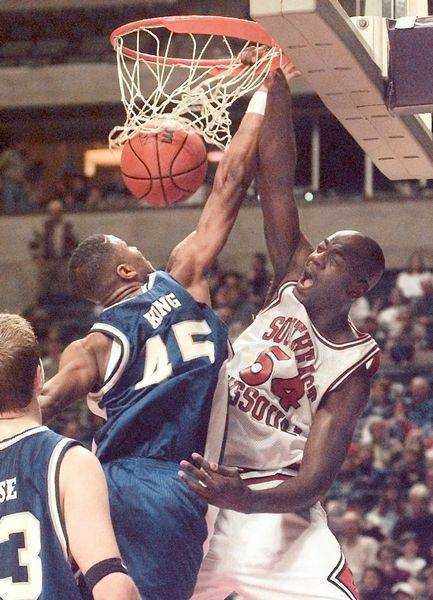