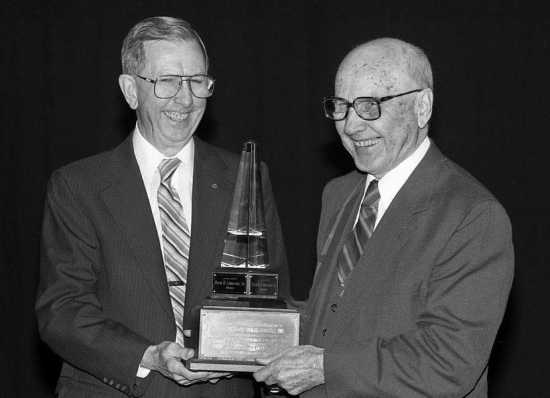 John L. Blue, left, presents the first Chamber of Commerce Award of Merit to Rush H. Limbaugh Sr. at the annual chamber dinner on Feb. 11, 1989 at the Show Me Center.

The Cape Girardeau Chamber of Commerce presented its first Award of Merit to Rush H. Limbaugh Sr. in 1989. The chamber's prestigious annual award was later named for him.

In the Southeast Missourian issue of Feb. 12, 1989, the chamber's chairman of the board, Charles Haubold, said the award was presented to Limbaugh for a number of reasons.

"The reasons behind the selection of Mr. Limbaugh Sr. were his long dedication and service to the Cape Girardeau area," Haubold said.

"Mr. Limbaugh has not only served the legal profession in Cape Girardeau but every segment of the community as well. In selecting the recipient, the board could think of no one more deserving than Mr. Limbaugh to receive this first award." 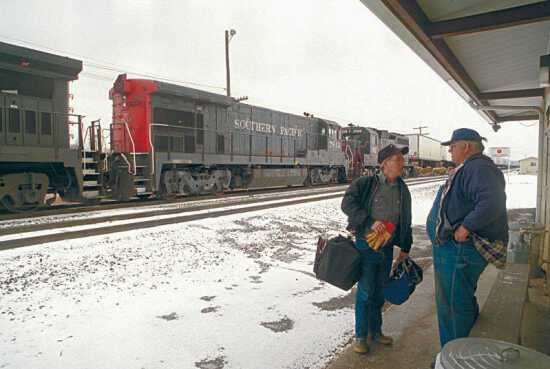 I intend to post interesting photographs from the past in this blog which are at least 10 years old. Some will have historical significance. Some might serve to enlighten and entertain today, perhaps in a way not intended when first published.

They will be selected on a weekly basis from the Southeast Missourian archive, roughly following the current calendar.

I hope to present a fresh look at our community's history through pictures. 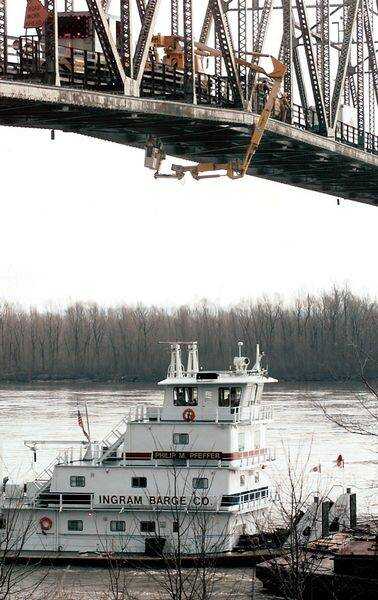 The towboat Philip M. Pfeffer moved down the Mississippi River on Feb. 17, 1999 during a routine inspection of the bridge by Missouri Department of Transportation workers. Short traffic delays may be expected during the weekday inspection while one lane is closed. The project shoud be finished by Feb. 26.