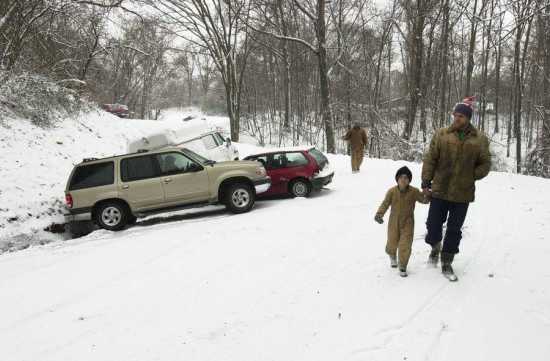 Snow can be different things to different people. Billy Romack and his son, Harley, 5, walked down Snake Hill on West Cape Rock Drive ahead of Jason Krueger on Jan. 16, 2003 for some neighborhood sightseeing. They passed three vehicles which had tried to climb the banked, icy road and slid off to the side. Further up the road, three other vehicles were stopped in their tracks.

I took this picture six years ago on the original Snake Hill Road before Cape Special Road District crews straightened much of it in 2004.

Built in the 1930s, the stretch of West Cape Rock Drive deserved its reptilian nickname, as it began winding back and forth from near the city limits to its intersection with Old Sprigg Street.

The road was the scene of numerous accidents over the years, especially during wet and slick weather. It was a landmark-versus-safety issue.

A 10-year-old would remember the way it used to be. It was a place to drive for a cheap thrill, preferably in the daytime during good weather.

I took these pictures recently that show Snake Hill Road without its bite: 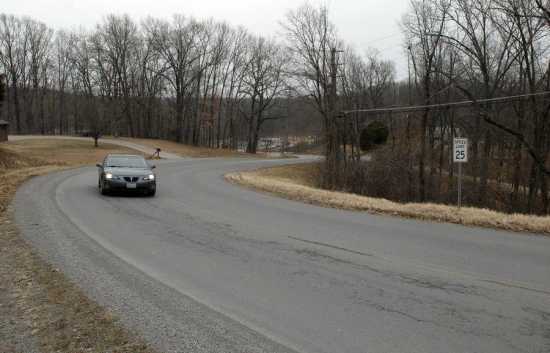 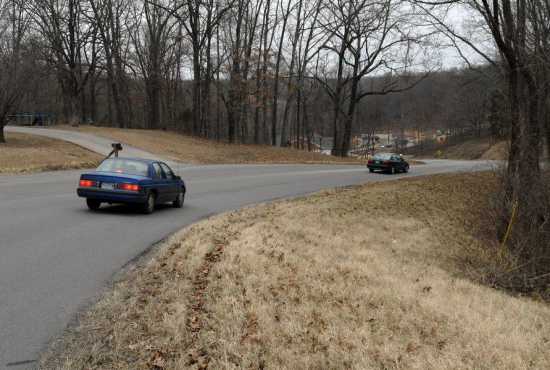 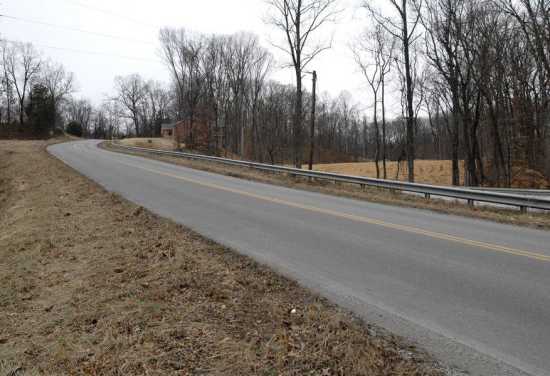