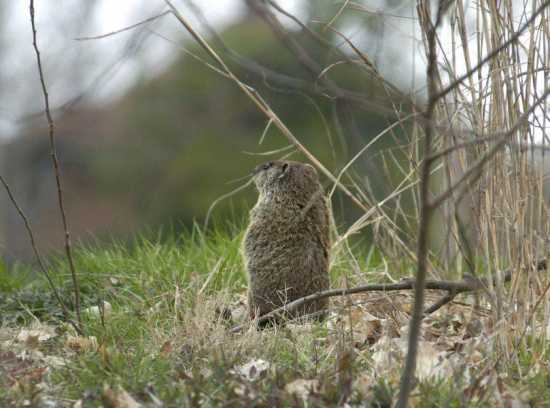 About four years ago, I noticed this furry creature down below the River Campus property that resembled Girardeau George, a local groundhog that gained a bit of fame in the Southeast Missourian on Feb. 2, 1983. 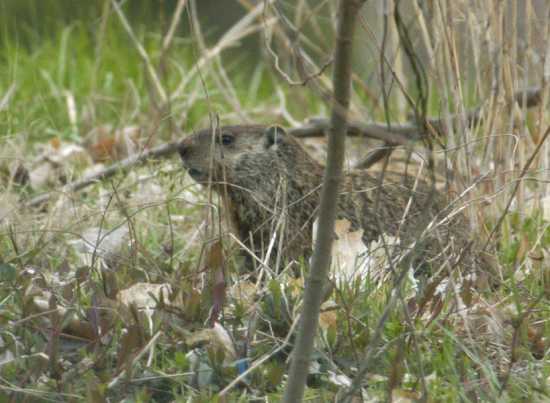 It looked like a groundhog to me, and he kept watch on what I was doing. I was sitting in my car where I assembled the longest telephoto lens that I could. It was the first time I had ever seen one. 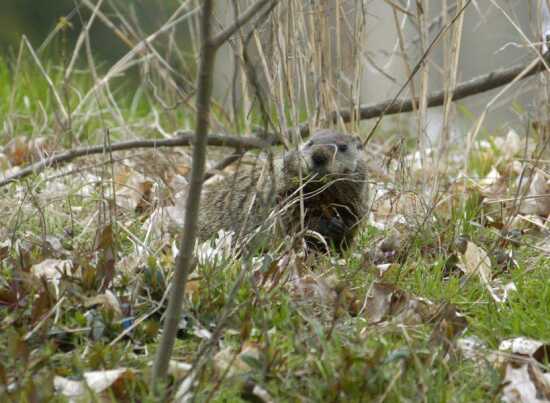 When I carefully got out of the car to try to get a closer shot, he bolted for his burrow. Since that time, I have spotted another groundhog on the property at a distance heading into a storm drain. Much nicer digs than the burrow I photographed in 2005. 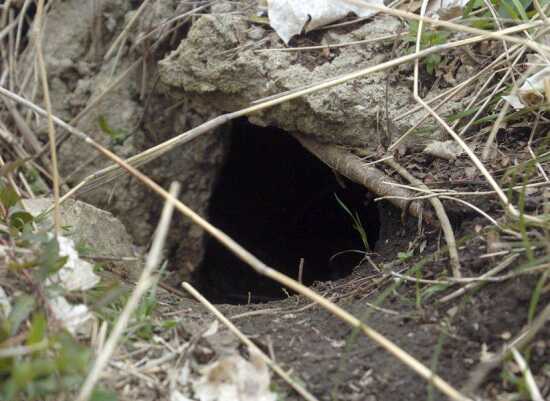 Sally Owen wrote that story. In it, she reported that Girardeau George saw his shadow after rolling out of the sack about 9 a.m. His prediction was in direct conflict with that of Punxsutawney Phil.

"What'd you expect me to do? Come out and dance around the Maypole?" George grumbled. "It's enough getting up and coming outside for this foolishness at all," he said in an exclusive interview.

George talked about the influence he had.

"Just last week, I had a delegation of 17 elementary school teachers try to bribe me with a bushel of fresh dandelion greens and clover in return for a forecast of at least two snow days away from class."

He also complained that groundhogs get no respect.

"You don't see people lining up to buy Hallmark cards for Groundhog Day, or to buy boxes of candy shaped like a woodchuck.

"We get all the silly stuff. 'How many chucks could a woodchuck chuck if a woodchuck could chuck wood.' A dumb tongue twister."

The writer offered, "Maybe someone will invent a new video arcade game called 'Groundhogger.' That would give you some recognition."

"Sure," George snapped. "Look at all the recognition 'Leave It to Beaver' gets for beavers. They're a laughing stock because of it. No thank you."