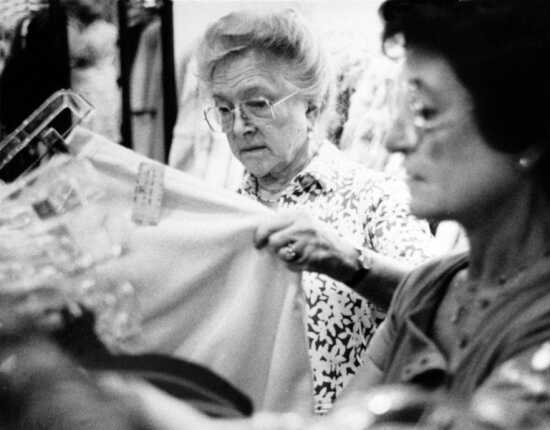 After seeing this story by Rudi Keller that no riverboats will be cruising the Mississippi River this year, I remembered the day I had an unscheduled encounter with Hollywood.

It was on a Saturday, Aug. 18, 1979. Helen Hayes and her adopted son, James MacArthur, were downtown shopping at Hecht's clothing store. They were passengers on the Mississippi Queen which had docked for the day at the Cape Girardeau riverfront.

Hayes (1900-1993) was known as the First Lady of the American Theater. MacArthur had played detective Danny Williams on "Hawaii Five-O" and was known for Steve McGarrett's signature line, "Book 'em Danno!"

Sally Owen was a staff writer then at the Southeast Missourian. She got a call from store owner Martin Hecht who told her they were in the store.

Our experience with Helen Hayes and James MacArthur was mostly "be there." Above is an unpublished picture of Miss Hayes shopping at Hecht's, which was taken at f/1.8 since I did not want to use flash. This exposure in low light was possible using a 35mm camera with Tri-X film. In an earlier era, f/8 would have required using a flashbulb on a 4x5 Speed Graphic.

Below are a few pictures I have taken over the years of the riverboats operated by Majestic America Lines.

The first photo shows the American Queen with its lowered smokestacks about to pass under the old Mississippi River bridge on April 26, 2003. 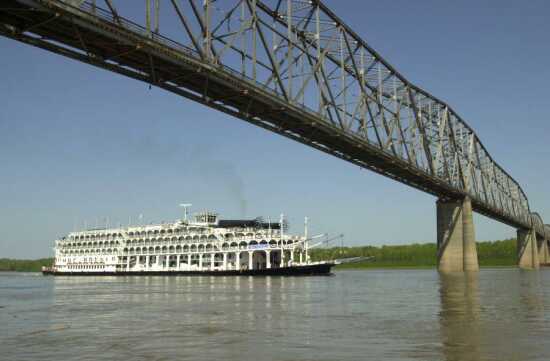 The Delta Queen passes under the old Mississippi River bridge at Cape Girardeau on Sept. 2, 2004. Note the new Bill Emerson Memorial Bridge in the background. 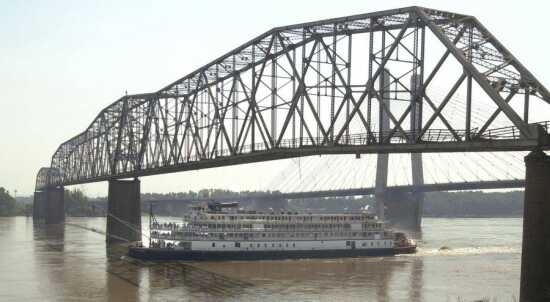 Nixon Sambula ties up the Mississippi Queen at the Cape Girardeau riverfront on April 21, 2005 for its first visit of the year. 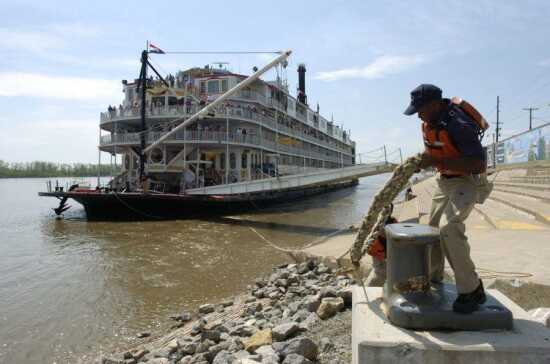 The Mississippi Queen is docked next to the River Explorer at the Cape Girardeau riverfront on April 21, 2005. 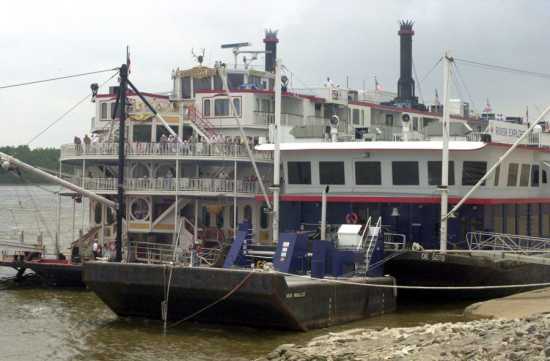