Mike Shain: One of Us 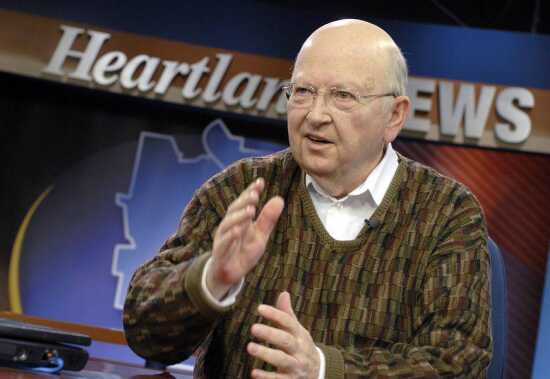 Everyone in the area, region or Heartland knows Mike Shain if they watch the news on television. He recently retired after 36 years with KFVS12.

However, few may know that he started his news career at his hometown newspaper in Sikeston.

Brian Blackwell interviewed Shain for a story in the Southeast Missourian.

I was there to photograph Mike and record a video:

"When I was in high school, I briefly worked at the Standard," Shain said. "I got just enough ink on my fingers to realize I wasn't cut out for that. I don't write very well long-form, so what I was after was, knock it out in 30 seconds."

"A lot of radio is just ad-lib. You don't have time to write it."

He said he was well-trained by Dick Watkins, the manager of KSIM radio in Sikeston, and other people who worked there in news.

"On top of that, at the newspaper I was exposed to a fellow by the name of Bob York. This man had been around the newspaper business for a long time and did not suffer fools, but was very, very willing to help you.

"So what you have to do in this business is look around to the people who have been there, who have been in almost every situation, and learn how they do it. That's basic reporting."

In another video excerpt below, Shain talks about the joy of working in news, the importance of pictures and of his personal interest in the newspaper.