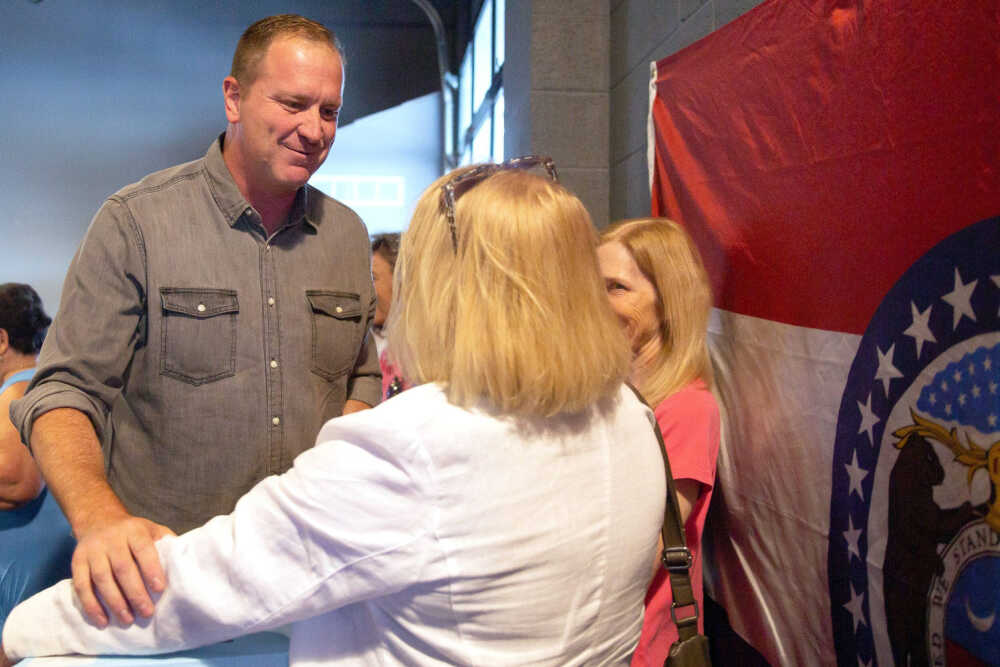 COLUMBIA, Mo. — Missouri Attorney General Eric Schmitt won the Republican primary for U.S. Senate on Tuesday with surprising ease, ending months of worry among GOP leaders that scandal-scarred former Gov. Eric Greitens might win the primary and jeopardize what should be a reliably red seat in November.

In November, Schmitt will be opposed by Anheuser-Busch beer heiress Trudy Busch Valentine, who defeated Marine veteran Lucas Kunce and nine others in the Democratic primary. Both also face a challenge from a well-funded independent, John Wood, who has the financial backing of former Sen. John Danforth.

With nearly 90% of results in, Schmitt had more votes than his nearest two competitors — U.S. Rep. Vicky Hartzler and Greitens — combined, turning what was expected to be a tight race into a blowout.

“I’m proud of my working-class roots, and I’m going to Washington to fight for working families, defeating socialism, and leading the fight to save America,” Schmitt said in his victory speech in suburban St. Louis.

Greitens told a downcast crowd in another St. Louis suburb to “go home with strength and pride.” 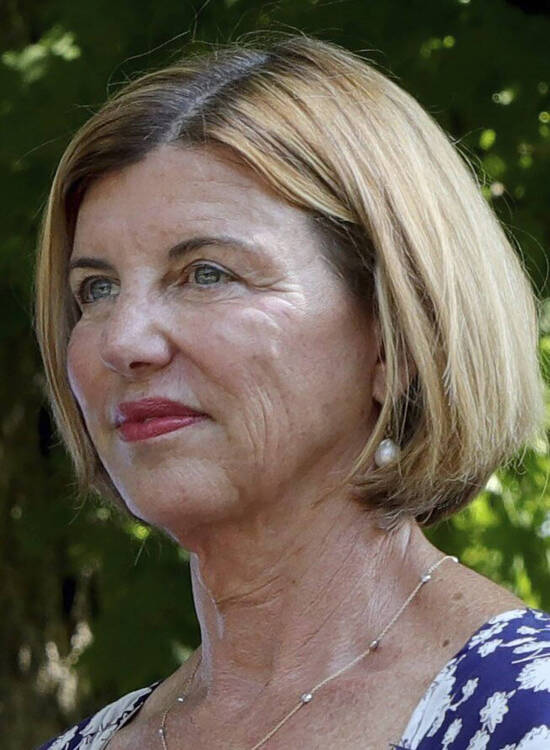 “God has a plan,” Greitens said. “It doesn’t always work on our timeline, but it does work on his. Sometimes we have to practice patience.”

Greitens resigned four years ago following a sex scandal, two criminal charges that were eventually dropped and a legislative investigation that could have led to impeachment hearings. This year, his ex-wife accused him of abuse.

Republican Sen. Roy Blunt’s announcement last year that he would not seek a third term set off a frenzy for his job, with nearly three dozen people in the two major parties filing to run.

Schmitt defeated a field that also included Hartzler, U.S. Rep. Billy Long and Mark McCloskey, who gained notoriety in 2020 when he and his wife pointed guns at racial injustice protesters outside their home.

“I like all of his positions on draining the swamp,” Durham said.

On Monday, former President Donald Trump expressed support for “ERIC,” presumably meaning either Schmitt or Greitens, without picking between them. Comedian and Navy veteran Eric McElroy was also on the ballot in the GOP primary.

“I trust the Great People of Missouri, on this one, to make up their own minds, much as they did when they gave me landslide victories in the 2016 and 2020 Elections, and I am therefore proud to announce that ERIC has my Complete and Total Endorsement!” Trump wrote.

Voter Richard Greenup, a 66-year-old computer programmer from Columbia, said he wants “somebody that’s going to support Trump” and that he chose Schmitt over Greitens because, “good or bad, Schmitt, I don’t think, has that baggage.”

Greitens, a former Navy SEAL officer and Rhodes scholar, had been governor for a year when in January 2018 he confirmed a TV report about a 2015 extramarital affair. He was subsequently charged with felony invasion of privacy for allegedly taking a nude photo of the woman and using it to keep her quiet. That charge was dropped months later amid allegations that the chief investigator and local prosecutor mishandled the investigation.

Greitens, 48, says he was the victim of a political hit.

He faced a second charge accusing him of illegally using a donor list from a charity he founded to raise money for his campaign. That was dropped when he resigned in June 2018 after the Missouri House began an impeachment investigation.

Greitens has denied the abuse allegations from his ex-wife that she made in an affidavit in a child custody case. She cited one instance where he allegedly slapped their then-3-year-old son’s face and yanked him by the hair. In another, she accused him of pushing her to the ground.

Greitens also drew criticism for a June campaign video showing him brandishing a shotgun and declaring he’s hunting RINOs, or Republicans in name only.

Schmitt, 47, has gained attention for lawsuits critics contend are politically motivated. He sued China over the coronavirus; school districts over mask mandates; and the city of St. Louis over its plan to provide $1 million for women to travel out of state for abortions.

“I’ve always been a fighter and as your attorney general I have fought in court to protect our liberties,” Schmitt said in his victory speech, citing mask and vaccine mandates, among other things.

Valentine, 65, is the daughter of August “Gussie” Busch Jr., the longtime chair and CEO of Anheuser-Busch who built the St. Louis-based company into the world’s largest beermaker. The brewery was sold to InBev in 2008. Valentine said she entered the race after witnessing the “division in our country and the vitriol in our politics.”

“After hundreds of career politicians, it’s time for a nurse in the Senate,” Valentine said in a victory speech.

Bob Westlake, 67, and his wife, Mary Jo, 69, both voted for Valentine. The Chesterfield couple liked her push for better health care coverage.

“Health care is a big deal to us,” Bob Westlake said, adding that they have a daughter with a chronic illness and that he and his wife are on Medicare.

Kunce, 39, lost despite the endorsement of Sen. Bernie Sanders. Kunce served tours of duty in Afghanistan and Iraq. Like Senate candidate John Fetterman in Pennsylvania, Kunce fashioned himself as a populist.

Wood’s entry into the race created new drama. Wood, 52, is a lifelong Republican, former U.S. attorney and most recently a top investigator for the U.S. House committee examining the Jan. 6, 2021, insurrection. Danforth’s PAC has pledged to spend up to $20 million in support of Wood’s campaign.