The following story has been submitted by a user of semissourian.com. To submit your own story to the site, click here.
User-submitted story by Jamie Nix 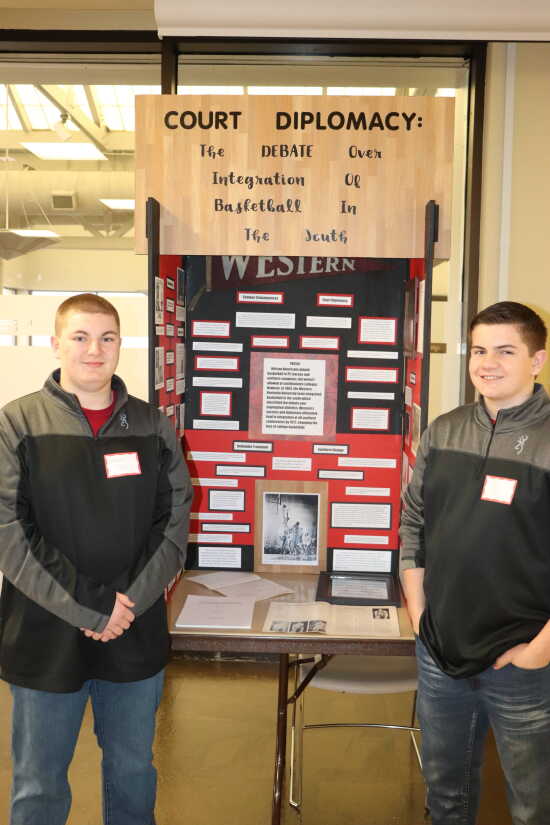 Andrew and Eli Nix of Chaffee were recently named State Champs for their Senior Group Exhibit for National Hisotry Day Missouri. They have qualified for the National competition to be held in June. They were also awarded one of the Strickland Memorial African American History Prizes. They advanced to the State competition after taking first place at the District 9 contest held at Southeast Missouri State University in March. Their exhibit "Court Diplomacy: The Debate Over Integration of Basketball in the South" shares the story of the Western Kentucky University basketball team that helped integrate college basketball in the south. Their great uncle Steve Cunningham, a 1962 graduate of Chaffee High School, played on that historic team. This is the second year in a row the boys have qualified for Nationals. Andrew is in 11th grade and Eli, 9th grade at Chaffee High School. They are the sons of Dr. Shawn and Jamie Nix of Chaffee, MO. They grandsons of Mick and Linda Wessel of rurual Cape Girardeau, MO and Tommy and Debbie Nix of Carnegie, OK.