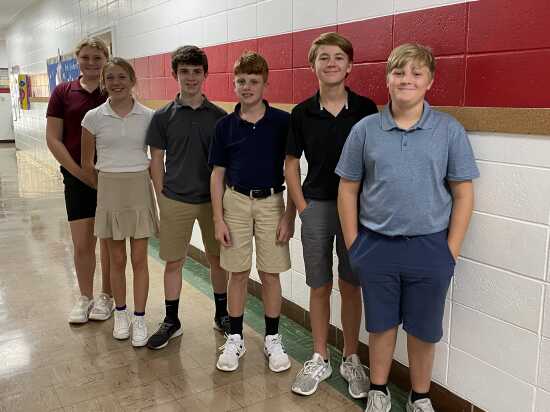 Guardian Angel Jr. Beta Club conducted their first meeting of the school year on Friday, September 17, 2021 at Guardian Angel School. The officers for the 2021-22 year were elected at the meeting. The newly elected officers were: President, Reid Hobbs; Vice-President, Porter Gadberry; Treasurer, Ava Forehand; Secretary, Cora Woods; Chaplain, Cooper Bryant; and Peacekeeper, Weston Woods. Also, discussion was held for upcoming projects that Jr. Beta would sponsor. They decided to have a dessert stand at the Cornhole Tournament on the KC grounds of Oran on Saturday, September 25 and an activity at the Halloween Carnival held at Guardian Angel School on Friday, October 29.