Media personalities who made Southeast Missouri their home 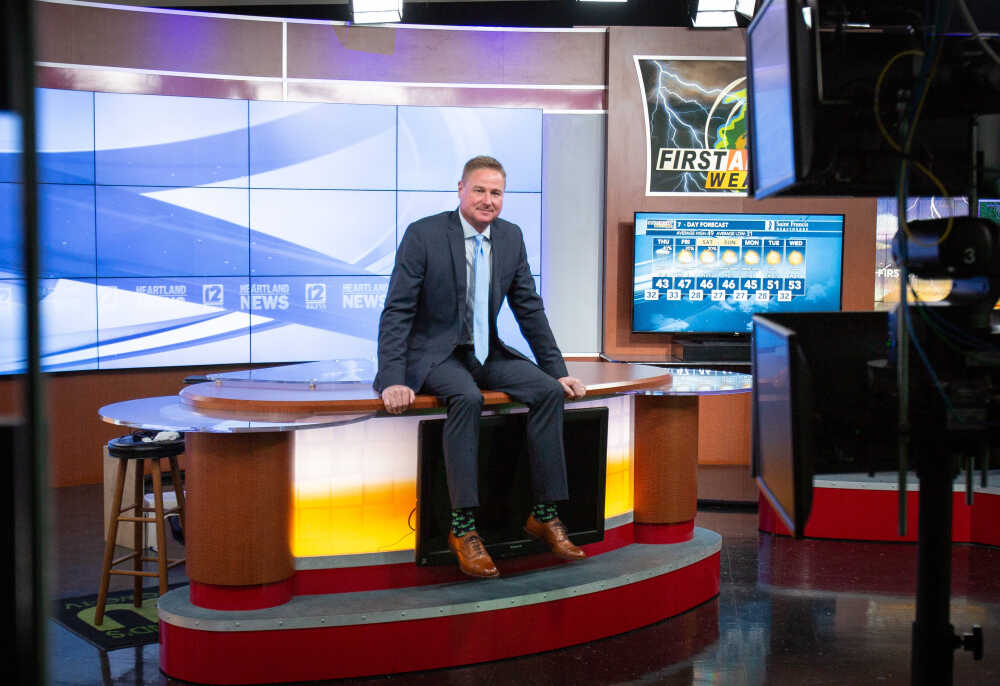 Jeff Cunningham is the evening news anchor at KFVS12.
Aaron Eisenhower ~ B Magazine
Order this photo

In the media business, moving to larger markets every few years is oftentimes a measure of success. In Cape Girardeau, several of the local “media stars” have established roots, reducing the high turnover the industry typically sees. B Magazine spoke with four local media members who have chosen to stick around the area and now call it home, each with no plans to leave any time soon.

During high school in Oklahoma, Jeff Cunningham worked as a disc jockey at a little radio station, and from that point on broadcast journalism became his career focus.

“I was the only person I knew in college that didn’t change majors,” said Cunningham, anchor of the nightly newscasts for KFVS12 and Fox 23 KBSI.

Cunningham moved around after college from Texas to Florida and back to Oklahoma, where during his fourth TV job he met his wife Andrea.

“After Andrea and I got married, I wanted the next move to be one where I put down some roots,” he said.

Cunningham said he had an agent who presented an offer in Tulsa that he was leaning toward until the option of Cape Girardeau came up.

“I’d never heard of Cape. I came for the interview and was blown away. I was blown away by KFVS — it is just such a great station, with long-term people like Bob Reeves and Mike Shain at that time. And I thought, ‘Man, this is what I want, this is the type of place that I want to land.’”

He turned down Tulsa and took the job at KFVS in 2003.

The Cunninghams now consider Southeast Missouri home. Daughter Holland enjoys attending school in Jackson, and they like the small-town feel with easy access to St. Louis.

When daughter Melaina got sick with Nemaline Myopathy, the Cunninghams felt the embrace of KFVS and the community. From local businesses to nonprofit organizations, they found support to build the all-inclusive Melaina’s Magical Playland in their late daughter’s memory.

“Everybody who chipped in made that project possible. We got big money from some places, and then I would get the occasional $5 bill from a grandma that just wanted to help out — so that’s something that we’ll never forget. We appreciated that, we still do,” Cunningham said.

The pandemic has changed his schedule where he now stays home for the 5 p.m. and 6 p.m. newscasts, has dinner with his family and goes in for the 9 p.m. and 10 p.m. news. Being home more has benefits, Cunningham explained.

“One of the things that I’m really enjoying is picking Holland up from school. I never could do that before the pandemic, and it’s one of my favorite parts of the day,” he said.

Between the work and home hustle Cunningham likes to golf, and he and Andrea enjoy going to local wineries. However, since the start of COVID, his favorite thing has been sitting on the back deck enjoying the weather.

One of the other things Cunningham loves about this area is the friendliness of those who live here.

“I don’t know if I could ever live anywhere where you don’t wave at your neighbors if you drive by. Some of them, I don’t even know their names, but as we drive by, they wave, you wave. It’s a wave kind of place, and I dig that.” 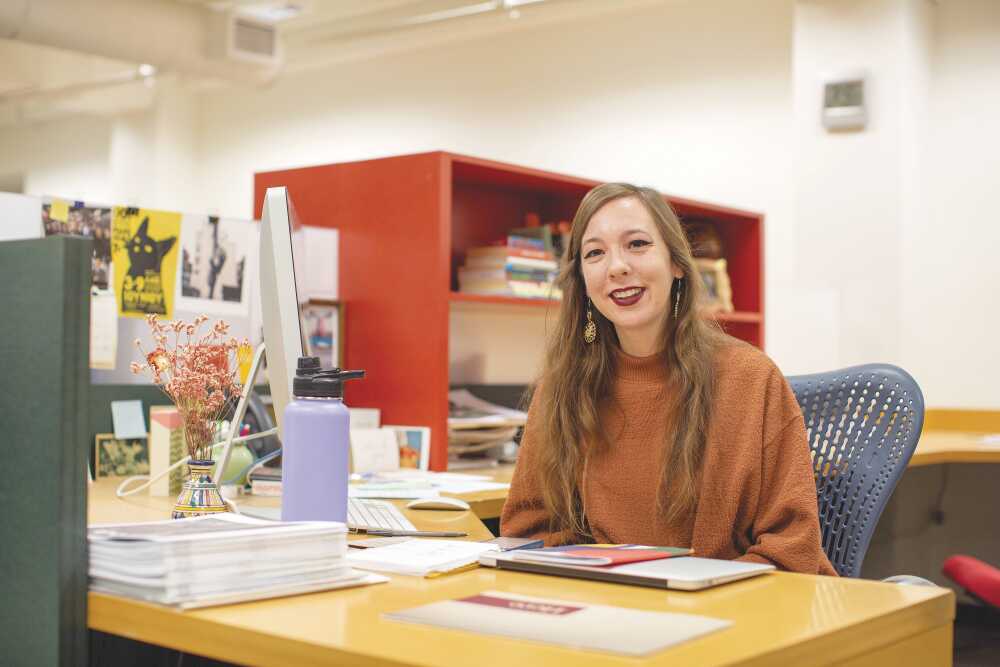 Mia Pohlman wears many hats. She is a writer at rustmedia and editor of special publications consisting of Flourish Magazine, TBY (The Best Years) and Mind + Body. She develops ideas and writes, coordinates a staple of freelance writers, and works with publication designers to be sure the final product is perfect.

But it doesn’t stop there. She recently designed Here., a literary magazine for high school writers and artists in Southeast Missouri schools. Pohlman also works with Southeast Missouri State University’s student publication, The Arrow, as their content advisor.

“I have always loved to write,” she told B Magazine. “When I was around 3 years old, I wrote my first book. My mom has a Walmart bag full of books that I wrote and illustrated.”

By the fourth grade, Pohlman wrote her first column for the Perryville Republic Monitor and continued to write for them as the elementary school correspondent.

The love of writing continued during high school and into college, where she started a column in the Southeast Missourian. That column continues today, regularly appearing on the newspaper’s Faith page.

Pohlman studied English and secondary education in college for undergraduate and graduate school. As school was coming to a close, she wasn’t sure of her next step.

She heard about the opportunity with rustmedia and was hired by January 2018.

“I love what I get to do, and I think writing is just part of who I am and part of what I do,” she said. “It’s hard to think about actually getting to do it for a job.”

In response to the challenges of COVID-19 and limitations on the annual Flourish Ladies Night Out, Pohlman and co-worker Jamie Phillips launched the Flourish Lunch Date. At noon every Thursday, Pohlman talks via Facebook Live to a local woman allowing viewers to hear about her life, interests and see a demonstration about something the woman loves to do.

When not in the office, Pohlman enjoys hiking and being outside, writing, reading and just being with good people. She is from Apple Creek, graduated from Perryville High School, and has a deep love for where she’s from.

“I love this area. We have a family farm that has been in our family for more than 120 years. I love to have that connection to that land and to my family and my grandparents and everyone who’s come before me,” she said.

Having traveled and witnessed the beauty of sunsets from various places, including Athens, Greece, Pohlman believes Southeast Missouri has the best sunsets in the world.

“Southeast Missouri is golden — maybe that sounds really cheesy but like golden hour. I think the people here have a lot of grit, and yet at the same time a lot of tenderness as well. It’s that really good and beautiful combination of those two qualities.” 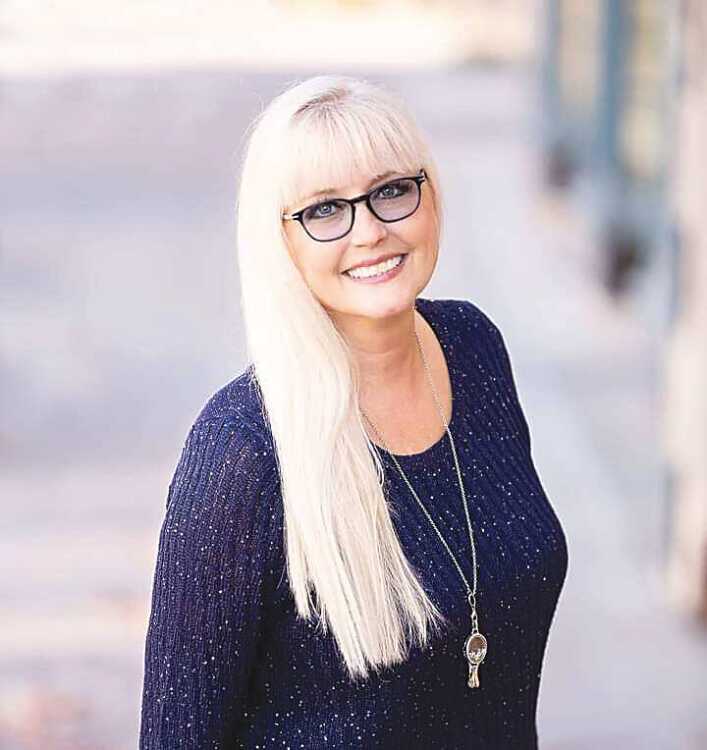 Faune Riggin was a “nobody 24-year-old” working in a restaurant in Bismark, N.D. when a customer heard her voice on the loudspeaker doing trivia and offered her a job in classic rock radio.

During the same time frame, she won a pageant title. These two things led to her being offered a job in television.

She did TV weather for five years and “hated it.” Eventually, Riggin was offered a job in news talk radio and found a career home.

Riggin, program and news director for KZIM-KSIM and the producer and host of "Real Talk with Riggin" morning show, moved to Missouri just before the terrorist attacks of Sept. 11, 2001.

Her schedule is a rigorous one, getting up at 3 a.m. and leaving for work around 4:15 a.m. Once at work and her show is completed, she produces shows for the future and reads three to four hours every other day for guests that she’s going to have on.

“And since I’m single, I do all my own yard work, housework on my own, so I usually drop exhausted into bed about 8:30 p.m.”

When she moved here, Riggin was worried because she “hasn’t always had a good experience with people.” But she found everybody was welcoming to her immediately.

“I would just say if you felt like you were going over the river and through the woods, and you knew that it was going to smell like cookies and feel warm and fuzzy, that’s pretty much Southeast Missouri.”

Outside the office, Riggin is a devout Dallas Cowboys fan. After finding herself in trouble with her brothers for getting in front of the TV when the Cowboys were playing, she decided to start watching the game with them. She’s been a fan ever since.

In addition to radio work, Riggin has written a song on a gospel album, authored short stories, and has a book yet to be published. She’s helping raise her grandkids, and seems to have an affinity for adopting shelter pets having adopted a German Shepherd, two birds and two cats.

Riggin said she has zero plans of leaving the area any time soon. 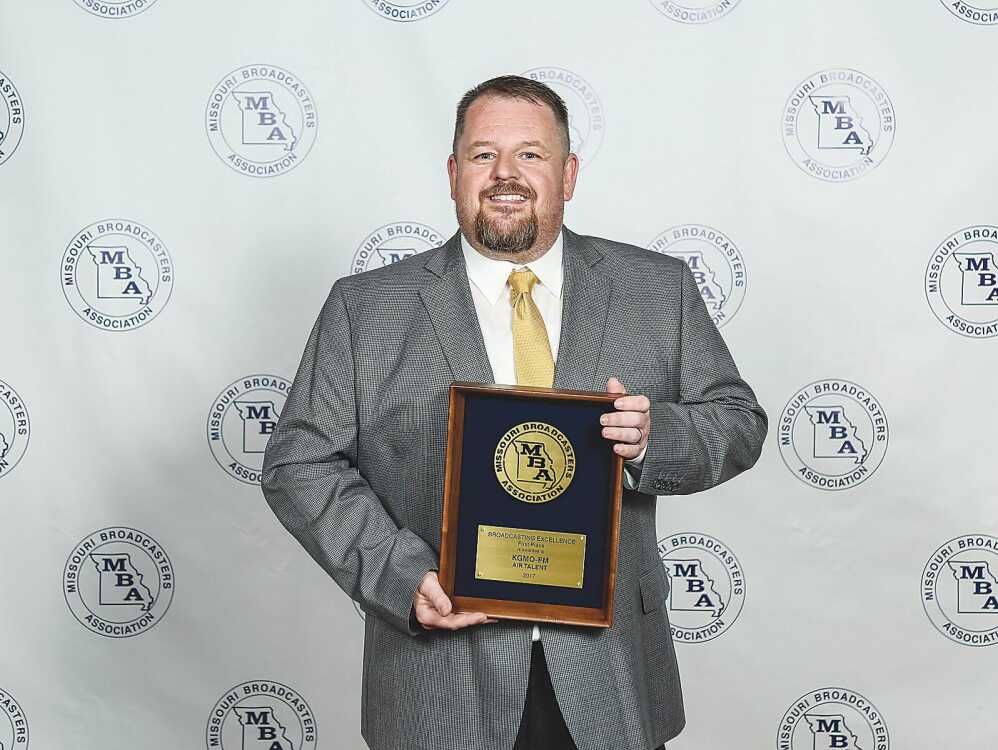 Steve Thomas spends his mornings bringing listeners the “Morning Drive” on KGMO from 5 to 10 a.m. each weekday playing classic rock and entertaining listeners. But he didn’t always know he wanted to be in the radio business.

“I started in nursing school and wasn’t happy with what I was doing,” he said, adding that a volunteer experience with a college radio station helped him forge a new career path.

Originally from West Virginia, he bounced around a few different spots but has been in Cape Girardeau for almost 14 years. Once he got settled in, he liked the company, the area and decided to stay and make it home.

His family is plugged into a local church, and they’re involved in multiple activities with their kids’ schools such as youth football and PTO.

“And so to leave here, we would be leaving a lot more than just a job,” he said.

When hiring someone for the radio station that lives out of town, Thomas stresses to potential employees that between Cape Girardeau, Jackson, Scott City, Sikeston and Perryville — it’s a fairly large community. Thomas also sees business and restaurants as benefits.

“You can really draw people in knowing that you’re going to have not only the national restaurant and business chains that people expect to see in larger areas, but also some great local businesses as well,” he said.

For these four individuals, whether through local connections or growing to love the area as transplants, Southeast Missouri is home. A combination of the area’s friendliness, market size and quality of life amenities all play a role, making this area more than a stop on the career ladder.

Rapid fire questions with local media personalities
By Maria Swan Childress ~ B Magazine
What are you reading? Mia: "Iliad" by Homer Jeff: "The Devil Colony" by James Rollins Faune: "Civil War Commando" by Jerome Preisler Steve: Industry magazines Do you have a favorite podcast? Mia: The Scout Podcast Jeff: Literally! With Rob Lowe Faune: I don't listen to podcasts...
More to explore 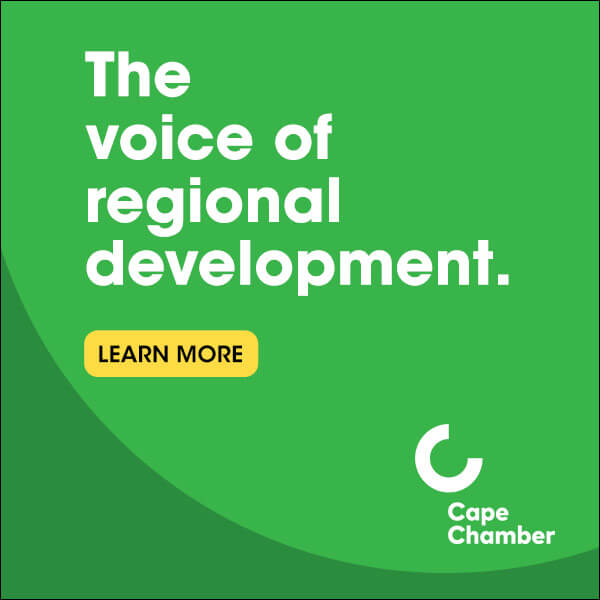