Jackson superintendent Link to retire in 2021 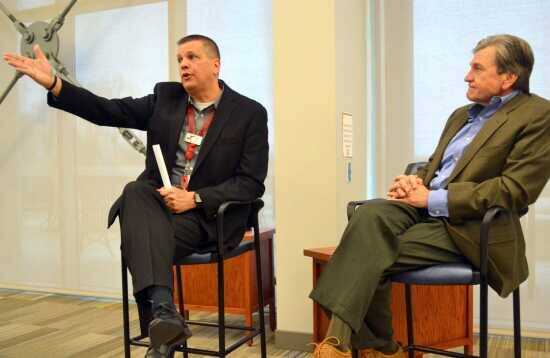 Link has served in education for 32 years, 19 as a superintendent. June 30 will complete his sixth year at Jackson, Pobst said.

Among Link’s accomplishments are implementing a strategic plan; a One 4 One initiative to give each student a digital device; property purchased in Old Orchard for future expansion; and the $24 million Proposition J bond issue, which included remodels or additions at West Lane Elementary, Jackson Middle School, North Elementary and a new building at Jackson High School.

Enrollment in the district has increased by nearly 1,000 during his tenure as superintendent.

“It was an extremely hard decision to retire, but after a very successful career in education, I am excited to focus on my family and I am anxiously awaiting the arrival of my first grandchild in late October,” Link said in the news release. “It has been an honor to serve the students, staff, teachers, parents and community members of Jackson.”

The remainder of the school year includes completing a planned expansion at R.O. Hawkins Junior High School, and completion of the first semester of Ignite Online, the school district’s virtual-instruction program.

“The board of education extends its appreciation to Dr. Link for his 6 years of service at Jackson. Our district has made some tremendous strides in many areas such as technology and facilities expansion under his leadership,” Kelly Waller, board of education president, said in the release.