Lessons from Eisenhower, seen in the lives of Drury, Buhs and Shanks 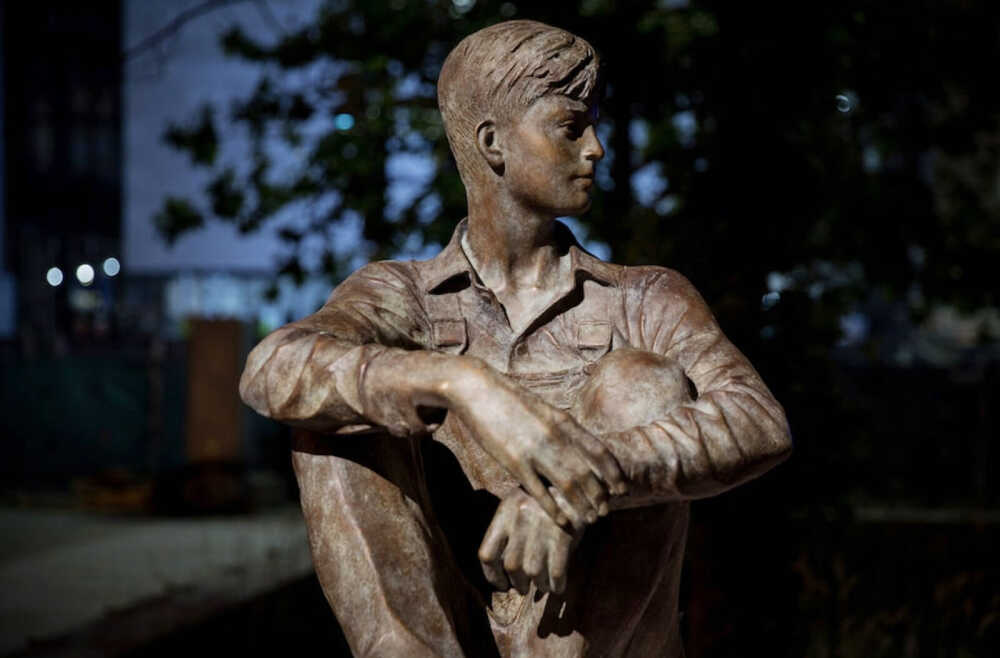 They represent an era in America marked by honor and humility, service and God-fearing Christianity, embodied in imperfect men and women who strove to love and serve others, build families and prosper. In the past week, several of these American heroes have been on my mind: Dwight D. Eisenhower, whose memorial opens in Washington, D.C., on Sept. 17; and Charles Drury, Ray Buhs and Connie Shanks, all in their 90s, who died this month.

In what may be one of the last of its kind, given our nation's current division over statues, the Eisenhower Memorial will be dedicated on Thursday, paying tribute to the rural Kansas boy who grew up to lead the Allies to victory over totalitarianism in World War II, then as president, who sought to foster peace around the world. It is a memorial that was initially approved in 1999 but has taken 21 years to be designed and changed and finally built. Featuring (off to the side) Eisenhower as a boy perhaps pondering the what-ifs of his future, the main design displays the wartime general talking to his men before the D-Day invasion in one section, and as president with White House staff in another. Connecting the two "tableaus" and looming above is an intricate "tapestry" of steel, which becomes clear especially at night as depicting the cliffs of Normandy at peace.

Eisenhower was a humble leader, who was quick to credit others for his success. "Humility must always be the portion of any man who receives acclaim earned in the blood of his followers and the sacrifices of his friends," he wrote. Often scoffed at by intellectuals when he was president -- but considered a genius now -- this amiable, church-going man represented a leadership of humility, humanity, optimism and respect, sorely missing today.

Charles Drury, a farm boy from Kelso, Missouri, was drafted into the U.S. Army Corps at age 18 in late 1945, spending his 22-month term primarily in the Pacific. When he was discharged in 1947, according to family history, "His father and oldest brother, Tom, met him at the train station at 6 a.m., with Charles' plastering clothes in the truck. Only after finishing work on his first day home did Charles get to see his mother and younger siblings." That plastering work was the beginning of Drury Hotels, which now spans much of the country, and has been recognized annually for being at the top of its class nationally in hospitality. Throughout their success, Charles and his entire family have been quick to credit their team, and they have been generous in their support of church and community.

To hear Drury talk -- as I did over the years at various Cape Girardeau functions -- was to hear a man dedicated to things greater than himself. He died Sept. 7; he was 92 years old. In a statement, his company noted: "He knew the values and life lessons learned on the family farm in Kelso almost 100 years ago remain true today: give everyone a square deal, tell the truth, pray, work hard and give until it hurts."

Ray Buhs served in the U.S. Navy, first in the South Pacific during World War II, and then in Korea. When he returned home, he built a career and family marked by devotion, service and love. He was 94 when he died on Sept. 4; he and his wife Evelyn were married for nearly 74 of those years.

I had the honor of serving with Ray on the board of the Greater Cape Girardeau Benevolent Association, where he was a quick wit and knowledgeable contributor. Even after he retired, he maintained a busy schedule, volunteering in numerous civic groups and boards. Just recently, at age 94, he was re-appointed to the city's Board of Adjustments.

The recipient of the Southeast Missourian's Spirit of America award in 2018, Buhs told the newspaper: "Everybody owes something to the community, just like you owe something to your church. I think that everybody ought to give something back." For all of his adult life, without seeking attention, Buhs did exactly that.

Connie Shanks died this week -- and on Friday her life will be celebrated with family in Bloomfield, where she will be buried near her husband of 69 years, John, who passed away in 2015. She was 94.

In 1999, she and John welcomed into their home my future wife -- a work-abroad student from Belarus -- becoming her "American grandparents," and treating her like one of their own. Together they taught, "You're as good as anyone else, but better than no one." And they imparted lessons about church, family and service. For as long as I knew Grandma Shanks, and as long as anyone could remember, she attended church twice a week, usually bringing a casserole dish of food with her.

To visit her home was to be wrapped in stories of family and friends, told with love and support, a mischievous glint in her eye at times, and a squeeze on your hand if within reach. One time when I had given up dessert for Lent, she placed a large slice of home-made chocolate pie in front of me, took her own, and after a bite, exclaimed: "My that's good. I'm sure the Lord would understand."

She loved children, her family, gardening and fishing, and her Baptist church. But the apple of her eye was her husband, whom she snagged upon his return from World War II. "He was handsome," she would say with a twinkle.

In fact, through John she had a sort of connection to Eisenhower. Her husband had served Lt. Gen. George S. Patton in a special unit, first in England, where he was among a group of soldiers who moved decoy tanks, plywood planes and fake armaments around at night to confuse Nazi planes on where the D-Day invasion from England might embark. John then served Patton in Germany, before coming home and meeting this spry beauty from Blytheville, Arkansas.

At their house in Bloomfield, their pride for America -- and its goodness -- was ever evident. And it was displayed in their caring for others, no matter anyone's backgrounds, success or race.

Care for others. Faith. Family. Hard work. Humility. These are among the qualities that once made America great. Patriotism of the highest order; embodied locally in names such as Drury, Buhs and Shanks.

[For information about the Eisenhower Memorial unveiling, click here]. 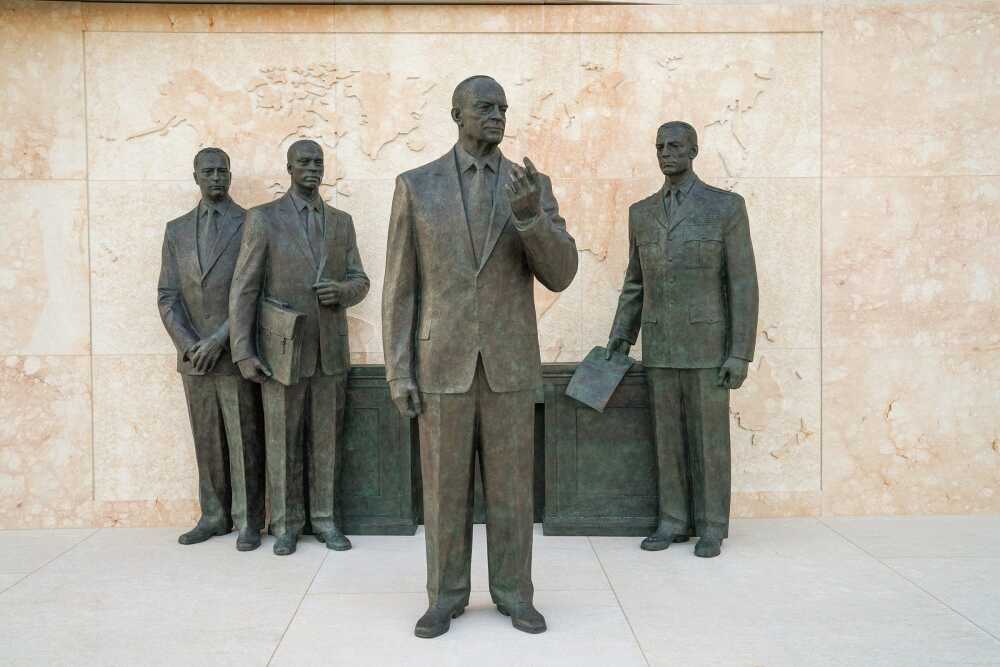