Church signs and the people who curate them 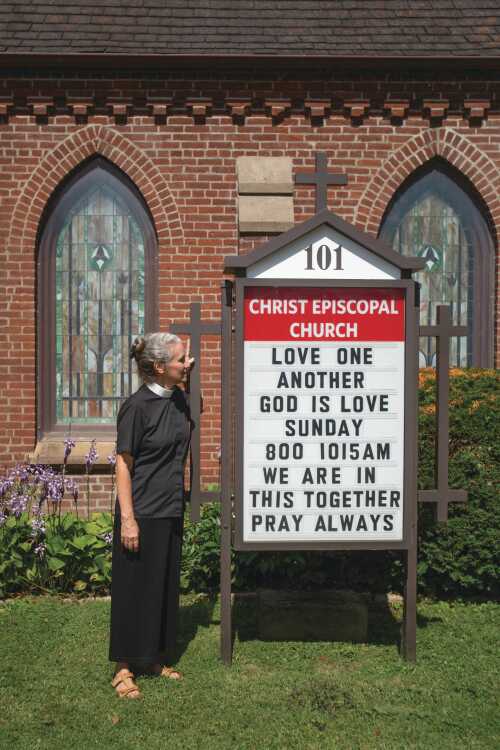 Rev. Edie Bird stands by the sign at Christ Episcopal Church in Cape Girardeau on Thursday, July 2. The marquee at the church often carries messages of social justice.
(Photo by Aaron Eisenhauer)

Often eye-catching, sometimes funny, usually prompting a pause for reflection, church signs that display different messages have been a staple of church life for many decades. They serve as a method of communication with church attendees and passerby alike, sometimes displaying a Scripture passage the church community is reflecting upon, sometimes communicating a lighthearted joke, sometimes passing along important announcements. However they are utilized, church signs give passerby a feeling of what is important to that particular church community and oftentimes provide good food for thought.

Here, we feature a few area churches' signs and talk with their curators about how they approach communicating with their community and the broader world through the art of putting up a message.

Rev. Edie Bird at Christ Episcopal Church in Cape Girardeau changes the message on the sign for her congregation. She says she tries to respond to what is happening in the world through the messages she chooses.

"There's two things I kind of look at," Bird says. "One is the seasons of the church year, which also kind of dovetails with the natural seasons, so I like to put something up in general that relates to the season we're in. And then of course have the times for the services in case somebody's walking by and says, 'Hey, that's a nice church, maybe I'll go there.' ... So then the other part is when something happens that it seems like it's good to send a message out that could be helpful, I do that."

As one example, Bird says when the mosque was burned in Cape Girardeau, she changed Christ Episcopal Church's sign to offer a message of support for the people who had been affected, to show her congregation's love for them and the fact that they want them to be a part of the community. 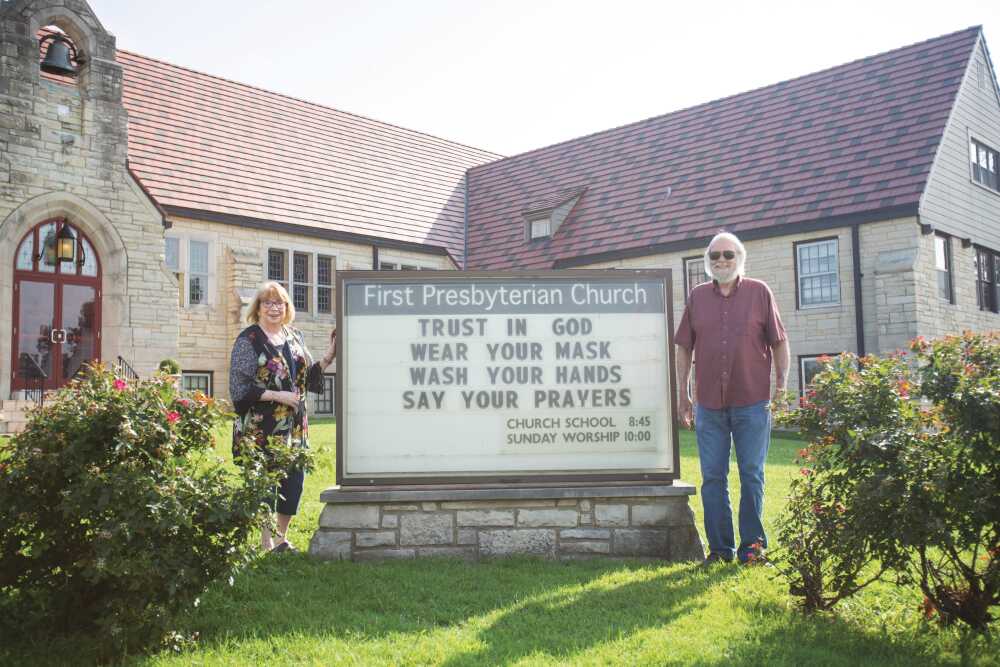 Ellynn and Len Barnicle have been curating the sign at First Presbyterian Church in Jackson for nearly two years. The two have been members at the church for 40 years, since they moved to Jackson from St. Louis in 1980, and Len is an elder of the church. All three of their children were married in the church, and most of their grandchildren were baptized there, as well.

Admittedly not people who like to be the center of attention, Ellynn and Len say they enjoy serving their church community through curating the sign. They also help with the first Sunday meals the church puts on when it is operating normally outside of COVID-19; Len says he enjoys cooking at these.

"I think it's a way that we can help, and it helps out the church in a very simple way," Ellynn says of curating the church sign. "We're kind of more behind-the-scenes people; we don't like to get out in front and speak a lot or up in front of the church, so we can do this, and it's our way of serving. ... It is another way of speaking."

Ellynn says she tries to make the sayings on the sign appropriate to holidays or whatever is going on in the world and often uses Google or takes into consideration suggestions from other church members when deciding what to display on the sign.

"We keep it short. Because people have got like three to five seconds to read it when they go around the corner," Len says, referring to the Jackson roundabout their church stands next to. "We like to imagine that people are smiling when they read the sign and go by. That's good enough for us." 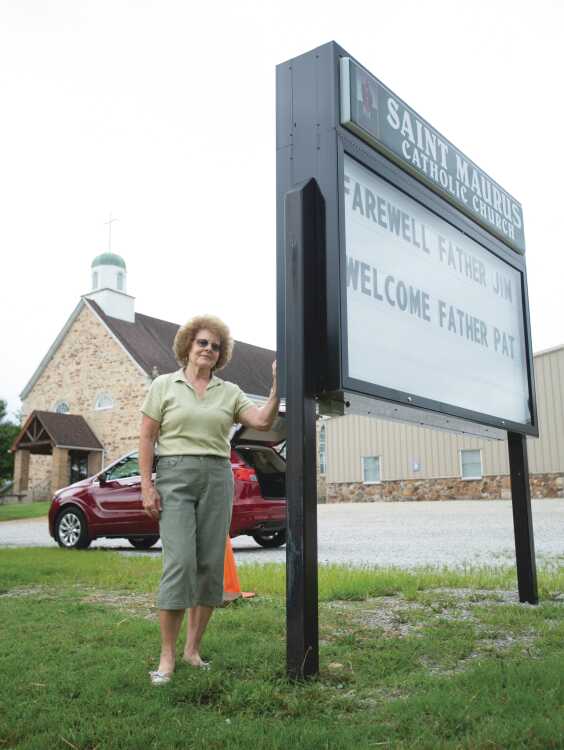 Church signs can also be used to communicate to parishioners and passerby church news, happenings and changes in the church. That's how Mary Laurentius, parishioner at St. Maurus Catholic Church in Biehle, Missouri, utilized her church's sign that she curates in late July when the church was transitioning priests, as a way to say good-bye to Fr. Jim French and welcome Fr. Pat Christopher in the midst of the pandemic.

"I try to make it where the wording affects everyone ... because that's kind of what you're supposed to do; it's a parish thing," Laurentius says. "Most of the time, I find it from different Scriptures that I read, and sometimes I'll pull stuff from Sunday Mass or out of the bulletin."

Laurentius says she also gets ideas from other parishioners or people who stop by to talk while she is changing the letters on the sign.

Laurentius has been a parishioner at St. Maurus for 49 years, since she and her husband, Gerald Laurentius, moved back to Biehle from St. Louis, where they lived for approximately five years. With the exception of those five years, Gerald is a lifelong member of the parish; Laurentius grew up in St. Maurus' sister parish a few miles down the road, St. Joseph Catholic Church in Apple Creek, Missouri.

Laurentius echoes a familiar refrain amongst those who curate church signs.

"To me, this is so simple to do, I don't even think it's a big deal," Laurentius says. "So it's kind of hard to talk about it because it's so simple."