The following updates were rounded up from news sources such as The Wall Street Journal, Washington Post, New York Times and various scientific journals, and include some local follow-ups.

Several potential vaccines around the world have moved into the next stage of trials with two in the United States now in 30,000-person studies. Early results are promising, leading health officials to start discussing who will receive the vaccines first. The commonly identified initial recipients: first responders, doctors, nurses, other critical health care workers and national security personnel. 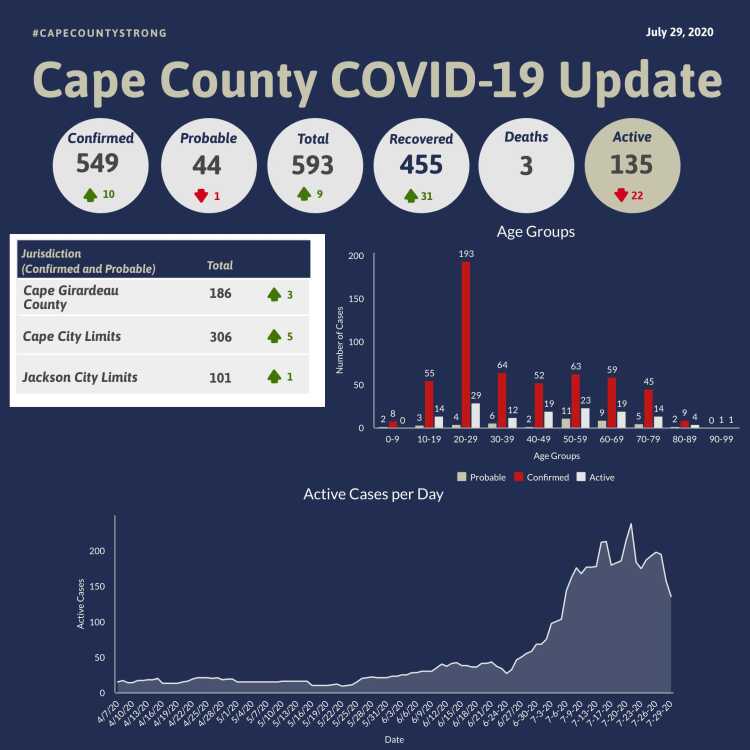 Officials describe the vaccines as "reactogenic," meaning they have induced short-term discomfort in some of those in clinical trials who received the vaccines. A story on the STATnews website, which covers medical research, reports: "Discomfort can include headache, sore arms, fatigue, chills, and fever." The article quotes several health experts encouraging the public to understand the possible side effects once the vaccines are ready, while underlining that the benefits far outweigh any short-term discomfort if the vaccines are proven safe and effective.

"As with many vaccines, we have found that if we let people know what to expect, then they have fewer concerns if side effects happen," Kathleen Neuzil, director of the Center for Vaccine Development at the University of Maryland School of Medicine, told STAT.

Other reports highlight the record pace at which Covid-19 vaccines are being developed with partial credit assigned to the Trump Administration's "Operation Warp Speed," a public-private partnership created "to deliver 300 million doses of a safe, effective vaccine by January 2021 as part of a broader strategy to accelerate the development, manufacturing, and distribution of COVID-19 vaccines, therapeutics, and diagnostics."

While it is too early to declare success, American medicine has never moved so aggressively, say science experts. Even the New York Times said the availability of a vaccine by year's end "would be a spectacular achievement." A key factor is that the program initiates mass production of multiple vaccines based on preliminary evidence, which will enable faster distribution if clinical trials confirm safety and efficacy.

National Institutes of Health Director Francis Collins told Modern Health: "Yes, we're going fast, but no, we are not going to compromise [on proving whether the vaccine is safe and effective]."

"We are focusing on speed because every day matters," added Stephane Bancel, CEO of Massachusetts-based Moderna, which is developing one of the vaccines now in mass trials.

President Trump has been criticized for his administration's hesitation in coordinating a national response, but in developing vaccines, the White House is leading an unprecedented and historic effort.

Government-ordered mask mandates continue to be controversial, but evidence has only strengthened over time that wearing masks significantly lowers transmission. New research even indicates that masks not only lessen the spread to others, but they can provide some protection to the wearer even if the mask is cloth and not N95. Masks also appear to lessen the "viral load" that infects an exposed person so he or she doesn't get as sick if they do contract the virus while wearing one.

Meanwhile, "real world" observations of countries (and cities) where masks are used -- or were not used and then mandated -- continue to chart the benefits of mask-wearing. Simply: Where masks are worn, the rate of transmission and severity of cases are less.

One often-cited observation concerns a Great Clips hair salon in Springfield, Missouri, where two stylists had close contact with 140 clients before they knew they were infected with Covid-19. Everyone had worn a mask, however, and none of the clients tested positive.

Are there counterpoints to the efficacy of wearing masks? Yes. Some health officials are concerned that face coverings give people a false sense of security. And many people wear them improperly, usually by not covering the nose because it is uncomfortable. Others don't remove masks in the right way nor wash them as they should. Still, evidence continues to mount that wearing a face covering is one of the best things we can do. Many experts even make the argument that widespread mask use -- by 80-95% of the population -- would be even more effective in reducing the spread of Covid-19 than a strict lockdown.

That's one of the reasons President Trump has started to describe mask-wearing as "patriotic." By wearing a mask when social distancing is not possible, we can help our country -- and economy -- recover faster as we prepare for a vaccine.

A few weeks ago the Southeast Missourian reported about a local church with several infections, including of the lead pastor. The associate pastor cited a church activity followed by a group meal at a local eatery as possible points of exposure. According to one church member who was tracking the number of people who tested positive, exhibited symptoms or self-isolated out of caution: "We stopped counting at 50." County Health does not comment on such matters and church leadership has been hesitant to respond to newspaper inquiries, so this number is not confirmed.

But the event is a reminder that group gatherings -- and that includes church activities -- are places to be exceptionally careful.

In Cape Girardeau County, after a sharp spike upwards for a month, the number of active cases is starting to decline. Hospitalizations nearly doubled since late June but have remained stabilized at a number well below capacity (which is also well below worst-case projections). No new deaths from Covid-19 have been reported since May 29, more than two months ago. The total number of Cape County deaths remains at three (each of whom was over 70-years old). That's all good news, underlining that we should not panic about the disease even as we take sensible precautions, particularly to protect the vulnerable.

Finally, a couple weeks ago, I reported how Rust Communications is managing its workforce around Covid-19. Within a few days of the column, the number of infections in this company -- which operates in 8 states -- jumped from two to six. Several who may have been exposed are in self-isolation. On the good side, all who tested positive are recovering well. And even the editor who was hospitalized in Arkansas, for whom we were greatly worried, has now tested negative and returned home. I want to thank everyone who lifted up prayers of support.

Keep safe. Wear a mask (if for no other reason than to help keep our economy open). And thanks for supporting each other with kindness and respect.

View 26 comments or respond
Community discussion is important, and we encourage you to participate as a reader and commenter. Click here to see our Guidelines. We also encourage registered users to let us know if they see something inappropriate on our site. You can do that by clicking "Report Comment" below. Our goal is to create a place for robust and civil discourse about our community, state and nation.