The following story has been submitted by a user of semissourian.com. To submit your own story to the site, click here.
User-submitted story by Carlie Lee 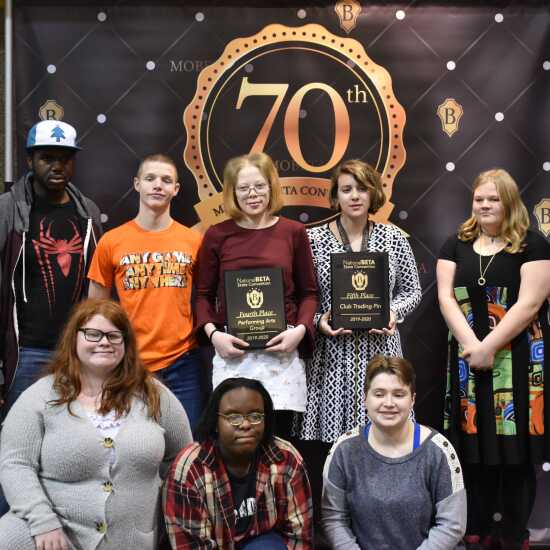 St. Louis, Missouri – The last few months, Beta Club members from Missouri School for the Blind (MSB) have been working hard to submit their entries for the National Beta Virtual Convention. In late July, they were able to celebrate that hard work when announced as 3rd winners of the Club Trading Pin competition.

MSB holds one of only two US chapters of National Beta Club to be held by a school for students with visual impairments, and is the only one of those two chapters to compete nationally in recent years. Beta Club provides MSB students with an opportunity to interact with – and compete against – their sighted peers at the state and national level.

The MSB Beta Club originally competed and received awards in Club Trading Pin and Performing Arts Group during the 70th annual Missouri Beta Club State Convention held in Springfield in December. Their victories at the state level provided an opportunity to compete at the National Convention. The National Convention, originally planned to be held in Fort Worth, TX, was cancelled due to health and safety concerns stemming from the Coronavirus pandemic. However, over 12,000 Junior Beta (grades 4-8) and Senior Beta (grades 9-12) students were able to represent their schools in the first National Beta Virtual Convention.

About MSB: Missouri School for the Blind offers educational and outreach services for legally blind Missouri children from birth through age 21 and their families. MSB is operated by the Department of Elementary and Secondary Education of the State of Missouri and its services are free of charge. MSB’s services are concentrated in two areas – its centerbase kindergarten-grade 12 school in St. Louis, Missouri, and its Outreach services offered throughout the state.