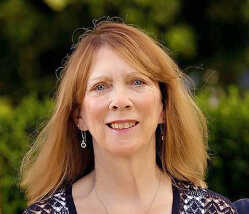 “Women over 40 should not wear sleeveless tops!” I thought the woman (who I’ll call Ann, because, well, that’s her name) sitting next to me, watching our first graders compete in a hotly-contested three-legged race on play day was kidding. One glance at the disgusted sneer on her face assured me she was not. “Look at that woman in the red top over there,” she continued. “She has no business wearing that!”

Of course, I looked at the woman in the red sleeveless blouse, several thoughts racing through my head. What flab? But even if her arms were flabby, what did that matter? Did she really say women over 40?

I was amazed. It wasn’t that long ago that I’d been too young for things I wanted to do. I had to wait until I was five to start kindergarten. When my sister caught me borrowing her copy of “Gone With the Wind” at age 10, she persuaded my parents that I wasn’t old enough for its mature themes, so I had to wait until I was 14. I couldn’t get my ears pierced or wear makeup until I was 13, and it seemed to take forever to reach 16 in order to be old enough to drive and go out on dates. Then I had to wait until 18 to vote, and 19, when I’d be old enough to “go across The River.” After those milestones were reached, I’d longed to be 21, so I no longer had to “go across The River!”

After a lifetime of being too young, the idea of being too old for something — for anything — boggled my mind.

Over the years, I’ve learned there’s quite a list of “don’ts,” created by so-called experts, for those who have blown out 40 candles on a birthday cake, with more no-nos added at ages 50 and 60. Those of us in the second mile of life should not, for example, wear leggings (even with tops that come to mid-thigh), shorts, sleeveless tops, jeans or animal-print clothing; use terms like “Bff” or “You go, girl;” wear more than one earring in each ear; chew gum; let our hair grow beyond shoulder length or put said hair in a ponytail; pose for photos with one hand on our hip; jog; or use Facebook or Instagram.

Evidently, men are exempt from most age-related taboos. However, men over 40 shouldn’t wear any jewelry other than a wedding band. Like their female counterparts, “older men” should pack away their jeans and stay off social media.

Just last week, a perky little morning show guest began spewing similar nonsense. I wanted to get in her face (that’s not on the list of don’ts, thank goodness) and shout, “What does a person’s age have to do with anything? Haven’t you ever heard of Grandma Moses? Harlan Sanders? Satchel Paige?”

I didn’t, of course.

Instead, I slipped on a pair of shorts and a sleeveless top, put my hair up in a ponytail and headed out for a morning jog. As I passed the bathroom mirror, I paused, put a hand on one hip, and told myself, “You go, girl!”