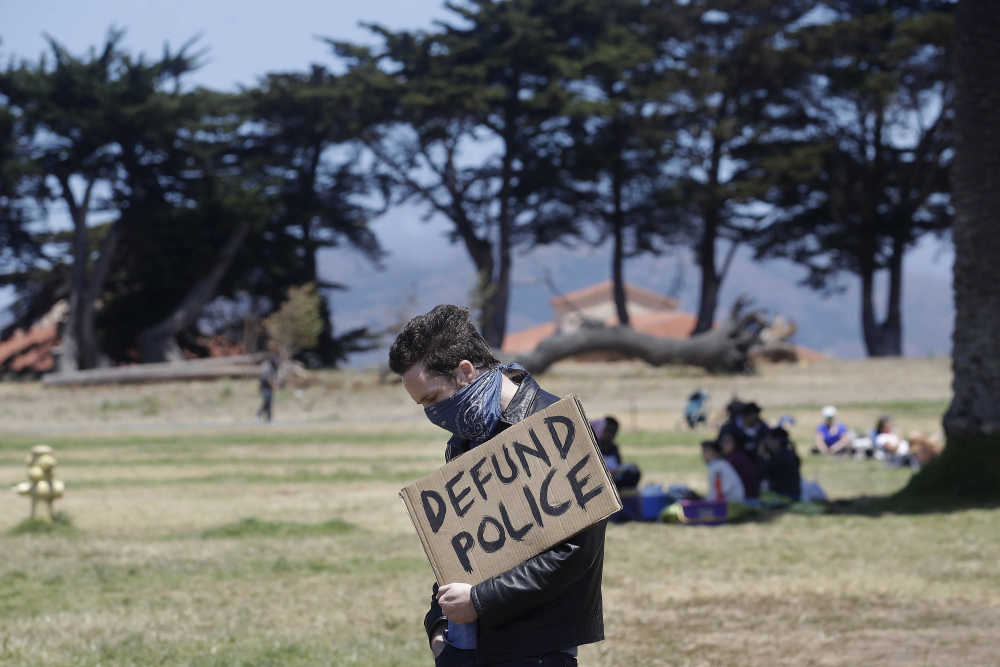 Niko Van Dyke holds a sign that reads Defund Police as he listens to speakers at a protest calling for an end to racial injustice and accountability for police in San Francisco, Sunday, June 21, 2020.
Associated Press

Before Trump became president, recognizing his chicanery, many Republican lawmakers branded him a con artist, fraudster, race-baiter, pathological liar, kook, psychopath and worse. For, they knew that he was involved in 1450 lawsuits as defendant and American banks kept him at arm's length.

However, as president, the "stable genius" browbeat these strawmen by tapping into their deep-rooted bigotry and vilest instincts, and by evoking their cowardice by threats of vicious tweets, vindictive retaliation and rowdy base. Thus, he reformed them as Trump cultists. Now they extol their 'Dear Leader' as "the greatest president ever!"

By enabling and colluding with Trump, Trumpists are as guilty of degrading American democracy and values as their tin-pot-dictator. They will be held responsible for destruction of American Republic when Trump presses his knee on its neck till Americans scream, "We can't breathe!"