The following story has been submitted by a user of semissourian.com. To submit your own story to the site, click here.
User-submitted story by Ste. Genevieve Welcome Center 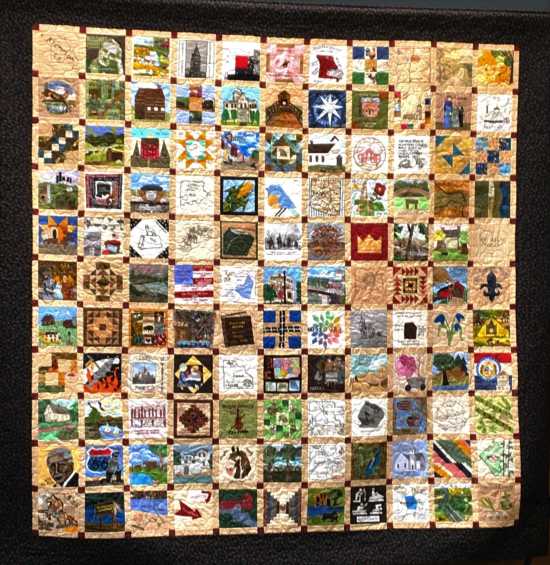 The Missouri Bicentennial Quilt will be on display for the first time this week, making its public debut at the Ste. Genevieve Welcome Center in Missouri's first permanent settlement. 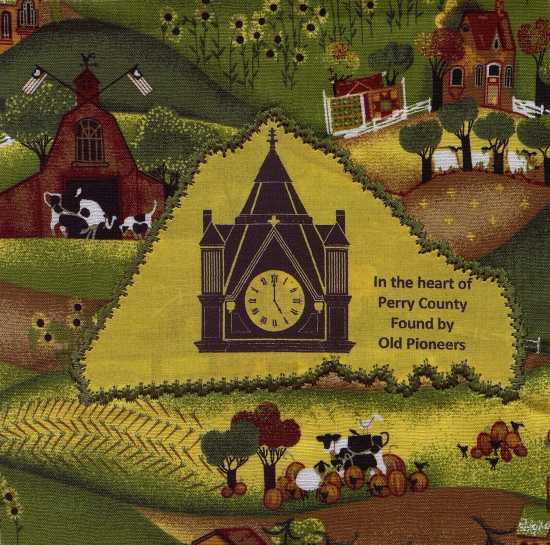 The Missouri Bicentennial Quilt consists of one quilt square — 6-by-6 inches — selected from each of the 115 counties and the city of St. Louis. Each county square represents some unique characteristic of that area’s geography, culture, history, etc. Ste. Genevieve's block featuring a blue Fleur de Lis was designed and made by Linda Hermann. Quilters from the Missouri Star Quilt Company assembled the blocks into the finished quilt, which is being shown at various events now through the bicentennial year.

The quilt will be on display at the Welcome Center (66 S. Main Street, Ste. Genevieve, MO 63670) from Thursday, June 11, through Tuesday, June 23. The Welcome Center is open from 9 a.m. to 5 p.m. seven days a week and will host an evening hour from 7 to 8 p.m. on Friday, June 12. Inquire about watching an accompanying video highlighting each quilt block.

August 10, 2021, will mark the 200th anniversary of Missouri’s establishment as the twenty-fourth state to join the United States of America. At the request of the Missouri General Assembly, the State Historical Society of Missouri is directing "a statewide effort to promote and celebrate the State of Missouri’s rich and complex history.” 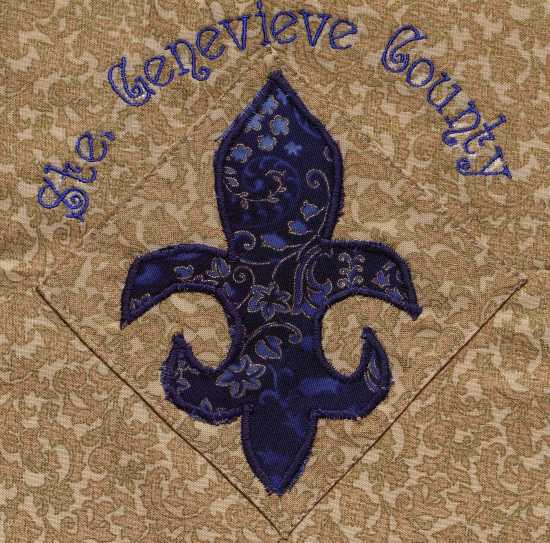 For more information about the 2021 Missouri Bicentennial please visit www.missouri2021.org.

For more information about Ste. Genevieve, visit www.visitstegen.com. Currently, historic gardens are open for your enjoyment. Free, guided, outdoor walking tours take place on Fridays, Saturdays, and Sundays at 10:30 and 2:30 for up to ten people. For more information about current availability, call the Ste. Genevieve Welcome Center at 573-883-7097.

Perry County — Titled In the Heart of Perry County, the background represents the agricultural aspect of Perry County. The block includes two flags, representing the county's strong Americanism, and some quilts. The triangular shape mirrors Perry County, and the face of the courthouse clock represents the newly re-decorated courthouse, which is in the center of Perryville. The words on the block are the beginning of District No. 32 High School's age-old Alma Mater. The block was designed and constructed by JoAnn Clements and Donna Ballman.