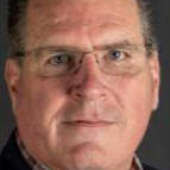 From the (Home) Business Desk 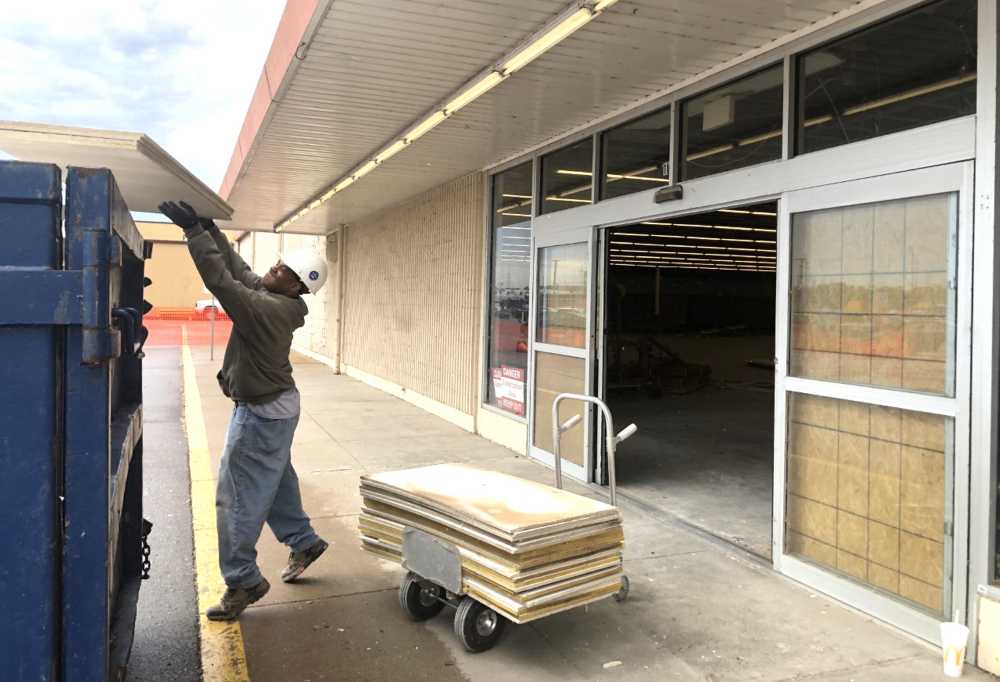 David Williams, with Charles Hampton & Son Construction, tosses a stack of ceiling panels into a dumpster at the former Kmart building, 11 S. Kingshighway, on Thursday. The building is the future home of Orscheln Farm & Home's Cape Girardeau store.
Jay Wolz
Order this photo

A crew from Charles Hampton & Son Construction out of Poplar Bluff, Missouri, has been on site removing ceiling tiles and other materials from the 82,600-square-foot building at 11 S. Kingshighway. The structure has been vacant since Kmart's "Big K" store there closed in November 2018.

Orscheln confirmed in April last year it planned to move its current store, at 338 S. Christine St., to the Kingshighway location. A month later, it was announced a second retailer, Bargain Hunt, would share the Kmart building with Orscheln.

Last year at this time, both retailers said they expected to be in the old Kmart building by August or September of last year, but the timeline was pushed back into 2020.

A spokeswoman for Orscheln, which is headquartered in Moberly, Missouri, said she needs "another couple weeks" before she has more information about the timeline and other details related to the move of the Cape Girardeau store.

However, it appears Bargain Hunt, which is based in Antioch, Tennessee, is no longer interested in the Cape Girardeau market. "We are not moving forward with the Cape Girardeau location," Andrea Jacobs, Bargain Hunt's marketing manager told me Friday. She said the decision was not related to COVID-19 or the nation's current economic downturn.

Speaking of renovations, work has begun at the former home of Beef 'O' Brady's, 1812 Carondalet Drive in Cape Girardeau, which is being transformed into Sedona Bistro, a soup, salad and sandwich shop.

Ron described the restaurant to me as "casual dining" and said it will also offer beer and wine by the glass.

We'll have more information about Sedona Bistro as its opening nears.

When Liz Haynes took on the role of Old Town Cape's executive director last fall, she had no way of knowing the COVID-19 pandemic was on the horizon. Liz had no idea how the health crisis would morph into an economic calamity, closing stores, restaurants, offices and entertainment venues, all of which are key elements of Cape Girardeau's downtown community.

For several weeks in March and April, sections of Broadway and Main Street resembled a ghost town with entire blocks -- from Century Casino to the River Campus and west toward Capaha Park -- seemingly on lockdown as would-be shoppers, diners, sightseers and others stayed home in deference to the state's "stay-at-home" directive.

But now, nearly a month after the state began to "reopen" and after the community initiated its Reclaim Our Region campaign, downtown has started coming back to life ... slowly, cautiously, but with a definite pulse.

"It's been so encouraging to see the community rallying around our downtown businesses by supporting them in so many ways," Liz said in a "status report" email late last week, adding, "it's wonderful to see our downtown community return to the vibrant place we all know and love."

Liz, who grew up in downtown Cape in what is now the Indie House on the corner of Broadway and Frederick Street, said downtown shops and restaurants are encouraging employees to wear masks, abiding by social distancing, paying extra attention to sanitizing their businesses and some are even offering private shopping appointments.

"If you're not comfortable leaving your home right now, you can still support our downtown businesses by ordering curbside to go, shopping online, writing a review or sharing social media posts," she said.

The weekly Riverfront Market has been temporarily moved to Century Casino's parking lot and takes place from 8 a.m. until noon Saturdays.

"Most of your favorite vendors are at this alternate location (where) we're trying to keep the community safe by encouraging masks, distancing vendors from each other and eliminating music and seating areas," she said.

I saw a note on Facebook the other day that True-Que, a barbecue outlet at 402 Good Hope St. in Cape Girardeau, reopened Friday. I have to admit, I've not had the pleasure of eating there, but I see close to 3,000 Facebook users like its Facebook page, so I'm sure there are plenty of barbecue enthusiasts who are happy to know it's open again, offering carryout, delivery and catering services.

More from this columnist · Jay Wolz