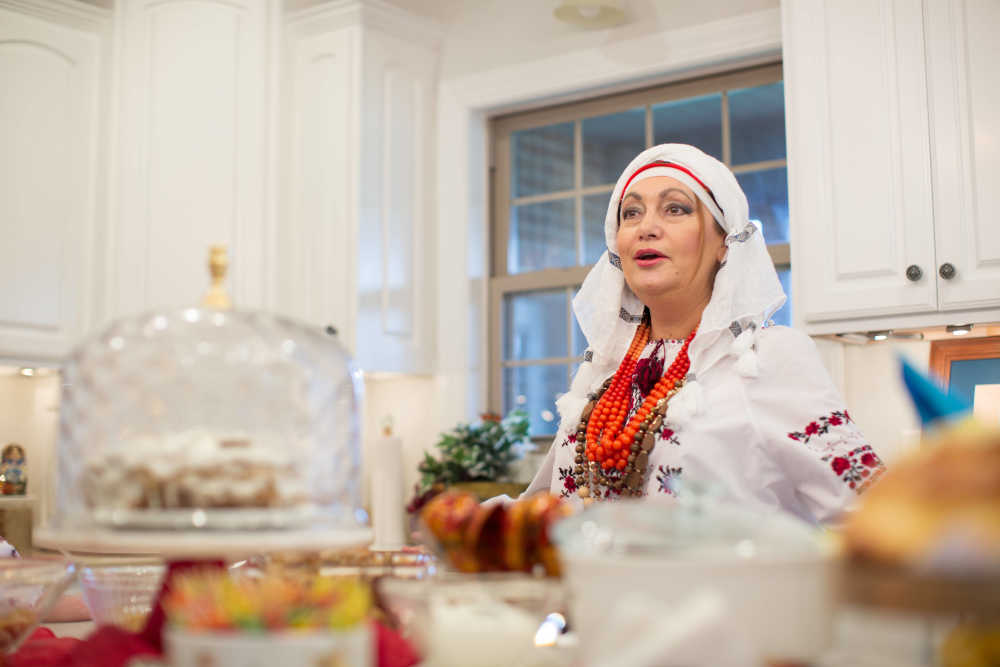 Tatyana Lipskaya talks during a gathering at the home of her daughter Anna on March 9, 2020.
Aaron Eisenhauer
Order this photo 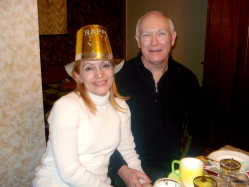 The third of a four-part series about three generations of Ukrainian women who immigrated to the United States and settled in Southeast Missouri at different times in history, this story features Tatyana Lipskaya, who came to the United States in 2007, after living in Ukraine while it was part of the Soviet Union and then when it declared independence in August 1991. The story of her childhood growing up in Ukraine while it was a part of the Soviet Union was featured in the previous issue of TBY. 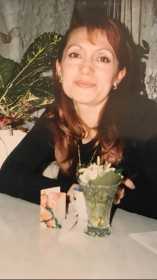 Tatyana Lipskaya in Ukraine when she first began to correspond with Bob, who would become her husband.
Submitted photo

It was 2003, and Tatyana Lipskaya says Ukrainian society had begun to be more open since the collapse of the Soviet Union, with people being able to choose what they wanted in regards to religion — unlike when the country was a part of the Soviet Union and they had to hide religious activity. It was during this time that she first thought of moving to America while attending a Bible study at her church. Her pastor asked the group about their vision for their lives; each person in the group talked about a European country they would like to move to. Tatyana, skeptical of these visions, off-handedly said she would like to move to America so that she would be accepted within the group. Rather than being happy for her, however, the group members began questioning her as to what she would do in America and why she wanted to go there. Because she did not feel accepted for who she was, she decided not to attend as regularly.

The Bible study was not the only place where she did not feel accepted, however. Although she was financially independent, had her education and was trained as a fashion designer, she did not feel accepted within her family and Ukrainian society, either. Her father told her she needed to get married; her mother wanted her to have more children in addition to Tatyana’s daughter. Although she prayed for a husband, she did not meet anyone she was interested in. She says she decided to forget about everyone else’s expectations and live her life.

Still, though, it was important to Tatyana to be accepted by the society she was a part of, and she thought about escaping to a different country and making a new life where no one knew her stories and she could have a fresh start. She looked to actress Julia Roberts in “Pretty Woman” and Russian actress Alla Pugacheva when she needed hope, perseverance and the grit to “pick myself up and go.” It was around this time that she found a book written by a woman who had moved to Germany from her native country. Tatyana reached out to the author to ask her advice about immigrating; the author encouraged her to do what she wanted and trust that everything would work out.

In addition, Tatyana says women who worked in the corrupt business world during this time in Ukraine were often taken advantage of, expected to give money or themselves in order to move up within a company. Tatyana refused to do this and was put on probation by her company; she quit in order to get away from that type of business culture.

She began to meet women who owned their own businesses and asked them to teach her daughter, Anna, English to help her succeed in international settings. These women became Tatyana’s friends and talked her into letting them make a profile for her on a dating website. Although Tatyana was skeptical because she did not know English and did not necessarily want to meet anyone anymore, they translated for her on the website. The man who would become her husband, TG Missouri engineer Robert Cramer, sent her flowers, and she says she decided to try getting to know him so she would know “if he was what I needed or not.” They corresponded and talked on the phone; then, she invited him to visit her in Ukraine.

Still, she was wary. She wanted to be sure he would accept her as she was before she changed her entire life for him by moving to the U.S.; if he didn’t, she says she was comfortable with herself and would not need him in her life.

While he was visiting Ukraine, Tatyana says he impressed her with his character and the fact that he could provide for her. She began to trust him and asked God to show her if he was the right person. The first sign she received was when she asked Robert about bringing her old dog to America. There was no question about it; of course her dog would be able to come. This was a relief to Tatyana because her father had suggested she put the dog down, a bit of advice to which she had refused to listen. Thus, she had been worried about the price of a plane ticket for her dog. Even though her dog who meant so much to her was able to move with her, as they started to plan the wedding, she still wondered if she was making the right decision, to leave her life behind for a new life in America. She prayed again.

“I said, ‘God, I cannot have vision. Help me, please. I need to see something material. I am materialistic; show me which I can touch,’” Tatyana recalls. “I need to touch if it’s mine or not, I need to feel it, and I asked God, ‘Will you show me something?’”

She found bright blue shoes that she wanted to wear at her wedding; she wanted bachelor buttons in her bouquet to match them. She asked God to help her find these flowers, which she says were very difficult and unrealistic to find in Ukraine. She and her future husband shopped all day for the specific flowers but didn’t find them; it was late, they were tired, and decided to go home. With doubts circling in her mind as to if getting married and moving her whole life was the right thing to do, they saw an older woman from the countryside selling flowers out of a basket at the metro station. They went over to look, and it turned out she was selling the exact flowers Tatyana had been looking for. They bought them all.

And yet, Tatyana’s doubts crept back in — “I am very, very particular,” she says. On the day of their wedding, she asked God for another sign, even though she knew her future husband was a good man, realized she was being very particular and thought that perhaps she shouldn’t ask for so many signs from God. Once again, she received a sign.

While planning the wedding before, her husband had asked her what he could get her as a gift for their wedding; she vaguely suggested jewelry. She did not, however, tell him anything about the ruby ring she had bought when she was around 20 years old, the first gold she bought herself. Her mother had suggested at the time buying “Something with ruby; it will save your life.” Tatyana had never shown this ring to Robert or told him that story.

Even so, the morning of their wedding, her husband presented her with a box, telling her it was from his mother and late brother who had wanted to give her a present. Inside, there was a necklace and earrings. They were ruby, and they matched her ring.

“For me, it was yes. Now I can say yes because God is showing me a sign,” Tatyana recalls. “I thought [before] I will not go anywhere from my country; I am comfortable. I’m comfortable with myself. I am not comfortable with people … and inside, I knew it. I knew I should not [stay in a society that didn’t accept me]. And it was difficult for me to be in that society because I was not part of that society. … I was different. And I wanted to be in society which they will accept me as I am.”

So, they got married, and Tatyana moved to Southeast Missouri with her husband. When she arrived, she was struck by all of the information and “beautiful” magazines that were “stocked everywhere.” She was also struck by the fact that people in positions of authority such as the immigration officer did their jobs without accepting bribes.

“Everywhere for women [in Ukraine] was very difficult,” she recalls. “But here when I came [and had the experience with the immigration officer who did her job without being bribed], it began to open America from other sides, like, ‘Wow, this country for girls, this country for rules.’ And yes, of course, you have some exceptions, but most of the people try to follow [the rules]. Because if you will not follow [the rules], no country. You will have not country anymore.”

Tatyana says here in America she has learned to not worry as much, has become more laid-back and feels accepted. She says she has been able to realize once again from her husband and American culture the importance of home and family, and that these things are peaceful and forever.

“You’re always welcome [at home]. This is [how it is] in America. I had this principle in my life, but somehow the Soviet Union style damaged Ukrainian style because Ukrainian people like tradition. Home, home, home. Home is safe, home is family. Home is everything,” Tatyana says of her traditional Ukrainian culture. “And Soviet Union like Communists and everything, they said, ‘It’s not important; church is not important.’ Everything was destroyed, everything. Now, nothing. So now we put all puzzles together, and only in America when I had this, I learned from people.”

Still, even with her happiness in America, Tatyana misses the village where she was born and wants to go back. She says it’s not something she plans to do, however, because of government corruption.

Despite the struggles she has faced, she is grateful.

“You become strong through difficulty. You cannot be strong if you have no difficulty,” Tatyana says. “But you never know until you already went through [difficulty, when] you have [the] experience. After all of this, you can look [back] like, ‘Oh, wow, I did this. I did this.’”