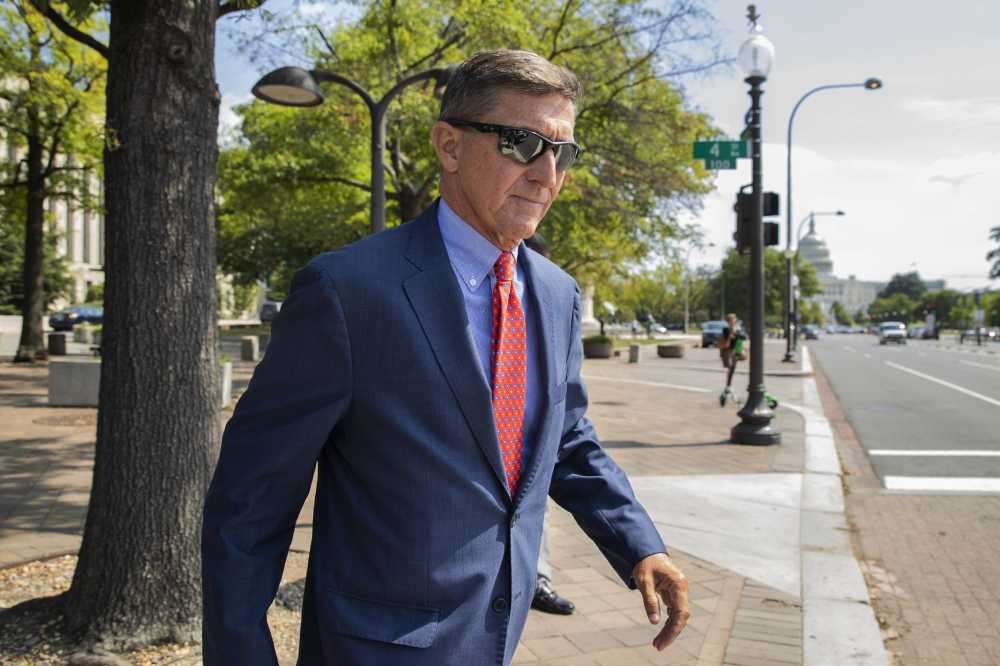 The after-action review will examine whether any employees engaged in misconduct during the course of the investigation and evaluate whether any improvements in FBI policies and procedures need to be made.

In announcing the review, the FBI, a frequent target of President Donald Trump's wrath, is stepping into a case that has become a rallying cry for Trump supporters. It comes as the Justice Department pushes back on criticism that its decision to dismiss the prosection earlier this month was a politically moticated effort to do Trump's bidding.

The announcement adds to the internal scrutiny over one of special counsel Robert Mueller's signature prosecutions during his investigation into ties between Russia and the 2016 presidential campaign. It underscores how a case that was seemingly resolved by Flynn's 2017 guilty plea has instead given way to a protracted, politically charged debate about FBI tactics during that prosecution and the Russia investigation more broadly.

The review will be led by the FBI's Inspections Division, which examines potential misconduct among bureau employees. Though the division does not have authority on its own to bring a criminal prosecution, the after-action review will look at whether any current employees engaged in misconduct deserving of discipline. The division cannot recommend discipline for former employees.

Flynn pleaded guilty to lying to the FBI about conversations with the Russian ambassador during the presidential transition period, but the Justice Department says its own review of the case determined that there was an insufficient basis for agents to have interviewed Flynn in the first place and that any statements he made to agents were therefore not relevant to the underlying investigation into ties between Russia and Trump's presidential campaign.

The department's request to dismiss the case is now pending before a federal judge, who has not indicated whether he will grant it.

The FBI said that in addition to its own internal review, it has cooperated with other inquiries assigned by Attorney General William Barr, including investigations into the Flynn case and the origins of the Russia investigation.