Why you should wear a mask: Faith, fear, responsibility and freedom 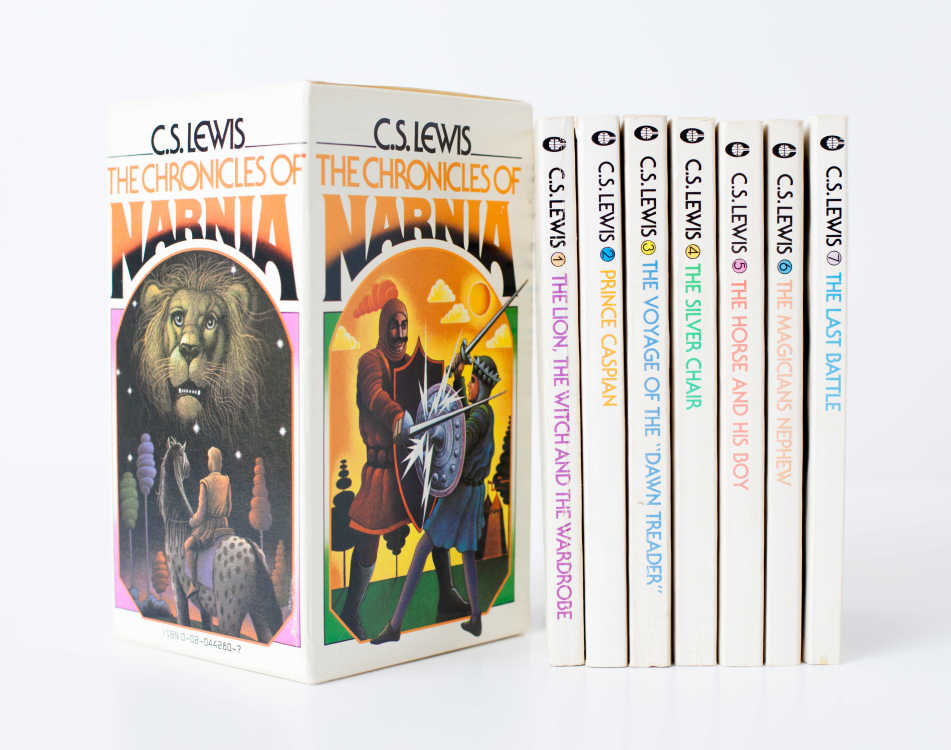 One of my heroes is C.S. Lewis, the brilliant British author who wrote the Chronicles of Narnia, starting with "The Lion, the Witch and the Wardrobe." Lewis was also an inspired lay theologian and commenter on current events. One of his essays, "On Living in an Atomic Age," is making the rounds online because of its wisdom in an age of fear. His message, written in 1948, is prescient, providing important context to those panicked by the coronavirus.

"On Living in an Atomic Age" by C.S. Lewis

"In other words, do not let us begin by exaggerating the novelty of our situation. Believe me, dear sir or madam, you and all whom you love were already sentenced to death before the atomic bomb was invented: and quite a high percentage of us were going to die in unpleasant ways. We had, indeed, one very great advantage over our ancestors -- anesthetics; but we have that still. It is perfectly ridiculous to go about whimpering and drawing long faces because the scientists have added one more chance of painful and premature death to a world which already bristled with such chances and in which death itself was not a chance at all, but a certainty.

"This is the first point to be made: and the first action to be taken is to pull ourselves together. If we are all going to be destroyed by an atomic bomb, let that bomb when it comes find us doing sensible and human things -- praying, working, teaching, reading, listening to music, bathing the children, playing tennis, chatting to our friends over a pint and a game of darts -- not huddled together like frightened sheep and thinking about bombs. They may break our bodies (a microbe can do that) but they need not dominate our minds."

This message resonates because living in fear is egocentrically debilitating, and it distracts us from doing what is right and good in the world. We will all die at some point; worrying about it is unproductive. Even with business questions cascading around me and a daughter struggling with rashes all over her body from what we believe is poison ivy, nothing is gained by wallowing in fear or self-pity. Better to take action, be human, care for others, and live the best life possible even where limitations exist.

For those Americans who, during coronavirus, exult in "freedom," cherishing their self-determination, Lewis' words offer an endorsement of their strength.

And yet, to focus on the end of his essay is to miss the beginning.

Lewis encourages us not to exaggerate "the novelty of our situation." But he doesn't tell us to be reckless or irresponsible, just as he didn't counsel Britain to shut down its air defenses against the Nazi air raids. Or a man -- with no concern of syphilis -- to sleep with prostitutes. Or drivers to run red lights and drive on whatever side of the road they want: "government control be damned."

Just as living in panic is unhealthy and leads to improvident decisions (including some of the ways our economy was shut down), so it is unwise to live without discernment, putting at risk the prospects of a sustainable economy and one's and others' health by failing to take simple personal precautions. 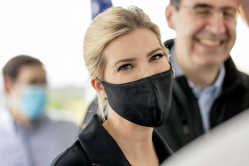 Ivanka Trump, the daughter of President Donald Trump, wears a mask as she speaks with employees following a tour of Coastal Sunbelt Produce, Friday, May 15, 2020, in Laurel, Md.
Associated Press

In Missouri, businesses are gearing back up or are already open. Restaurants, hair salons and gyms are starting to let people inside. As this happens, the more likely it is that the virus will re-emerge and spread, and more people will die. This is, unfortunately, Lewis' admonition that death will always be with us and that huddling like frightened sheep is no life at all.

But the virus is not a bomb, which is located in armaments and under military control, with no real impact outside the mind for most people. With the coronavirus, we do have steps we can take, so that the infection rate will be lessened, the most vulnerable more protected, and more deaths prevented.

Wearing a face covering outside the home is one of them, particularly where 6-feet of separation is not possible. 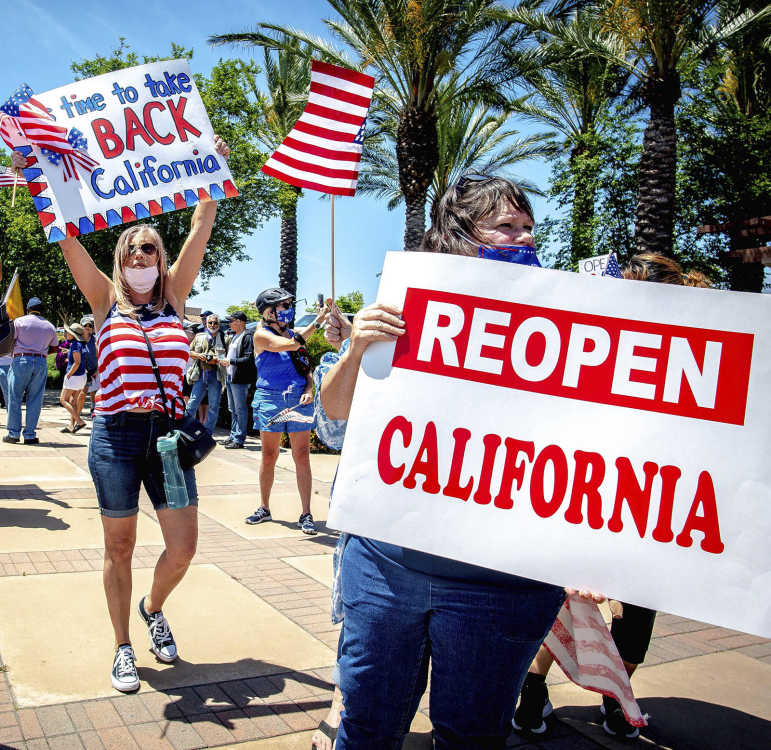 Where do we start when opening up the economy?
Jon K. Rust
Let's start with respecting others -- and realizing that we're all in this together -- and that there are legitimate reasons for disagreement. That there are difficult trade-offs for any decision. And if you don't believe there are, then you may be part of the problem.

Portions of 38 states now require masks or other face coverings. In Missouri, there are no such rules for the general public. And yet, we should still wear one. Not because we are mandated by government. But because in our freedom of choice, it is the responsible thing to do, lessening the risk of the virus.

Some people unfortunately call it un-American to wear a mask. For those I suggest that here in Missouri, you do it in solidarity and pride with a country and state that don't make you do it, which give you the freedom to choose. But do it, not for yourself, but in helping to protect the most vulnerable.

This would be the essence of living without fear and "doing sensible and human things." 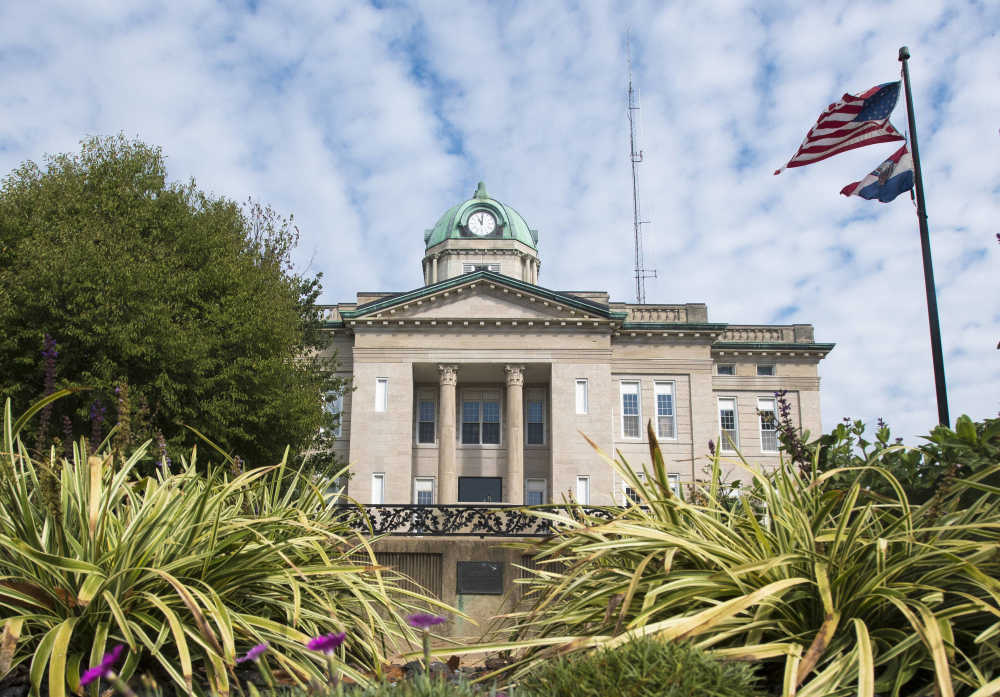 Cape County Public Health is concerned about citizens relaxing personal responsibility
Jon K. Rust
In parts of Cape Girardeau over the weekend it looked like many people believed the coronavirus had disappeared. Presto magic. No longer a worry. In two grocery stores I visited, almost no one other than grocery staff wore masks or face coverings. Some restaurants did not appear to be providing proper social distancing. ...
More from this columnist · Jon K. Rust

View 30 comments or respond
Community discussion is important, and we encourage you to participate as a reader and commenter. Click here to see our Guidelines. We also encourage registered users to let us know if they see something inappropriate on our site. You can do that by clicking "Report Comment" below. Our goal is to create a place for robust and civil discourse about our community, state and nation.