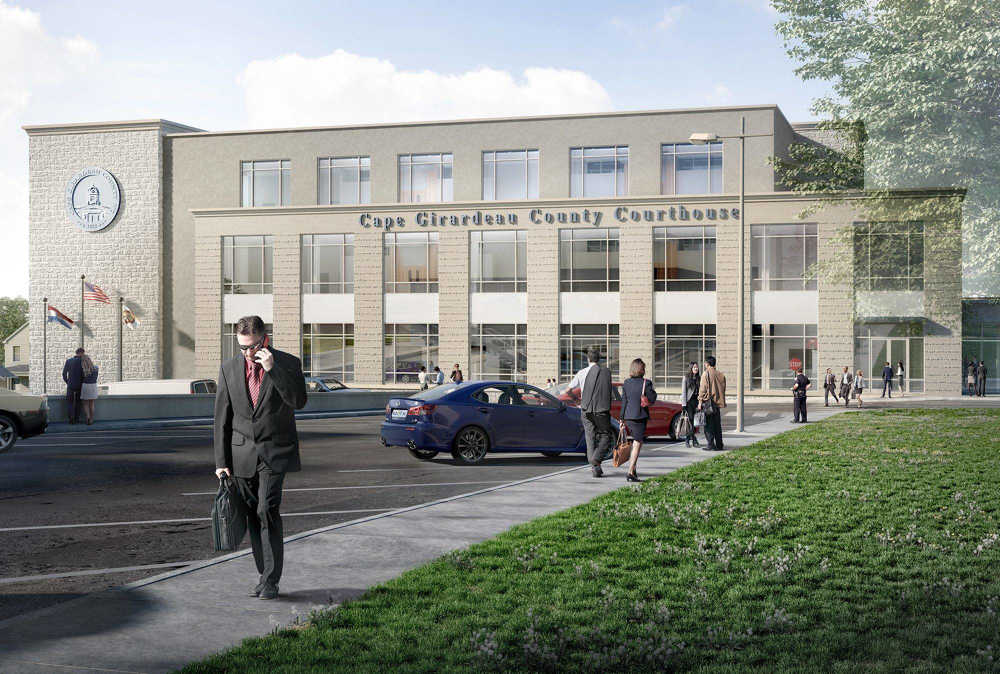 This rendering shows the exterior of the proposed new Cape Girardeau County Courthouse in Jackson.
Submitted by Penzel Construction

Cape Girardeau County’s new courthouse will probably not open on schedule due to the COVID-19 pandemic.

“It looks like it’s going to be delayed,” Clint Tracy, the county’s presiding commissioner, said Thursday.

The $20 million courthouse on North High Street in Jackson was scheduled for completion and opening by April 1, but the arrival and installation of some furnishings has been delayed.

Many of the building’s furnishings and fixtures are being built and installed by Missouri Vocational Enterprises, a division of Offender Rehabilitative Services within the Missouri Department of Corrections in Jefferson City. DOC suspended MVE’s operations as a result of the coronavirus outbreak.

“MVE pulled out of the site Tuesday morning,” Second District Commissioner Charlie Herbst reported at Thursday’s County Commission meeting. He said MVE, which has completed about 80% of its work, won’t return until April 6 at the earliest to finish installing the courthouse’s office cubicles.

In the meantime, Herbst said county crews are continuing to install telephones and communications equipment as well as furniture MVE delivered before suspending its work.

Penzel Construction, the project’s general contractor, will be “substantially” finished with its work by next week, Herbst said, “but I would surmise there will be a delay (in opening) considering the current events.”

At this time, there are no plans for a public open house.

“I would suggest that at some point later in the year there will be a public celebration of some kind,” Herbst said.