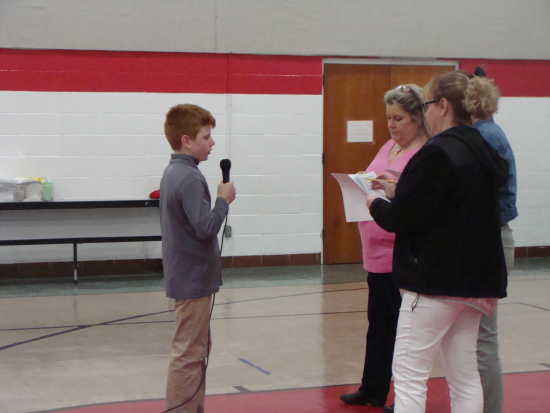 Pi Day is March 14 (3.14), but since that was a Saturday, Guardian Angel changed their Pi Day celebration to March 13. However, OHS went to state with boys and girls basketball and school was dismissed on the 13th. Guardian Angel was finally able to celebrate Pi Day on Thursday, March 12.

This year, instead of telling pi information to the student/teacher audience, Ms. Ann Whistler, our math teacher, had the students to memorize the pi number and recite as many numbers as possible from memory. Mrs. Katrina Kluesner, Ms. Ann, and Mrs. Teal Mangels were the teachers listening to their numbers and checking how far each student was able to get to. All the students who were participating had to stay in a different room until his/her time to recite the pi number. Several students participated, as there was some added incentive for winning. The 1st incentive was a prize for the 1st, 2nd, and 3rd place winner. The 2nd incentive was that the 1st place winner would get to put a pie in the principal's face.

The 1st place winner was Cooper Bryant; 2nd place was Parker Bryant; and 3rd place was Ava Forehand. Cooper won the chance to put a pan full of cool whip on Mrs. Kluesner's face and head.

The pi contest and the pie eating were held after lunch and lunch recess in the cafeteria. Many delicious pies were sent in by parents and teachers. Also, drinks, cups, napkins, forks, and plates were provided by parents. 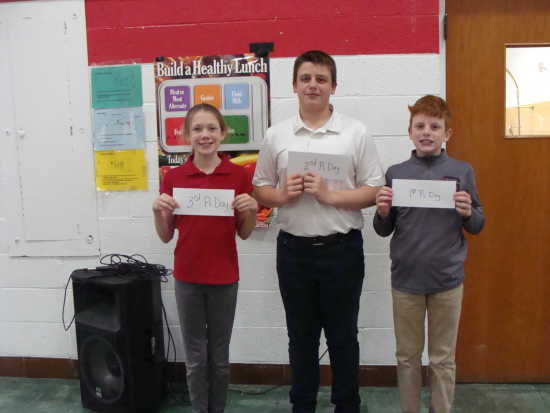 Mrs. Kluesner said the pie throwing wouldn't be held until the end of the date, since it would cause a big mess in the gym and on her. At 2:30 pm, Cooper got his opportunity. Mrs. Kluesner was a good sport about the pie in the face and was splattered by cool whip on her hair, face, and clothes. 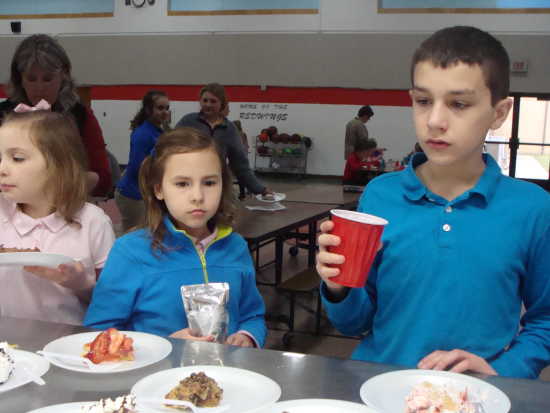 Gianna & Eva LeGrand and Ryder Siebert are looking over the desserts to see which delicious piece of pie they want to eat on Pi Day. 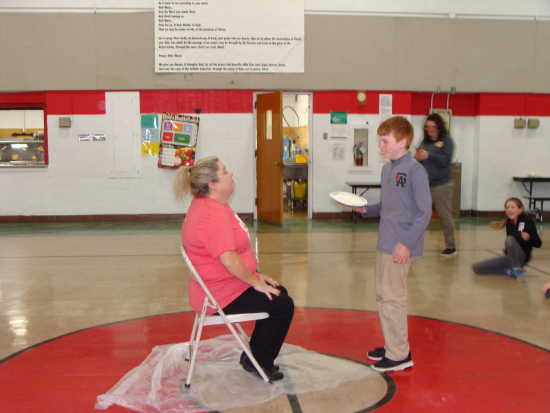 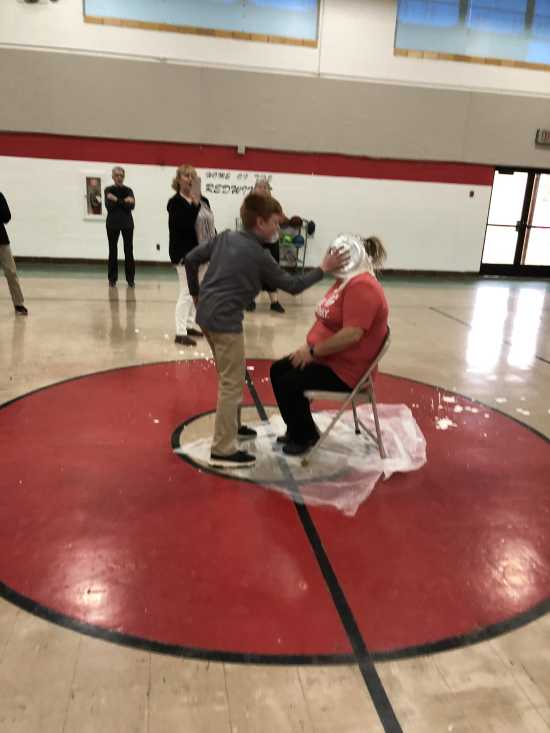 Cooper Bryant smashed a pie of cool whip into Mrs. Kluesners's face and hair as others video tape the event.