The following story has been submitted by a user of semissourian.com. To submit your own story to the site, click here.
User-submitted story by Lynda Stewart 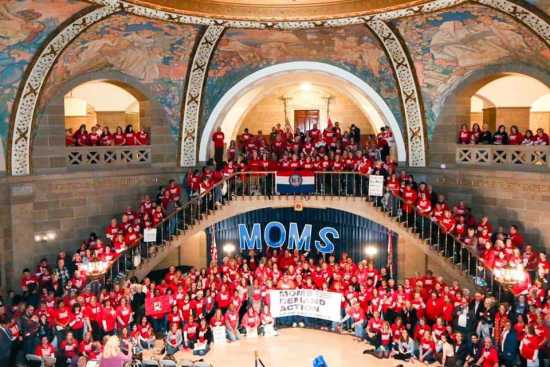 Missouri Moms Demand Action in the Rotunda of the Missouri Capitol

Over 400 volunteers with the Missouri chapter of Moms Demand Action for Gun Sense in America converged on the Capitol in Jefferson City on Tuesday, February 18th for their Advocacy Day. The day was spent talking with legislators about closing loopholes in our state domestic violence laws that make it far too easy for abusers to be armed.

Cape Girardeau resident Leslie Washington, a 2020 Everytown Survivor Fellow, was one of the keynote speakers in the Rotunda. Also speaking was Dexter resident, Lynda Stewart, the Missouri Deputy Chapter Lead for Rural Outreach.

Moms Demand Action is a non-partisan grass roots organization that supports the Second Amendment and advocates for public safety measures to protect our families from gun violence. The next meeting of SEMO Moms Demand Action is on Thursday, March 12th at 6:30 pm at the Cape Girardeau Public Library. All are welcome. 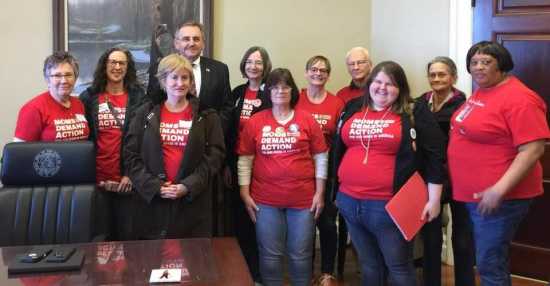 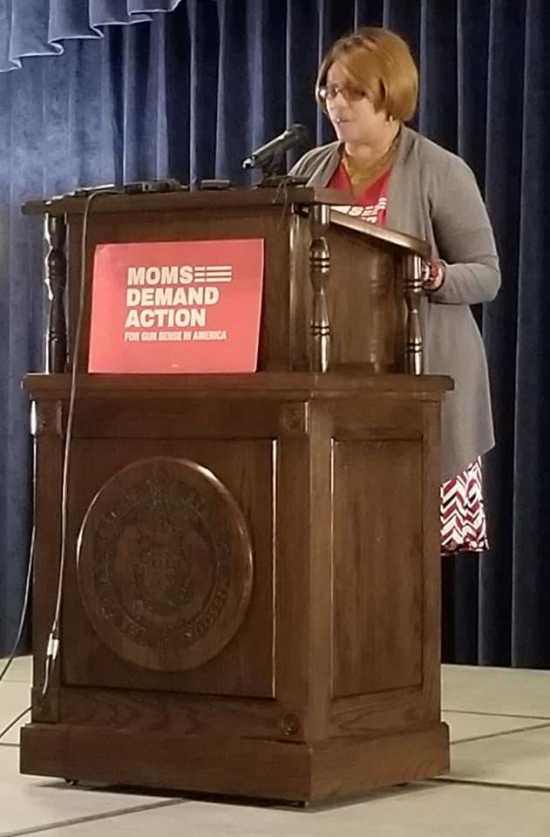 Leslie Washington, national Everytown Survivor Fellow, was a keynote speaker in the Rotunda.