From comic books to jets, quilts, taxes and angels 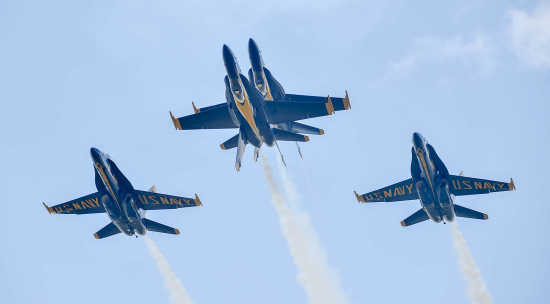 I made a 26-hour trip to Chicago last week for a meeting at an airport hotel. Flying out of Cape Girardeau, I left my office at 11 a.m., was on the plane at noon, landed around 1:14 and was at the convention center speaking on a panel at 3:30. It was a smooth and incredibly convenient trip. On the way back the jet was packed with only two unoccupied seats. Because there were so many women of around the same age, I asked if they were traveling together. They weren't. But almost all were heading to the same destination: Paducah for Quilt Week. In Cape, about a half dozen of us departed. The rest stayed on board for the short jaunt to Kentucky.

The local airport has been in the news quite a bit lately. Most immediately, the Cape Girardeau Regional Air Festival featuring the Blue Angels is fast approaching. Dates are May 18-19. While waiting to board my flight to Chicago, I ran into airport manager Bruce Loy. He said preparations were falling into place, though one unexpected expense will be setting up an emergency "line" in Perryville, rather than Cape. The line -- a sturdy cable woven from high-tensile steel wire -- is required for all Blue Angels shows, and the ground in Cape, which has been saturated by rainfall, did not meet testing requirements. Loy described the "line" as like a "tailhook wire" on an aircraft carrier. In the event that the hydraulics go out on a jet, the pilot needs an emergency landing location within the immediate area. Because Blue Angels carry enough fuel for the show and not much extra, Loy explained, St. Louis and Memphis were too far. So, come Air Show time, residents in Perryville might get the treat of seeing a Blue Angel at their airport as the line is tested.

The Blue Angels have always fascinated me. They are among the most elite pilots in the world, flying jets that can approach Mach 2 (1,400 miles per hour). For shows, they are limited to just below Mach 1. Because the high-speed flying is so precise -- and at low altitudes -- the team doesn't have a substitute pilot in case anyone gets ill. According to the Blues Angels website: "With the number of practice hours required to safely fly a demonstration, a spare pilot could not be utilized effectively. Each pilot must complete 120 training flights during winter training in order to perform a public demonstration safely. The teamwork required in the tight Blue Angel formation takes hundreds of hours to develop. A substitute pilot would not have enough time in the formation to do this safely."

Tickets are already on sale.

Another reason the airport has been in the news is the City of Cape Girardeau's tax plan to renovate it. It will be interesting to learn more about these plans, because more than a few local taxpayers are suffering from tax fatigue. The airport is certainly in less-than-ideal shape. Upon arriving from Chicago last week, the sliding doors into the terminal were stuck and had to be manually forced open. And, everyone notices that once you go through security, there are no restrooms to use in the waiting area. But I've traveled many places in the world where waiting areas don't have lavatories and people make due -- by going back through security. Given the short lines in Cape Girardeau, that's not currently a huge imposition (although it could be more of an issue in the future). The city's plan is to extend a soon-to-expire tax, so it's not a new tax. And, it would also address other important projects, including City Hall. Still, a public case will need to be made in full. 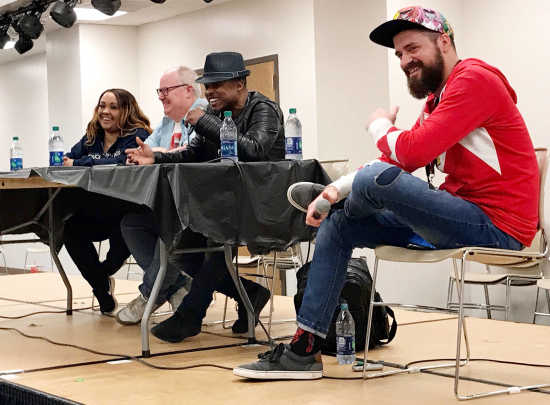 This newspaper has always enjoyed covering the Cape Girardeau Comic Con. The Murphy family, led by Ken and Deneke', along with Brian and Amanda Rhodes, put on a great show each year. My four girls and I spent a couple hours there on Sunday, and I slipped into the Mighty Morphin' Power Rangers panel, which featured three of the original actors: Walter Jones, Karan Ashley and David Fielding. They were simply a delight. Smart. Animated. Engaging. Fun.

The show started in 1993, a couple years after I graduated from college, so my generation largely missed watching it. At least I missed it. To get my kids and me up to speed, we watched the original first episode before heading to the Osage Center then were thrilled to run into the actors at their autograph tables. All were personable and generous with their time, even though we didn't buy any autographs.

During the panel, young and old in the audience peppered them with questions. What was your favorite episode? Did you ever imagine this show would become such a worldwide phenomenon? How did your own personality influence your character's persona? Did the movie producers contact you about playing any roles in the movie? What would you have changed about the show? How tough was the physicality of your role? Now that the shows have been released on Netflix, do you ever go back and watch yourself? And more.

The Southeast Missourian's Josh Hartwig did a bang-up job moderating. One thing that came across was that the three actors enjoyed what they were doing. They brought a joy to the session, which reinforced one answer to a question about why they thought they were picked originally to play their parts: their attitudes to work together and have fun. Physical skills were clearly important -- as any skills are in a job interview -- but attitude so often makes a difference. Not just with superheroes. Or actors. It's a good lesson for anyone. Having a good attitude makes a big difference at work -- and in the world.