Here are some of the questions about school bond issue, but in the end it's rather simple: Yes vote is good for Cape 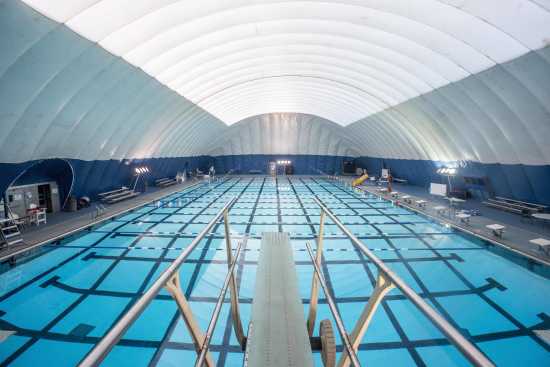 My email inbox has become a destination for arguments against the upcoming school bond issue. Other people buttonhole me around Cape. I’m not a spokesperson for the bond effort, but I am an interested observer, a citizen of Cape Girardeau who wants to see our community thrive. Let me address a few of the concerns shared with me — and some answers:

1. The recent announcement from two former mayors about a potential $1.5 million anonymous donation to enhance what’s possible with the aquatic center is just “buying the election.”

My answer: If you’re against the school bond issue, and see it as something to defeat, I understand if you don’t like that someone is wanting to donate to the project, especially if you fear that it may persuade some undecideds to vote in favor. But to me, as long as this isn’t some sort of bait-and-switch offer, the information about a donor willing to step up with a major gift is important to the deliberation. Former mayors Jay Knudtson and Harry Rediger have staked their reputations on delivering the donation, and I understand a contract is in place outlining the matching process. Although I’m not at liberty to say (I was told off-the-record), I also know the donor, who is a big believer in local development and the local school system. And, no, this person doesn’t have a direct interest in the location other than believing the project is important for the long-term strength of the city and its citizens.

The fact the donor is anonymous mucks up the transparency and puts another uncertainty into this whole process, which has been rife with them. But the money is real. And it underlines the Jefferson location brings financial support not available at another location — whether it is from private donors or from state and federal government. Would it be better if the donor were not anonymous? Yes. But I also understand the reasons for privacy. The main thing is he’s real and committed.

2. More money to build a bigger aquatic center just leads to more future financial risk, due to the high operating costs of swimming pools, the larger the more expensive.

My answer: City and school officials are intensely aware whatever facility is built must have a clear operating plan — with sufficient revenues and controlled costs. Neither wants to create an unsustainable situation. Meanwhile, for those who yearn for the best pool possible, the Jefferson location is your opportunity. The city and school district are committed to holding off on final plans until they determine what other funding is available — and what is sustainable.

3. The structure of the matching donation doesn’t make sense. It’s unlikely the money will ever be received.

My answer: The donor has offered $1 million if others (not restricted to private individuals) raise $2 million. Then, the donor has committed another $500,000 for the next $500,000 raised. All together, this represents a possible $4 million. Is this amount likely? Because it’s not limited to private donations, I think so. The school district and city have committed to exploring available grant funds, and other potential private donors are being approached. As fundraising professionals will tell you, getting that first big commitment is an important step. Having a $1.5 million commitment in hand helps the process immensely.

Is additional money guaranteed? No. But many people, including the anonymous donor, are aligned in wanting a swimming facility in south Cape to succeed, because they believe it is important for the town. There’s something noble about that.

4. Jefferson is difficult to get to.

My Answer: I addressed this concern in the online comments area of a previous column, but the Jefferson location would be visible and accessible directly from Shawnee Parkway — across the road from the Shawnee sports complex main entrance — which is already traveled by thousands of area and out-of-town soccer and softball families.

Meanwhile, the Jefferson/Shawnee Parkway location offers nice accessibility to Central High School and Central Junior High School, and it’s a direct shot to and from the interstate. The parkway is also among the fastest, safest ways to navigate through Cape Girardeau. For example, according to Google maps, the drive from Central High School to the Shawnee entrance (which is my proxy for the aquatic center entrance) is 2.5 miles and 5 minutes. Meanwhile, the drive from Central to the Sportsplex is 14 minutes (7.1 miles) via Mount Auburn Road or 9 minutes (6.2 miles) via the highway. I’m using the Sportsplex location as an example, because I know many people have seen that as a preferred location. The point is that the Jefferson location is a very good one, purely on visibility and access.

5. But it’s ridiculous to think a hotel and restaurants will be developed next to Jefferson School — economic revitalization is unlikely to follow like people suggest.

My answer: I don’t know who is suggesting that the Shawnee Parkway area is going to be transformed into what’s anticipated at Center Junction. I think people may be confusing “transforming” the neighborhood and city — crime rates, student success, lifting up a previously underperforming school to a STREAM-initiative local leader — with a mercantile perspective that “transformation” has to do mainly with new businesses. In this case, the transformation is about people and, in an economic sense, future students, workers and citizens, which can create less drain on city services and lead to more high achievers, which benefit us all.

6. This whole process has been a mess. We keep being asked to vote on uncertainties. What’s the operating agreement between the city and school district going to look like? Who will own the building? Operating an indoor facility is much more complicated than the current bubble, are they ready for that? Wouldn’t it be better to just vote no and have them start over?

My answer: You’re right that this has been a convoluted process. In a large way, the school district has been put in a difficult position. In the parks and rec vote, the city basically sold “hope and change”: no specifics (from location of a new pool to its ultimate size), allowing people to dream. The school district is now bearing the brunt of sharing details, including a specific location. And yet, we’re right back to not knowing ultimate size of pool or total amenities. Our city and school officials are basically asking us to trust them to balance the complexities of construction and operating costs with revenue opportunities and swimming and competitive amenities — tied in with neighborhood redevelopment and unknown donors.

But here’s the stress reliever: On the big things, both entities have a solid track record. The school district delivered well on the first two phases of its master plan, and instructional momentum across the system is excellent. The city has had success in managing big projects such as the new water treatment plant, Cape Splash, the Sportsplex and others. Are there areas where municipal officials fall short? Yes. But in the big projects, once they’ve identified partners and budgets, they’ve come through, in part by hiring experts to figure out the details.

On top of recent success, for 40 years now the city and school district have been good partners in co-owning and operating the bubble at Central Junior High School. Will an indoor aquatic facility bring more complexity? Yes, but they will have the benefit of a long history of working together in addressing any new challenges. Neither will want to fail.

The vote is coming up fast. The aquatic center is only a portion of the overall plan, which makes many needed improvements to city schools. I hope you continue to learn and think about it. Your vote will be important. Voting no would certainly send a message to city leaders, but it would come at a high cost to local schools, disrupting positive momentum.