Congratulations to a pastor, a coach; RIP Mueller, Peterson 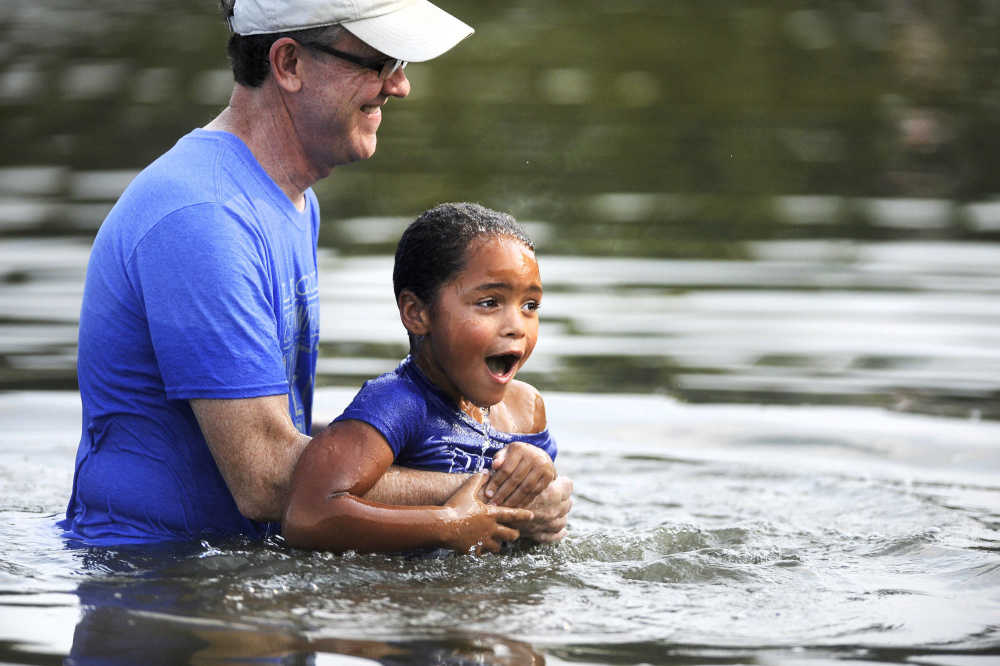 Started 30 years ago with services at a movie theater in the mall, La Croix Church celebrated its anniversary earlier this month. Pastor Ron Watts shared how as a young man he felt called to start a new church — but in his hometown of St. Louis. God, however, kept directing him to Cape. Thank you, Ron and wife Linda, for following that call.

La Croix has had a profound impact on Cape Girardeau and the wider world. Today, its membership approaches 2,000 with an average weekly attendance more than 2,200. More importantly, it’s a membership actively involved in reaching out, engaging with others and serving. Its staff is talented. Its volunteers are caring, loving and numerous. And the pastor: a man of authenticity, humility and wit. Congratulations La Croix!

Ron is in the middle of a new message series drawing life and Biblical messages from contemporary cinema. Last week was a powerful message, looking at Ecclesiastes 2:10-11, through the lens of P.T. Barnum and the movie, “The Greatest Showman.” If you like movies — and seek greater meaning in life — and, especially, if you don’t have a church home, La Croix would invite you to attend anytime, but this weekend would be a great time to come. Services are on Saturdays at 5:30 p.m. and Sundays at 9:30 and 11 am. And during the movie series: popcorn will be served!

Among the lessons drawn out of “The Greatest Showman”: You can’t have it all, but you can have what matters most. You need a calling to pursue. You need a family to love. You need a home to embrace.

If you’re looking for something different, something more meaningful, there are many churches ready to welcome you. One of them, eager to see you there: La Croix.

Last Saturday the Southeast Redhawks football team notched a dramatic homecoming victory with a last-second win over Austin Peay. The Redhawks scored 28 second half points, 21 in the fourth quarter, and overcame a fourth-and-14 on the final drive to go ahead 31-27 with 15 seconds left.

Coach Tom Matukewicz told Southeast Missourian reporter Phillip Suitts, “Guys doing some amazing things for this football team, and it’s a blessing to be their coach. Just the energy the town had for homecoming. The energy in the stadium, the belief that our sideline had!”

It was a big, big win. Congratulations Coach!

A remarkable woman, who led a proud and distinguished life, died last week. Marybelle Mueller was the first woman lawyer selected as a judge in the state of Missouri — and to this day, according to family, is the only woman to serve as a state judge in Southeast Missouri. All together, she served 27 years as an active judge and four more years as a senior judge under the direction of the Missouri Supreme Court.

I was there in 2009 when she received the R.A. Fulenwider Meritorious Community Service Award from the Jackson Area Chamber of Commerce, her longtime home. The standing ovation was long and loud. I will always remember her as a strong woman of grace and decisiveness. She led a good life. I send her family my best, especially her daughter Mary, who lives in Jackson and who has always been full of vim and vigor, no doubt inspired by her mother.

Another distinguished resident who departed us last week was Lowell Peterson, who died after a plane crash at the Cape Girardeau airport when a plane he was piloting was caught and stalled in a gust of wind upon landing (according to friends, but not an official report). Lowell loved to fly, especially with his buddy, Jack Mehner, who survived the crash but needs your prayers. Lowell was a longtime bank leader in the middle of the country, who finished his work career in 2004 as president of US Bank in Cape Girardeau-Jackson. He led several civic organizations after retiring, including the Downtown Rotary Club and Habitat for Humanity. He and his wife, Laurie, also served with the Peace Corps in Uzbekistan.

Lowell was always quick with an opinion, and liked to stir the pot: a fun man to be around, a man who cared deeply about his country.

He was 74. He will be missed. To his wife and family and to his many, many friends, God be with you.

While we are mourning the loss of our friend, others are rejoicing to meet him behind the veil. — John Taylor.