Fear and fun of fatherhood at the SEMO District Fair 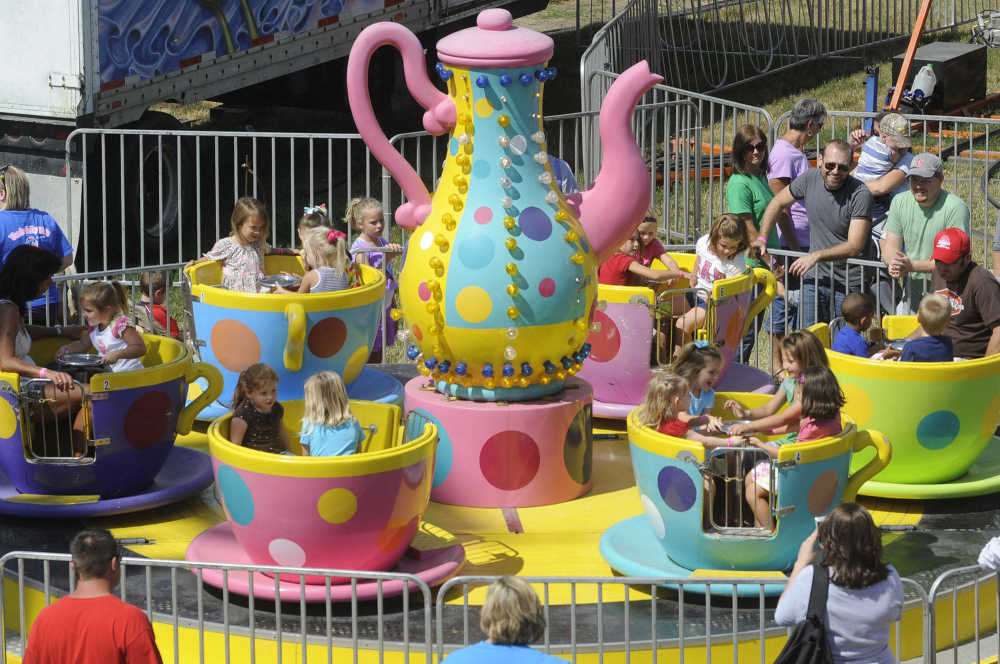 Fatherhood has a way of changing a man. For one, his heart grows beyond what he could have imagined. Second, he ends up doing all sorts of things he may never have planned.

I never thought I would “dance” ballet as much as I have in my life, but with four girls who have taken lessons and who at different times have loved to leap and be lifted into the air, I’ve done it. And, until the last one gets too big and my shoulder gives out, it’s quite wonderful. We’re all happy.

Then, there’s the items of fatherhood that are unpleasant but not particularly ominous. When spiders, wasps and bees interrupt my girls, no problem, I will take care of them. Letting them be (if outside) remains the best strategy, but if they need removal, Papa is your man. Mice? No sweat.

But if there is one thing I really prefer not to do, which I secretly (and not so secretly) struggle against, it’s fair rides. Maybe it’s the psychological scar of gulping down a corn dog and giant lemonade seconds before riding the Tilt-a-Whirl when I was a wee lad. What happened afterward is better forgotten. (And, no, I did not throw up on the other riders. Just myself. Afterward.)

But fair rides are all anxiety, no reward for me.

So, a few years ago, when my daughters begged me to ride the Hang Glider and other rides with them, it took all my courage to set fears aside and join them. Inside, I tried to channel Nelson Mandela, who said, “Courage is not the absence of fear, but the triumph over it.”

As the rides started, the familiar feeling of dread set in, but since my daughters were alongside, I just plastered on a grin and counted secretly inside. They screamed enough for all of us. Thank God, afterward, one of them, once conquering each individual ride, had no great need to return. My kind of girl! Her more daring sisters, well, maybe they have more of their mother inside of them.

Here’s the new problem. For the past couple of years, I’ve gotten away from doing the scary rides, because I’d already done most of them. Blaming the family budget for not doing a particular or, frankly, all rides sounds better if you’ve already shown you’re not afraid to buckle in. This year, though, the fair board has brought in a new company to run the midway. That means lots of new “thrilling” experiences with adjectives like “Extreme,” “Mega” and “Scream” in their titles.

On Tuesday, I caught up with Freddy Miller, the fourth generation family owner of Miller Spectacular Shows. He was just seeing off the last of his trucks, departing from the Illinois State Fair for Cape Girardeau, and he’s excited about what his company will be offering. “I think the past few years you’ve had 20-21 rides. We’ll be bringing 30, including three wheels: the double Sky Wheel, a kiddie wheel and the giant wheel.”

Freddy was in a hurry, so I wasn’t able to get him to describe the most fearsome of the rides. But he said by tonight, if you drive by, you can start seeing them take form at Arena Park. Better yet, come when the fair is open. The fun starts Saturday.

Personally, I hope to enjoy all the rides (vicariously, through others). But if my daughters ask, we’ll see. Maybe I’ll get back out there. I just won’t be eating or drinking beforehand.

Talking about carnivals, what a disgrace the protesters and many of the Democratic senators (including the 2020 presidential wannabes) were at the Brett Kavanaugh hearings yesterday. The display, not that it’s a surprise, exposed the total hypocrisy of some of those who just a few days prior were celebrating the bipartisan outreach of the late Sen. John McCain. Judge Kavanaugh has one of the longest, clearest public records of any nominee to the Supreme Court. He has impeccable credentials as a jurist, boss, husband, father and community member. And yet: He is slandered by those who oppose the president who nominated him.

It will be interesting to see how Missouri Sen. Claire McCaskill votes on his nomination, and whether she chooses to be part of hyper-partisan, orchestrated outrage or a voice for respectful deliberation.