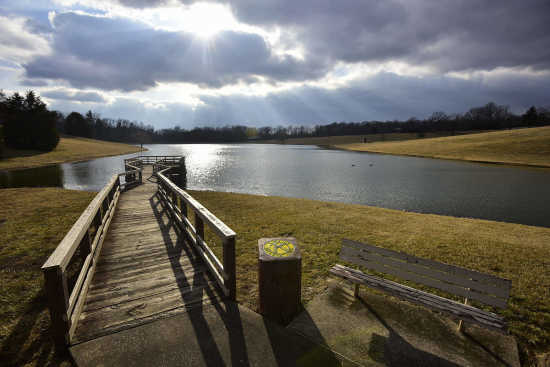 My wife and I live in an apartment across the street from a park. For years, we've allowed our girls to play in the park on their own, drawing chalk mermaids on the sidewalk, kicking soccer balls and tossing something similar to a "Frisbee." For a long time, their favorite activity was simply gathering twigs and playing school. We've coached them on safety and the importance of watching over each other -- and they love the time outdoors. A few times when strangers walked over to them and asked where their parents were, their answers apparently soothed any concerns.

What they were doing wasn't that different, in fact, was much "safer" than the types of independent treks my brothers and I -- and nearly all our friends -- regularly did on our own when we were very young. Especially during the summer, the rule then was, "Get out early, be home by dinner." What happened in between was up to us.

Then, a couple years back, I read a book, titled "How to Raise an Adult," written by the long-time dean of freshmen and undergraduate advising at Stanford University. It was about a modern failure by many parents to raise kids to be independent. It is a fascinating read, which looks at the genesis of "helicoptering parents." Among other things, the book introduced me to the "free-range children" movement, which seeks to enable kids to have independent experiences in public, even at a young age, without fear of well-meaning but heavy-handed government intrusion.

It turns out, it's not uncommon for (well-meaning) adults to see children playing on their own and call police. (I will admit, one time as I was walking up to my daughters, an adult did tell me he had been getting ready to call law enforcement, and "you shouldn't leave them alone.") But that's not where it always stops: with the police checking on the children. There are horror stories of such calls leading to investigations by state Child Protective Services, where misguided "do-gooders" go down the path of offensive questioning -- and charges of negligence are made with no evidence except for parents allowing their kids to walk or play unsupervised.

Last week, Utah passed a law that will go into effect in May that makes it clear child neglect does not constitute "permitting a child, whose basic needs are met... to engage in independent activities" such as "walk, run or bike to and from school, travel to commercial or recreational facilities, play outside and remain at home unattended," etc.

According to Utah State Senator Lincoln Fillmore, Republican, who spoke to the New York Times about introducing the bill: "The statutory definition of neglect in Utah was broad enough that anyone could say a child playing alone in a park was being neglected. Neglect should not mean letting your kids play by themselves in the park or walk home from school alone."

State Rep. Brad Daw, who was the bill's House sponsor, told the Times he views the law as an "anti-nuisance" measure.

"The law says that you can't just call authorities if you see a child playing alone in the park. It frees up authorities from investigating nuisance calls while allowing them to focus on children who are actually being neglected," Daw said.

Founder of the "free-range kids" movement Lenore Skenazy wrote a column about the new Utah law in the Wall Street Journal last week. She writes, "I love helmets, car seats, seat belts. If you're having a baby, my shower gift is a fire extinguisher. But I let my son go out into the big wide world without me because that's what kids, certainly 9-year-olds, have been doing since the beginning of time.

"It's good for them. When you're on your own, you develop curiosity, bravery and self-reliance. I am almost positive that you, dear reader, spent part of your own childhood -- the best part, most likely -- running around your neighborhood, hanging out with friends, playing games, riding your bike, and staying out till the streetlights came on. If that was in the '60s, '70s, '80s, or '90s, it was actually less safe then than it is now. The crime rate today is back to what it was before color TV. And it's down not because we're helicoptering kids. The crime rate against adults is down too, and we don't 'helicopter' them -- at least once they've finished college.

"If it wasn't negligent for our parents to let us play outside when the crime rate was higher, it certainly shouldn't be considered negligent now, should it? Yet somehow it is."

Curiously, a few weeks ago, a good friend of Victoria's and mine (and an amazing, devoted, creative wife and mother) was with her kids, 9 and 5, at a park in Jackson. She left them briefly, but always in sight, to get the car from another section of the park while they were playing. Apparently, someone had watched her walk away, because as she reemerged from the car, the police arrived, too, to question her about negligence. She was shaken.

As Ms. Skenazy writes in the Journal: "In America, we keep talking about how we need to raise a generation of kids who are smart, resilient problem-solvers ready to take on the chaotic, robotic economy ahead. We can't do it by standing always by their side, solving all their problems.

"It is not negligent to believe our kids are ready for the childhood independence that made us who we are. It is negligent to deprive them of it."

Other states are deliberating laws similar to what Utah passed. Next year, Missouri should do the same. Meanwhile, my wife and I will continue to drop our girls off at a different park after school for the mile journey home on their own, or let them walk and ride bikes unsupervised, or play outside alone. Plus a lot more. It's our goal for them to grow up to be adults, independent and able to think on their own.

Please don't call the police on us.