Now Read This: “The Elephant Whisperer,” by Lawrence Anthony 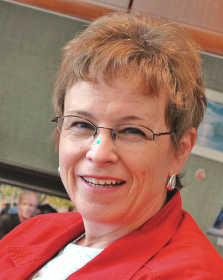 Those who read my column know that I don’t read many nonfiction books. I know many of you readers do, however, so I’m always on the lookout for a good one to share. One of my staff members recommended “The Elephant Whisperer: My Life with the Herd in the African Wild,” by Lawrence Anthony. Since the elephant is my second favorite animal, I decided to give it a try.

Lawrence Anthony was a conservationist who owned a wildlife reserve in the KwaZulu-Natal province of South Africa. It was a former hunting preserve, so some of the book describes his efforts to convince the local tribes that conserving the wildlife is better than poaching it and selling the animal parts. Most of the book chronicles how he saved a herd of rogue elephants known for their ability to escape, acclimates them to their new surroundings and slowly learns how to communicate with them. 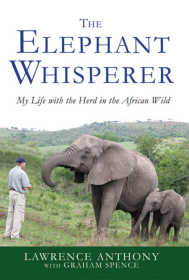 The book title is a bit of a misnomer because he does not whisper to get them to do certain things. It is rather through his patience that he and the elephants come to understand and respect each other. Interspersed throughout the book are tales of catching poachers, dealing with a death threat and the personalities of his three dogs.

“The Elephant Whisperer” was published in 2009. Lawrence Anthony died unexpectedly in 2012, just as his second book, “Last of the Rhinos,” was about to be released.

His obituary read, “Anthony was internationally acclaimed for his conservation projects. He was also an international explorer, sought-after public speaker and best-selling author. Anthony’s rescue of the Baghdad Zoo animals during the coalition invasion of Iraq in April 2003 received international acclaim.”

The Cape Library owns copies of “The Elephant Whisperer” in both book and audiobook format. If you search the library’s catalog under “elephant” and “adult,” you will discover several other books about animal communication and conservation.

Oh, and I know some of you are wondering — the giraffe is my first favorite animal. I love to visit the Springfield Missouri Zoo, where you can see them up close and feed them.