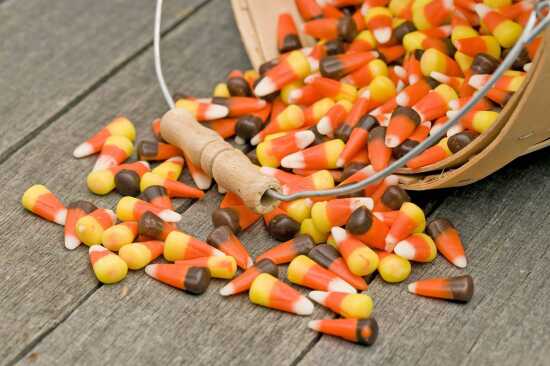 Dr. Phenu Zachariah's favorite holiday is Halloween -- and as the newest endocrinologist at Cape Diabetes and Endocrinology, he knows how diabetics can enjoy this candy-crazed holiday, too.

"They can enjoy sweets, they can have cake at a party, they can have Halloween treats -- it's just the planning that is different from a diabetic to a nondiabetic person," says Zachariah. "Sometimes there's a psychological aspect of having a chronic disease. There's always that elephant in the room, and you're always aware of it, but there's no reason diabetics can't do most if not all that a person without diabetes can."

The most common type of diabetes in seniors is type 2, which usually develops in late adulthood and is characterized by insulin resistance or deficiency. Type 1 diabetes develops most often in children, adolescents and even middle adulthood, and involves a complete loss of insulin. People with type 1 diabetes must take in more insulin in order to survive.

"With type 2 diabetes, you're still making insulin and you only need a little to prevent the whole metabolic system from destabilizing completely," Zachariah explains. Risk factors for type 2 diabetes include being overweight, inactive or having a family history of diabetes.

"Part of the aging process is a decline in glucose tolerance," says Janet Stewart, a diabetes educator in the Diabetes Center at Southeast Missouri Hospital. "It's an age-related change and that results in increased insulin resistance." Skeletal mass also lessens during aging, so that while weight may not change significantly, the body composition of fat to muscle changes, affecting insulin secretion, Stewart explains. Seniors suffering from conditions that affect their activity level, such as arthritis, are also more prone to developing diabetes.

In addition to maintaining a healthy diet and lifestyle, Stewart says it's important to have annual diabetes screenings and glucose tests so that you know your risk of developing the disease.

"One of the biggest concerns is that often people who have type 2 go a number of years without being diagnosed," says Stewart. "After five or six years, it's more intensive to control and may have already caused some problems."

As for Halloween candy, Zachariah and Stewart say moderation is key for diabetics. If you're going to indulge in a little sweetness, plan accordingly and monitor your blood sugar and carbohydrate intake so you know how much candy you can safely eat. "Just because it's sugar-free doesn't mean you can go completely wild," warns Zachariah.

To avoid temptation, Stewart says it's all about setting the environment up for success. "If you do buy special treats, make sure they're not bought too far ahead of time where they're around to tempt you," she says. "Select things that are not your favorites -- something you know the kids like but that you will not have a problem staying out of."

It's not a bad idea for the entire family to adopt your healthy guidelines, either, says Zachariah. "If everyone is practicing the same kind of habits, it's very helpful for the patient who really needs to adhere to the guidelines," says Zachariah. "Everyone should keep in mind that there's no need to go crazy, because the candy will still be there tomorrow."

Halloween treats with a carb count of 5 grams or less