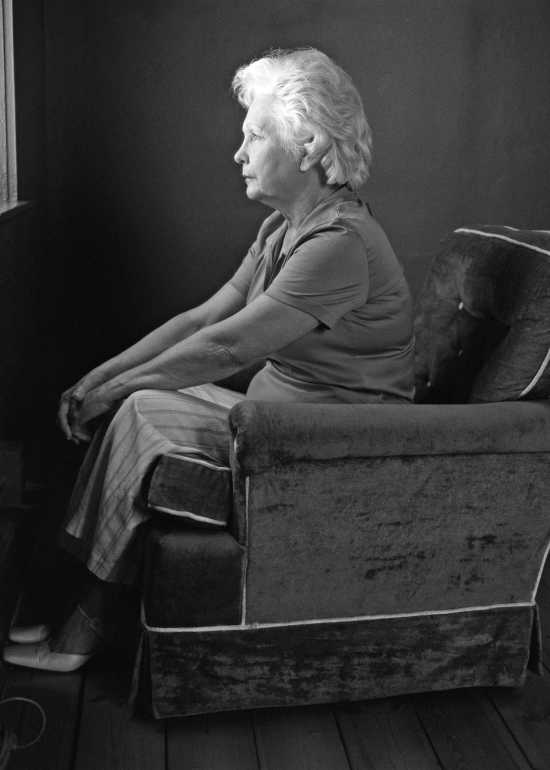 Law enforcement officials are trained to identify situations of theft, assault and domestic violence, but when it comes to elder abuse, the situation is a bit more complicated.

"It's usually family-based abuse," says Branden Caid, detective sergeant with the Scott County Sheriff's Department. "I think we see it a lot more than we realize." Caid is one member of the newly formed Mississippi/Scott County Against Elder Abuse Coalition, made possible by a Federal Office on Violence Against Women grant to the Susanna Wesley Family Learning Center in East Prairie, Mo. The Southeast Missouri not-for-profit has three years to train law enforcement officers, prosecutors, judges, government agencies, victims' advocates, and others who come into contact with the elderly. The plan, says Martha Black, executive director of the Susanna Wesley center, is to teach professionals in the two counties to identify and handle cases of elder abuse, ultimately coming up with a consistent, streamlined plan.

"What we're really going to do is open up the avenues of communication and strengthen the response," says Black. "The goal is to have a policy across two counties that all agencies agree to, so that if a police officer discovers a victim, for example, he knows who to call next so that elders don't slip through the cracks."

Members have already been to training in Phoenix and Washington, D.C., and a local kick-off training session was held in August in Charleston, Mo.

"It's basically 'train the trainer' so we can come back and be involved with training local law enforcement," says Glenda Hoffmeister, executive director of the Southeast Missouri Area Agency on Aging and a member of the local coalition. According to Hoffmeister, the agency already has a great deal of information and resources to connect people with the help they need in cases of elder abuse. However, the coalition will provide the agency with even more information, and Hoffmeister hopes the concept will catch on in Cape Girardeau County as well.

"If we knew each county had a procedure and how it was followed, we could educate people on what those procedures are," says Hoffmeister.

While the Agency on Aging is more on the educating side of the coalition, law enforcement officers like Caid are learning the first step of addressing elder abuse: recognizing how serious, and prevalent, the abuse is.

"I went into the class not knowing how often these cases were overlooked or how often these cases were not reported or investigated," says Caid. "After the four-day class, I left with a totally different outlook on criminal cases involving the elderly." In Missouri, over half of elder abuse cases come in the form of physical neglect, and smaller percentages are in financial exploitation or physical, emotional or sexual abuse, says Caid. Scott County looked into about 20 elder abuse cases last year, but Caid believes the numbers are probably greater due to unreported abuse or cases not being coded as elder abuse.

"We don't really see it or think of it much in our community, but the training really brought awareness out about what's going on, and going on everywhere. We need to watch more closely and stop it before we see the horror stories that we learned ended in death," says Caid, referring to elder abuse case studies brought up during training. Caid plans to focus on training first-responding officers to watch for cases of elder abuse from the initial contact with an elderly person.

"We need to take the time to ask about any bruises, notice if they look frail or if they need medical attention, and ask simple questions, like have you been to the doctor lately," says Caid.

Training must also address how cases are classified. Cases that appear to be a theft or assault might actually be elder abuse in the form of financial exploitation or physical neglect, charges that have "more teeth" to them, says Caid. Research and training will help officers to better classify these cases.

"I think people who say there is no elder abuse in their area are not coding cases under elder abuse -- they might be dismissing it as simple assault, theft or a civil matter," says Caid.

What makes elder abuse more complicated is that many times the elder depends on the abuser and may have little contact with others -- that's why it's so important for local professionals to be better trained in identifying even the most subtle signs of abuse.

"To me, the outstanding thing to learn is that in most cases the abuse doesn't come from outside so much as from someone the victim knows and trusts," says Black.

Hoffmeister agrees. Though the Agency on Aging gets few reports of elder abuse, that doesn't mean it doesn't exist, she says.

"I think it's kept quiet for the simple fact that people just don't want others to know this is actually happening in their family. It's an image factor that they just don't want to see. Seniors a lot of times don't want to report it for fear of further retaliation," says Hoffmeister. "They'd rather be home than anywhere else, even when there's domestic violence. It's home, and they'd rather be home than have to go to an unfamiliar place."

According to Caid, the coalition's seven-member teaching team is planning a 13-hour course to train others in handling elder abuse, probably in early January. An additional training session will be held in Denver, adds Hoffmeister.

"We don't have all the solutions yet but we know the problems through training and our own experiences," says Black. "We all agree that we have a lot to do."

• Lack of food, utilities or medication

• Frequent trips to the bank with friends or family