The following story has been submitted by a user of semissourian.com. To submit your own story to the site, click here.
User-submitted story by R. M. Kinder 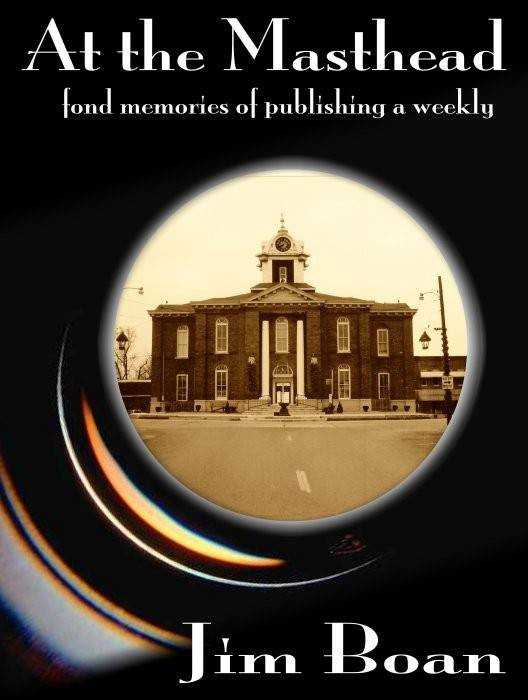 Everyone remembers certain features about their hometown. Having been raised in Bloomfield, Missouri, one of my fondest memories is of the huge sign that welcomed people as they entered city limits on the north side: Bloomfield--Once an Indian camp, now a good place to live and work. Another is Buck's store, which had good clothing on one side (even white gloves), and all the necessary foodstuffs on the other, and had a pulley system of delivering money to and from the cashier--a cup on a wire, zipping diagonally from office to floor. It was worth watching. Elders Manufacturing Company, which wasn't air-conditioned, and in summer was a hotbox where fans and machines hummed, and music and women's voices blurred. The bus station, with wonderful chili and, on Saturday nights, a jukebox and a little dancing for the teenagers. The water tower. The courthouse circle. The drugstore. And the Vindicator. The town newspaper.

The Vindicator doesn't exist anymore, although some locals say The Stoddard Countian continues the spirit of the Vindicator. I've heard from good authority that newspapers aren't near dying out, because larger papers buy up the smaller ones. That's a nice thought. Still, it's not like holding the Vindicator in hand. The Vindicator had begun in 1877 and hadn't missed an issue for over a hundred years. It's hard to know that particular name, from that particular town, has ceased to be.

So as an editor of s small Missouri press, I was delighted in 2008 to receive an unpublished manuscript from Jim Boan of Bloomfield, titled Ten Years Before the Masthead (working title). It wasn't a brand new manuscript. It was typed, and as I read it, I realized the passage of time has made some details incorrect. Some of the people whose names I recognized might not be on this plane any more, and one who was in prison might have long been freed. But reading the manuscript was like a lengthy visit home during the very years I'd had to be gone. There were stories I had heard about, crime, politics, romance, tragedy. Local heroes in everyday life.

We accepted the book for publication--retyping it into the computer and checking all the details. We loved it and we still do. Jim Boan loved the Vindicator, too. His book is as straightforward as his journalism, but laced with fondness. As we say on the back of the book, Boan followed a dream to get out of corporate America and publish a small-town weekly. He followed his dream. His At the Masthead is an engaging memoir, a richly detailed story of small town publishing and a warm tribute to the people and place the paper served. Get to know Bloomfield, Dexter, their neighbors, tragedies and triumphs over ten years and get to know yourself.

Working on the book was a gift to me.

R. M. (Rose Marie) Kinder is an editor/owner of Sweetgum Press and Cave Hollow Press, Warrensburg, Missouri. She is the author of two award winning short story collections, Sweet Angel Band and A Near Perfect Gift, and a novel, An Aboslute Gentleman, winner of last year's Capital Read Award.

At the Masthead: Fond Memories of Publishing a Weekly