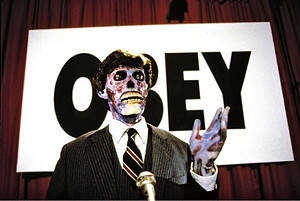 Not many professional politicians have been as effective as Jo Ann Emerson in the art of criticism deflection, and selling perception. Her entire political career is filled with examples of the use of public money to garner the support of the most vocal and wealthy special interest groups: senior citizens and the agriculture, telecommunication, medical, pharmaceutical, military, financial, and energy industries while limiting her public appearances to safe events like ribbon cuttings and GOP picnics. The biased local media has helped solidify her "aw, shucks" populist persona by refusing to report her Big Government voting record, or rationally examine her decision to get on the lobbyist / federal employee insider "revolving door" gravy train.

In Emerson's 16 plus years of holding federal public office, this country has been set on the fast track to a future of overwhelming debt, perpetual war, crony capitalism, and loss of civil liberties. She has played her part by supporting bailouts, the invasions of nations that did not attack us, the Patriot Act, the NDAA, and the use of drones. At a time when we need leaders to stand against the State, Emerson has been a willing participant in its encroachment. This will be her legacy.

View 12 comments or respond
Community discussion is important, and we encourage you to participate as a reader and commenter. Click here to see our Guidelines. We also encourage registered users to let us know if they see something inappropriate on our site. You can do that by clicking "Report Comment" below.