A Thanksgiving Tradition: The Tale of Lump's Parachute Pants 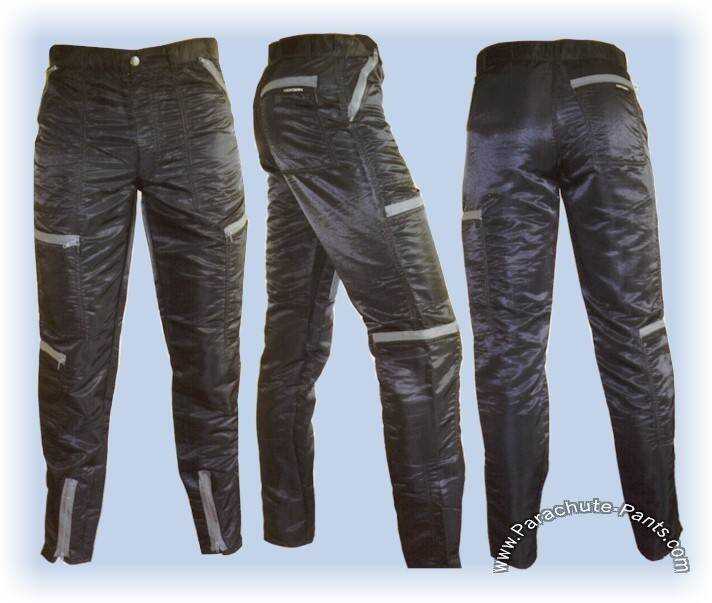 NOTE: I wrote this story several years ago, and always post it on my blog pages on Thanksgiving.

Every year at Thanksgiving time I sit back and consider what I am thankful for currently in my life: my wonderful family and friends, a great job that is challenging and pays the bills, good health. Sometimes, I also like to ride a cheesy dream sequence to the past and remember those things I was thankful for in my youth - like the first pair of really awesome pants I ever owned!

When I was 11, the breakdancing craze captured the imagination of this country's youth. We dropped our Star Wars action figures in droves (this was mostly a male phenomenon) and flocked to Waldenbooks to purchase record numbers of self-help, do-it-yourself, How-to breakdance books. Some of us even blew all our hard earned lawn mowing money on lessons in the local breakdance guru's basement. After all, breakdancing was here to stay!

So, after a half dozen lessons, and bearing personal witness to the greatest cinematic event of our times - the movie Breakin', I felt well versed enough in The Art to amaze the local breakdancing community which consisted of at least three other fellas.

That summer my family made a few treks up to St. Louis to catch the Cardinals who were only one year removed from beating the Brewers in the '82 World Series. I would always lug my faithful Toshiba boombox, several 90 minute blank Memorex cassette tapes and some fresh C-cells to record St. Louis' urban/dance station in anticipation of capturing the elusive beat that the other breakdancers back home couldn't get.

Unfortunately, the beat that captured my fancy after muddling through hours of mind numbing techno poop was a mix that the urban/dance station morning deejays put together. It was composed entirely of the sounds of everyday items commonly found in the bathroom, including bodily functions. The deejays aired it as a joke; I thought it was exactly what I needed to propel my breakdancing career to the next level.

Armed with my deadly arsenal of professionally taught moves which can only be acquired through discipline, dedication, and $75 of hard earned lawn mowing cash; and my unique mix of compressed farts, stereo panned urinating, and repeating rapid-fire toilet flushing, I entered myself in the Breakdance Exposition at the annual German Days Festival in Chaffee.

When the Big Event finally rolled around I noticed that I was second on the bill to the only other act - Cubix, which consisted of all three of my fellow graduates of David's Basement School of Breakdancing, Class of '83.

Not only was I a solo act, but Cubix was donned in the latest fashion craze: parachute pants. Me in last year's Toughskins cut off at the knees and dirty white Chucks covering the obligatory red and blue stripped sports socks was not going to wow this crowd of nearly dozens.

With the remnants of the summer's yard mowing funds, I purchased my own pair of black Sassoon parachute pants. I wore them to school religiously that fall. I was also warned by the Cubix guys never to breakdance in them as parachute pants' multiple zippers have a tendency to puncture chubby, pre-adolescent legs, and the cheesy Indonesian polyester material fails under the extreme friction produced by executing the athletic rigors of a move like the Salt the Slug on a rough concrete pad in the hot southeast Missouri August sun.

Unfortunately I never had the chance to find out for myself. Even in Chaffee breakdancing was soon passé. The Breakdance Exposition never made another appearance at the annual German Days Festival. Besides, my black Sassoon parachute pants did not keep up with my alarming and multiple growth spurts.

Nonetheless I am still thankful for my really bitchin' parachute pants that I proudly wore to Grandma's on Thanksgiving Day, 1983.