The Libertarian's Reaction to the August 7, 2012 Primary 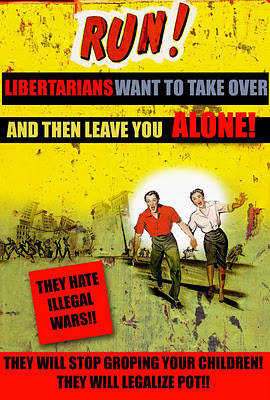 As a candidate from a third party which had no contested races for voters in the MO 8th Congressional District to decide, I am very proud that 166 people chose a Libertarian Party ballot. It is a bit confounding to me because it would be wonderful to know who these rebels are. I am also excited at the high number of voters who chose a LP ballot in the newest addition to the MO 8 -- Jefferson County. I have to take a trip or two up there to meet them. Thank-you to everyone who chose a Libertarian Party ballot as opposed the heavily contested duopoly party ballots.

I am very disappointed at the result of the primary between GOP candidates Bob Parker, and The Incumbent. While I have some philosophical differences with Mr. Parker, I acknowledge that he has a much better grasp of respect for property rights than The Incumbent. I respect him for going against the Republican establishment by speaking out against the NDAA. I agree with him that certain sections of the NDAA violate the Constitution, and codify civil rights violations against the American people by the Executive office. If we are to learn anything from history, especially recent history; current and future presidents will use the power granted to them by The Incumbent and her cronies in Congress against the American people.

I would have much rather faced Bob Parker in November. This is my home. It disturbs me that my neighbors chose perpetual war, perpetual debt, and perpetual conflict again. I will be the only anti-war, pro- free market candidate in the race for US Representative (MO-8).

Regarding the 82.8% of the voters who cast ballots in favor of the so-called "prayer amendment" -- nothing is going to change as a result of the passage of this amendment which was an obvious political sleight of hand on the part of the Missouri Republican Party who once again used our public schools as a battleground to advance their ideological agenda. Both the US and Missouri constitutions protect the right for an individual to express their chosen religion, or to not participate in religion. We live in a country in which 247 million people claim to be Christian. There are no bogeymen plotting to restrict an individual's right to participate in the religion of their choice, and quite frankly I find it to be very strange whenever Christians in this country claim to be persecuted. Like the old saying goes, as long as there are tests there will be prayer in school.

I am looking forward to speaking to Poplar Bluff for Liberty on Tuesday August 14th at 7:00 pm. The Missouri Libertarian Party has a booth at the Missouri State Fair in Sedalia which started this week. The local Libertarians will once again have a booth at the SEMO District Fair next month. This year we are on the main drag near Gate 1.

I am also pleased to announce the formation of a Scott County Libertarian Party. I don't think that it can be any more apparent that the GOP is NOT a political party for people who understand liberty to be involved in. Given the fact that Ron Paul won Scott County during the caucus, the hostility that his delegates experienced at the district and state conventions, and his snubbing by the GOP by not even allowing him to speak at their national convention; it is time to form a strong, visible Scott County Libertarian Party for those who wish to experience liberty in our lifetimes. Our first meeting is August 21 at 7:00 pm at the Scott County courthouse in Benton as allowed by RSMo 115.615 and 115.621.

It is an exciting time to be a Libertarian. As more and more people distance themselves from the archaic duopoly parties, and declare themselves independent; the Libertarian Party is starting to attract young, energetic activists. We are not your father's Oldsmobile. We are the party of the future.