You Say You Wanna Revolution? 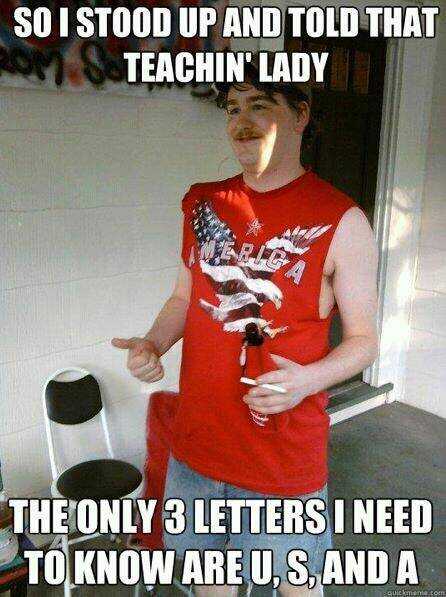 I thought to myself, "this year, I am really going to kick that football". I did have some good, albeit misplaced, intentions of saying something positive about these here United States of America on Independence Day, or as the holiday has become known in the popular vernacular - The Fourth of July. Riddle: Do the English have The Fourth of July?

So I got to thinking about what I could possibly say about the USA that was happy, but honest. This dilemma has filled my head for the past several days; so much so that I was beginning to think that the alcohol had finally caught up with me.

Then I remembered that one of the primary reasons that I drink is to tolerate people who get their jollies worshiping the government of the USA; propagating the lie that we are a free and superior people, and claiming that our military fights perpetual wars so that we have the right to say the Pledge of Allegiance.

It's not that I dislike the USA. Hell, I've lived here my whole life. We have neighborhood grocery stores with 175 different types of breakfast cereal. I can watch thousands of 45 minute documentaries on a plethora of topics ranging from the mating habits of rain forest birds, to the common construction methods at the height of the Aegean Bronze Age.

This is my home. I take no pleasure in watching my family, friends, and neighbors struggle to make an honest living. I can't stand the thought that so many members of our society have traded liberty for the abstract and false promise of security. There is no joy in the realization that the left/right paradigm is patently, and completely phony despite the fuss made over which duopoly party can tell better lies, and convince 50% plus one to vote them into power every election cycle.

The reasons that the American Revolution was fought seem petty when considered in the modern context. Taxes: we have plenty of those; direct and indirect. The standing army: mere child's play in comparison to the encroaching police state. No representation: don't get me started.

Instead, I like to think that those crazy bastards who took on the most powerful army ever assembled, some while wearing three cornered hats, really did believe that they didn't have to sit around and take any crap from some inbred monarch who lived thousands of miles away. And if they went down, at least they went down fighting because their ancestors didn't leave that mess behind so that they could make public statements commending the swell job that the king was doing to protect them, while surrendering their dignity in the process. The movement that spawned the revolutionaries to secede from the British crown was not overwhelmingly popular among the colonies, yet we still (supposedly) commemorate it on this day. Why? Who actually celebrates overthrowing the government on 7/4 anymore?

I truly do believe that if a grizzled, starving, desperate insurrectionist (yes kiddies, this country was founded by terrorists), begging for another round to fire at a fiendish redcoat, were to appear at a local half baked "fourthofjuly" festival today, he would pull down his breeches, and show all the fine patriotic Americans what we could kiss during the final stanza of "Stars and Stripes Forever".