The ACA Is Constitutional! 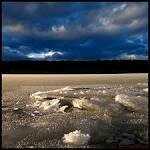 Today in a 5-4 decision, the Supreme Court of the United States upheld the provision in the Affordable Care Act that forces individuals to either purchase health insurance, or pay a tax. In the text of the legislation that will forever be referred to as "Obamacare", the tax is actually referred to as a "penalty". Congress, naively believing that Americans still disapprove of new taxes, did not want to provide any extra ammunition for the anti-Obamacare crusaders. After this sleight of hand, the only other language that Congress had to ensure was included in the ACA was that which doled out favors to their friends in the pharmaceutical, insurance, and medical industries.

I agree with the majority of the SCOTUS that the ACA is constitutional due to the Sixteenth Amendment which reads...

"The Congress shall have power to lay and collect taxes on incomes, from whatever source derived, without apportionment among the several States, and without regard to any census or enumeration."

I don't have anything to add except for this: if you really want to repeal Obamacare, and make sure that Romneycare isn't passed into law by a possible future Republican majority Congress, strike the root and work to repeal the Sixteenth Amendment. Otherwise everything is constitutional.