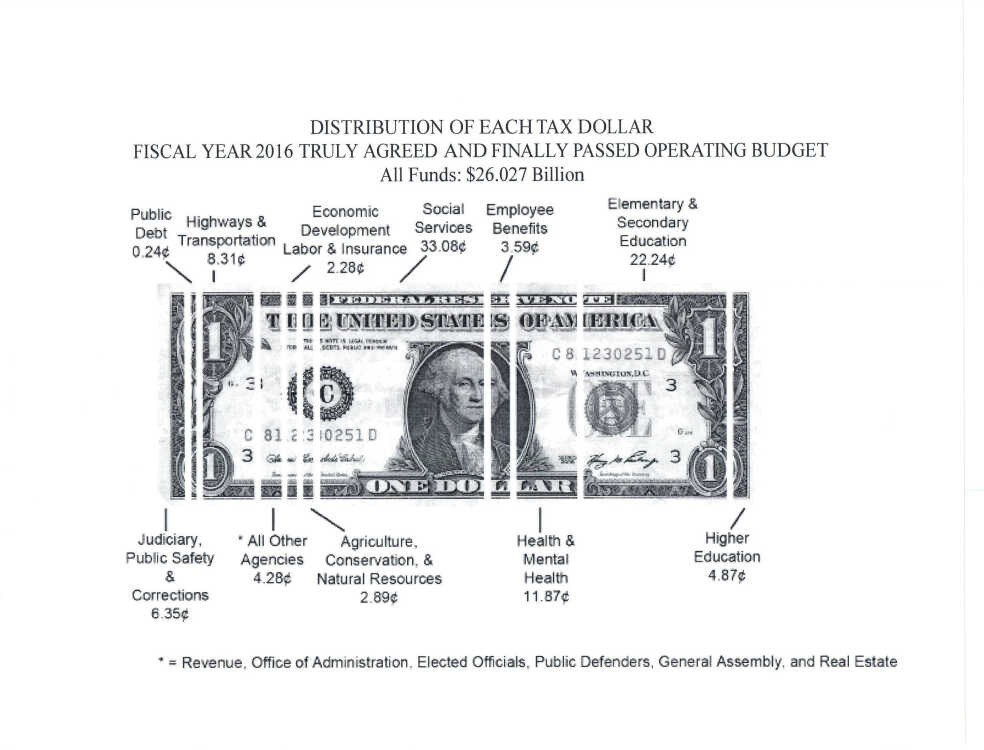 It was an honor to be invited to deliver the commencement address at the June graduation ceremony of ITT Technical Institute. With over 130 campuses nationwide, ITT Tech offers degrees in electronics, drafting and design, criminal justice, business, information technology, health science and nursing. The two campuses in the St. Louis area are located in Arnold and Earth City. http://itt-tech.edu/

Many thanks to Dr. Ruth Ann Orr and Ms. Julia Unnerstall for the invitation to present the Glory Awards at the school awards assembly! Students may be nominated by teachers, community leaders or parents recognizing them for virtuous qualities. Each recipient represents one of the virtues of good government that are engraved on the walls of the House of Representatives Chamber: knowledge, liberty, equality, law, justice, fraternity, education, progress, honor, truth, virtue, temperance, enterprise and charity. We are pleased to announce the following recipients of a Missouri Glory Award:

Congratulations to Blanchard Elementary school for being selected as one of only eight Missouri Schools chosen as a Gold Star School for 2015! Gold Star Schools are selected based on high performance or exceptional progress results on the state's English Language arts and mathematics exams for three consecutive years, for meeting Annual Measurable Objectives on state assessments, and for using research-based strategies and practices to improve student achievement. Congratulations to Dr. Barbara Kohlfeld and administration, teachers and staff for their hard work and commitment to our students!

Having known Mr. Garms personally, it has been a privilege and great honor to serve as the legislative sponsor for this memorial highway designation. The following is an excerpt from my remarks at the ceremony on June 8, 2015:

Upon graduation from a one-room school in rural mid-Missouri, Irvin Garms landed his first highway construction job watering the mules at the job site. Four years later, he was hired by R.B. Potashnick Construction Company. During his 48 years with the company, Mr. Garms would become known world-wide for his engineering and construction expertise, being instrumental in highway construction projects in all 50 states, as well as Puerto Rico, Japan and Kuwait. Yet, his talents were not limited to highway, but levees, railroad embankments, airports, dams, marine construction, and harbors including the harbors in San Diego and Dubai.

After retiring from Potashnick Construction, Mr. Garms was appointed to the Southeast Missouri Port Authority Board of Commissioners, at the age of 75. Over the next 20 years, he shared his visionary talents by supervising the many port construction projects and leading the charge to build an access highway to the port. He could foresee how crucial this highway would be for the future growth and viability of our port.

Truly, Mr. Garms is an outstanding example of what can be accomplished through hard work and dedication. Therefore, it is most fitting that this section of Nash Road be named in his honor - The Irvin H. Garms Memorial Highway.

Congratulations to the Garms family and thank you to MoDot for making this a reality!

During a recent legislative dinner hosted by Sen. Wayne Wallingford, Dr. Kenneth W. Dobbins and Jeanine Larson Dobbins were honored for their many contributions to education.

After twenty-six years as the 17th President of Southeast Missouri State University, Dr. Kenneth W. Dobbins will retire from the position, leaving a legacy of accomplishment in university finance, academics, capital projects and enrollment growth. http://www.semo.edu/president/about.html

In March, Dr. and Mrs. Dobbins were presented with a 2015 Friend of the University Award for their commitment and dedication to students. http://news.semo.edu/stan-and-debbie-crader-ken-and-jeanine-dobbins-named-2015-f...

We thank them for their many contributions and wish them well in their retirement!

Congratulations and many thanks to our Missouri Veterans Home for 25 years of commitment and devoted service to our veterans!

Mike Stafford celebrated his 100th birthday at the Missouri Veterans Home among family and friends. It was an honor to present Mr. Stafford with a resolution recognizing his military service and his commitment to family. Plus, he is quite a good dancer!

Thank you for your contributions to our state and our community!