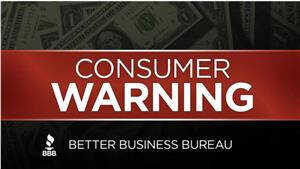 With the 2020 U.S. Census approaching, consumers should guard their identity against fraudulent requests for their personal information by phone, by email or in person while complying with official government requests for information.

Census forms have begun printing and will hit consumers’ mailboxes in spring 2020. In areas where mail delivery is difficult or nonexistent, Census workers will go door-to-door.

Census forms are short and easy to fill out, and they’re safe -- by law, the Census Bureau cannot share your answers with anyone, not even another government agency. The data gathered in the Census is used to determine how the federal government shares its budget and how many seats your state has in the U.S. House of Representatives.

Better Business Bureau (BBB) has received reports via BBB Scam Tracker of unsolicited callers contacting consumers, claiming to be conducting a survey or census on behalf of BBB. A Massachusetts consumer told BBB a caller claiming to be from BBB asked repeatedly if the consumer had moved or was planning to move, then hung up when the consumer said no.

Consumers also should be wary of other phishing attempts involving the Census Bureau. A Texas consumer reported receiving an unsolicited robocall from a group claiming to be the Census Bureau and offering a free knee brace.

Census workers will never ask you for your Social Security number, bank account or credit card numbers. They do not solicit donations, promise gifts or ask you to pay money to complete the Census. The Census Bureau will not contact you by email or phone.

Unfortunately, while the Census itself is safe and a necessary tool to make sure your community is fairly represented to the federal government, scammers may pose as government employees and solicit sensitive financial information. Before giving personal information to unsolicited phone callers or visitors, verify that person works for the U.S. Census Bureau.

Report a scam to BBB Scam Tracker at bbb.org/scamtracker.