First Amendment Watchdog
William Piercey Sr.
Background: Father of two adult children and grandpa to five. Ideologically, I'm a fiscal conservative and a news junkie who enjoys writing. I believe the 1st Amendment is critical to America's survival. We're free to express our opinions and have the freedom to assemble as citizens, whether it's "Occupy" or "Tea Party" gatherings. Freedom of the press is our government watchdog, and freedom of religion binds us together in a civil, God-fearing society. Oh, by the way, I'm proud of my PHD (public high school diploma) and my Masters in CSI. (Common Sense Intellect).
Recent posts
Archives

Shocking True Story of Catherine Engelbrecht vs. The Obama Government 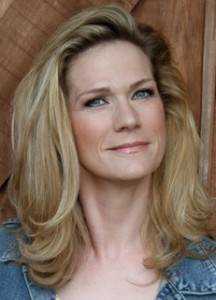 Most Americans are now familiar with the news that the IRS has been targeting conservative groups and individuals based solely on their political beliefs. In Cuba or North Korea the government would imprison you. In the United States, we now have a progressive liberal establishment using the power of government agencies to harass, intimidate, and silence those who speak out against the policies of President Obama.

In a recent national television interview, Catherine Engelbrecht, of Houston, Texas, shared her individual story. She came forward because, as she said, "citizens should not fear their government."

Catherine is just an average citizen who was inspired to get involved in the political process. She founded "King Street Patriots" and "True the Vote", nonpartisan, nonprofit organizations.

She officially applied with the IRS for a tax-exempt, nonprofit status in 2010, and like thousands of other groups, that status would allow her to apply for grants and work with other foundations.

It's normal procedure to provide the IRS with background information on the group's founder, its membership, its purpose, and its goals, but Catherine said the IRS's continued requests for personal information finally crossed the line.

"They (IRS) wanted to see every Face Book posting we've ever posted, every Tweet we've ever twitted, everywhere I've ever spoken since the inception of my organization and what I said, and where I intend to speak through 2013."

In addition to the hundreds of forms and questionnaires that Catherine filled out, she and her husband were also harassed by other government entities.

For twenty years they ran a small manufacturing business and also had a gun dealer license. They had never been audited. It was only after applying for the tax exempt status, Catherine and her husband were suddenly hit by an IRS audit.

Agents from the Bureau of Tobacco and Firearms showed up unexpectedly twice at their business and not only conducted audits, but had the company safe opened and proceeded to inspect the serial numbers of the family's personal guns.

The TCEQ, Texas Commission on Environment Quality, showed up at their door one day stating they had received a complaint concerning their business, and proceeded to do an audit.

Catherine has been questioned by the FBI six times, even inquiring as to who was coming to her programs.

In all, Catherine said she had a total of 17 interactions with the IRS and all of the above federal agencies, costing her and her husband thousands of dollars in legal fees and accounting services.

As she said in her interview, "The best way I can protect my family is to come forward and bring my story to the American people. I submit there are thousands more with stories just like mine to tell and I hope they will tell them. We're at an important time in the life of our country and we need to get the truth."

"If in fact the federal government is making a coordinated effort to single out individual citizens, then that is a problem that transcends politics and speaks right to the heart of what we are as a representative Republic."

To this date, Catherine's group, "True to Vote" is still awaiting approval from the federal government, even after more than two years.

In a May 15th article in the USA Today, it was noted that since March of 2010, not a single Tea Party application has been approved in the past twenty-seven months.

"Organizing for Action", a group promoting the Obama agenda and run by former campaign operatives, was approved by the IRS in just 30 days.

American citizens should not have a target on their back based on their political views.

Congressional oversight hearings and investigations are underway but it's critical that partisan government intrusion be stopped and those found guilty be punished.

The First Amendment must be protected and defended.