A visit to the Mississippi River headwaters (or close enough)

"The Mississippi River carries the mud of thirty states and two provinces 2,000 miles south to the delta and deposits 500 million tons of it there every year. The business of the Mississippi, which it will accomplish in time, is methodically to transport all of Illinois to the Gulf of Mexico."
-- Charles Kuralt

We're accustomed to seeing the Mississippi River as a powerful force of nature that cannot be completely tamed by man. It's a river that delivers "500-year floods" every few years, and then -- just to make things interesting -- drops so low during droughts that the Corps of Engineers has to blow up rocks to keep the channel clear for barges.

Not all of the river is like this, though. It has to start somewhere, and that somewhere is a trickle at Lake Itasca State Park in Minnesota. 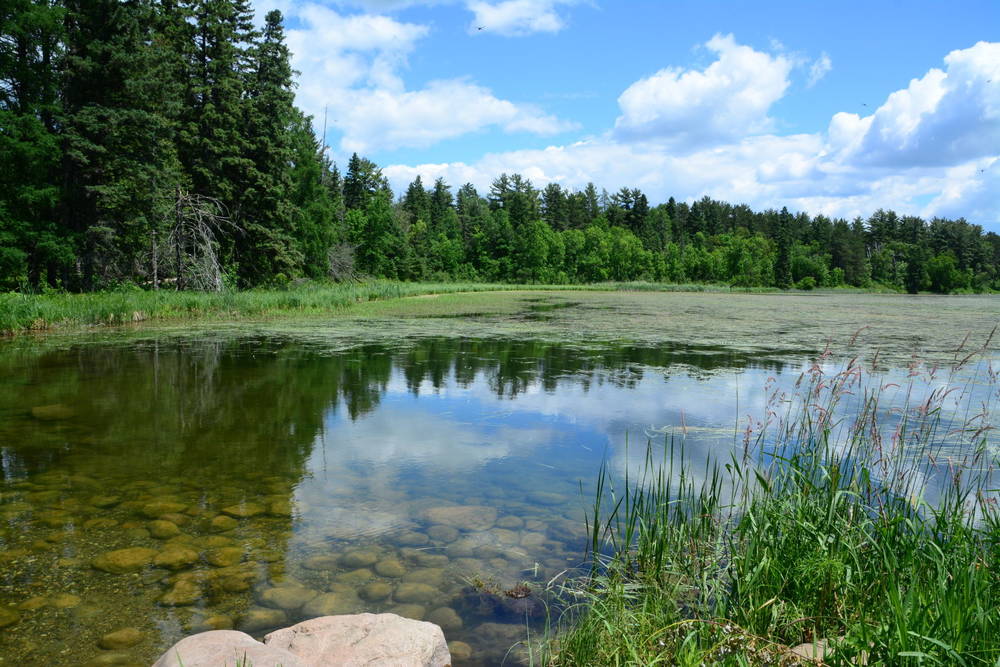 The water from Lake Itasca spills across a small dam capped with strategically placed boulders. This is the exact spot that marks the "official" beginning of the river. A sign in the form of a tree stump announces, "Here 1475 ft above the ocean the mighty Mississippi begins to flow on its winding way 2552 miles to the Gulf of Mexico." It's probably the most photographed tree stump anywhere. 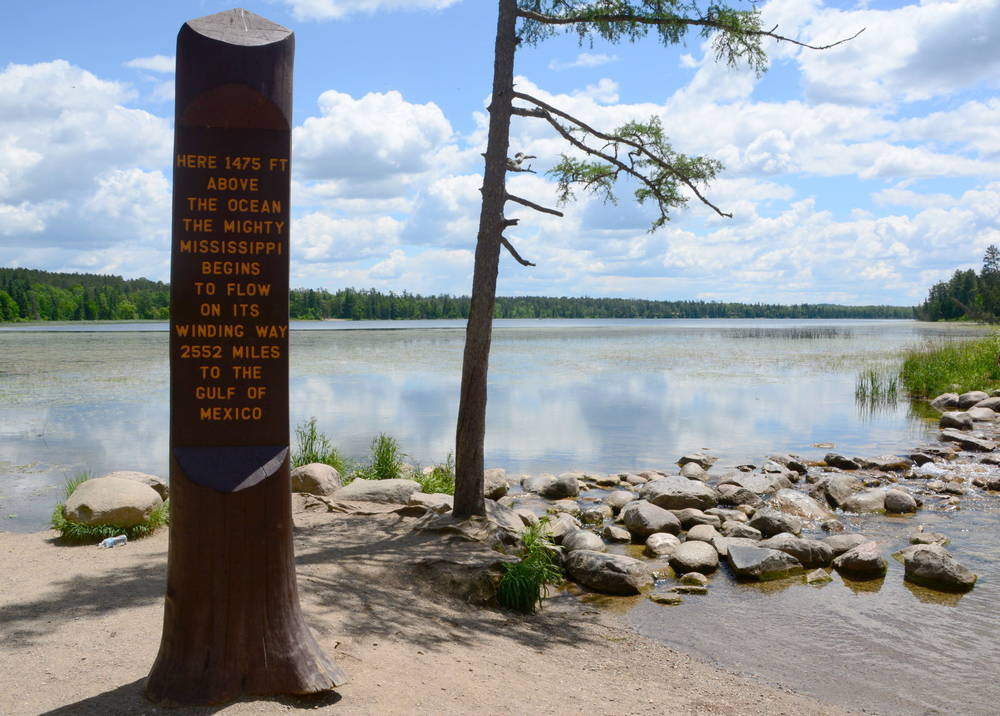 It's tradition for visitors to walk across the river here, either by carefully stepping on the slick-as-snot rocks, or by wading through the pool just below. Next tourists make the obligatory march across the first "bridge" across the river, a small log that has been installed just downstream. 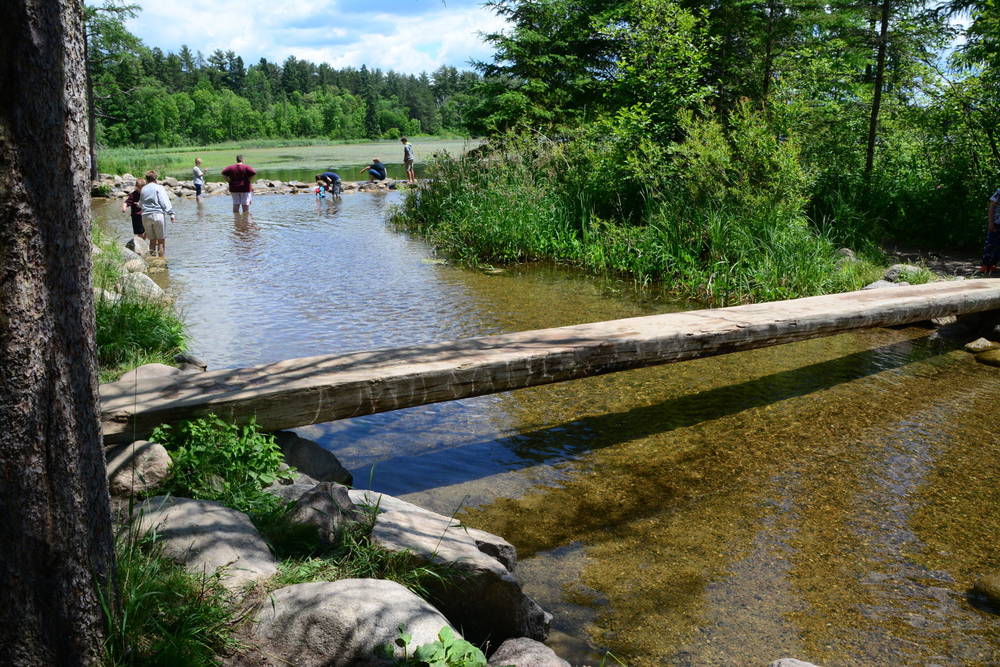 From there a trail leads to the "second" bridge over the river and then past a stand of lady slipper orchids (the state flower of Minnesota). 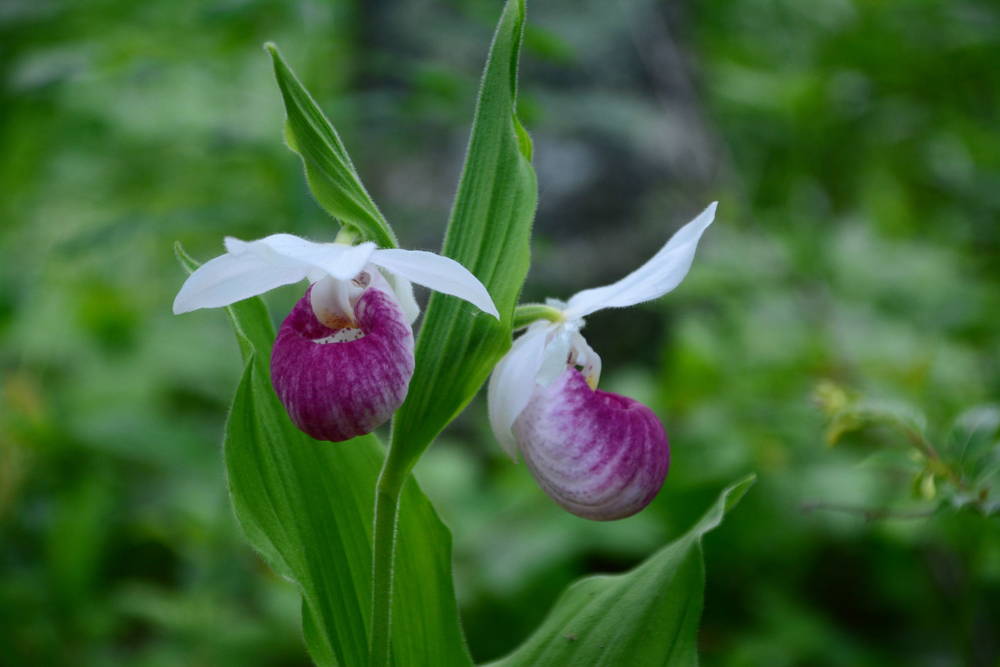 Finally, it's off to the gift shop to buy a souvenir T-shirt or hat as proof that it's possible to walk across the Mississippi. Yes, the whole thing feels like a tourist trap, but it's also a bucket list item for many people.

But not so fast. Although the Mississippi River is officially considered to start at Lake Itasca, a drive around the state park reveals a slight problem: there are other tributaries that feed into the lake. How come they aren't part of the Mississippi?

This is a question that has vexed explorers, scientists, and politicians since the 1800s. A whole series of explorers ventured to the area, hoping to stake their claim on discovering the "true head" of the Mississippi. In 1832, Henry Rowe Schoolcraft was the first explorer to place the headwaters at Lake Itasca, a name that he coined somewhat confusingly by taking some of the letters from the Latin word veritas ("truth") and caput ("head"). 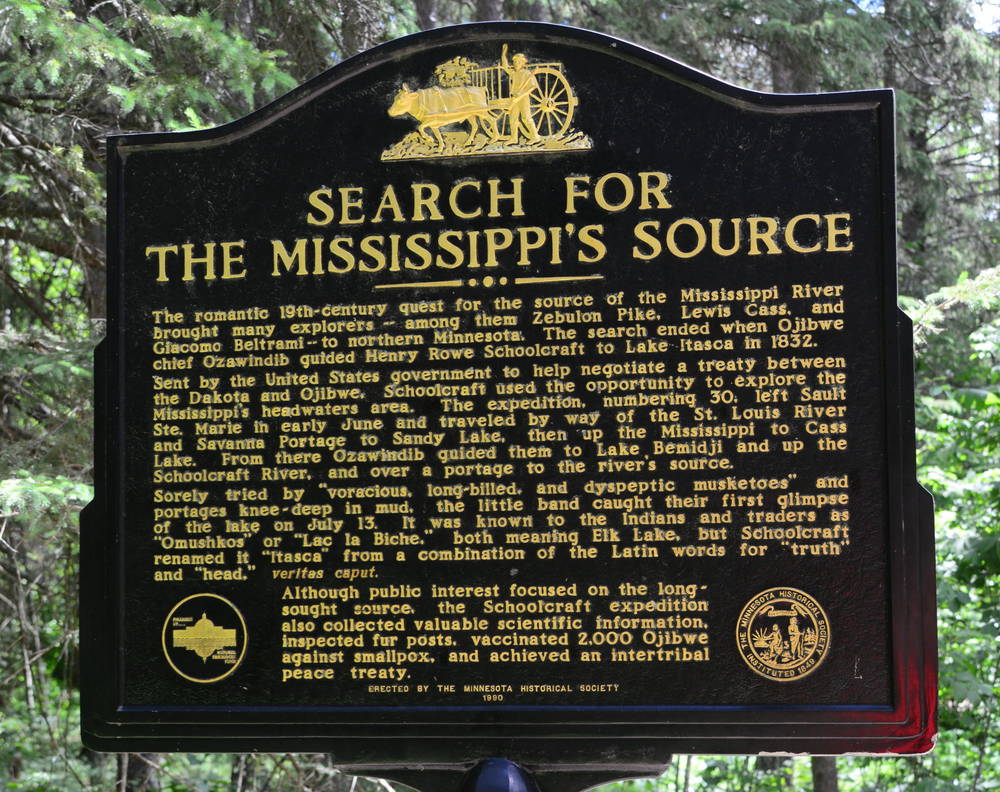 A few years later, Joseph Nicollet explored the tributaries of Lake Itasca and wrote in his journal that one of the streams, which now bears his name, was "truly the infant Mississippi." 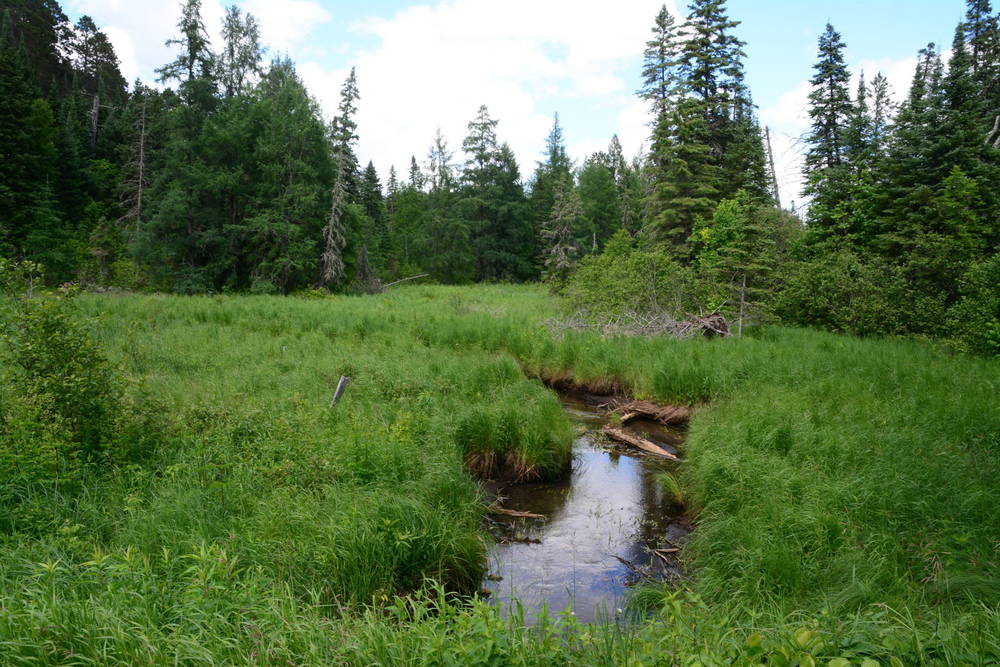 Indeed, the all-knowing Google seems to agree: if you zoom in to the right spot on Google Maps, Nicolet Creek is clearly labeled as the "Mississippi River." 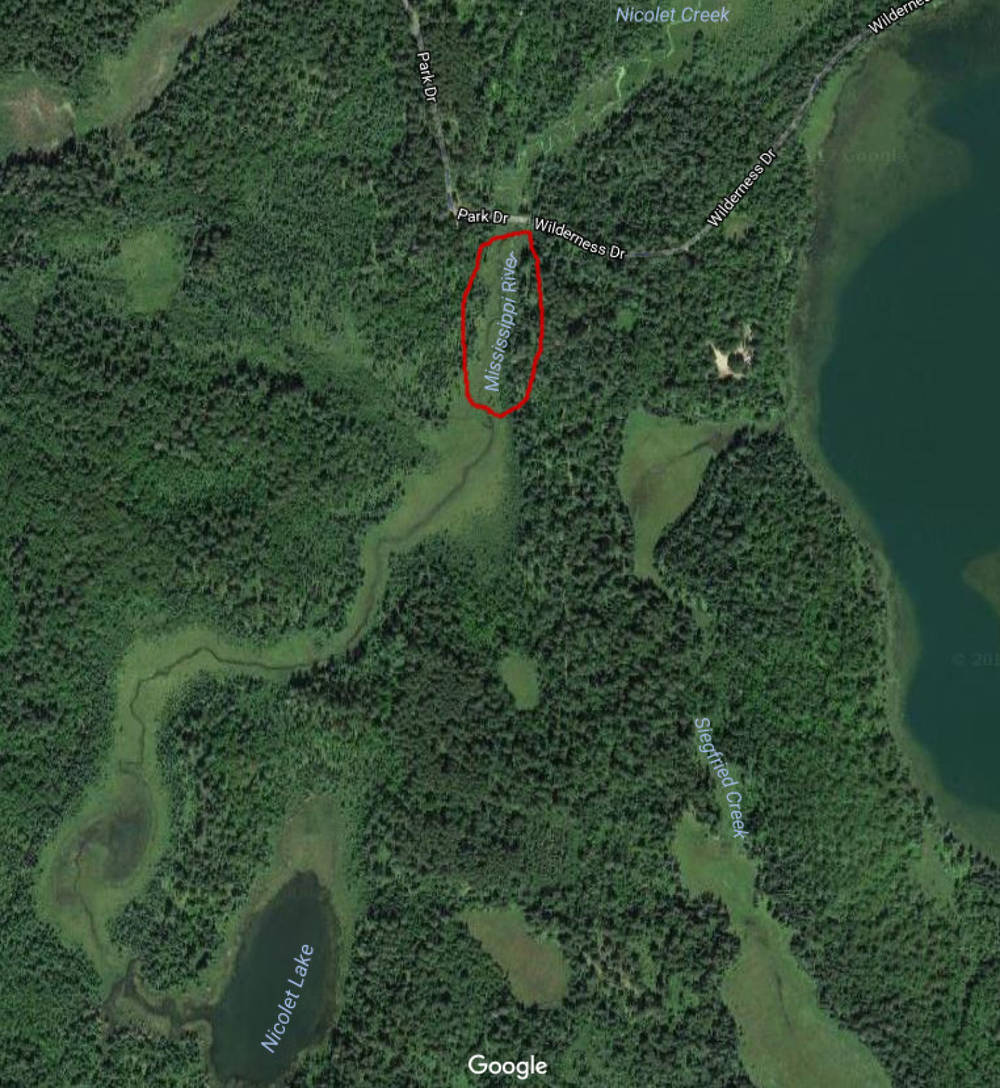 The terrain around Lake Itasca is relatively flat and shrouded in deep woods, making it a challenge to understand the topography. Today, a fire lookout tower is open to the public, but climbing to the top doesn't really help matters: the forest looks mostly the same in every direction. 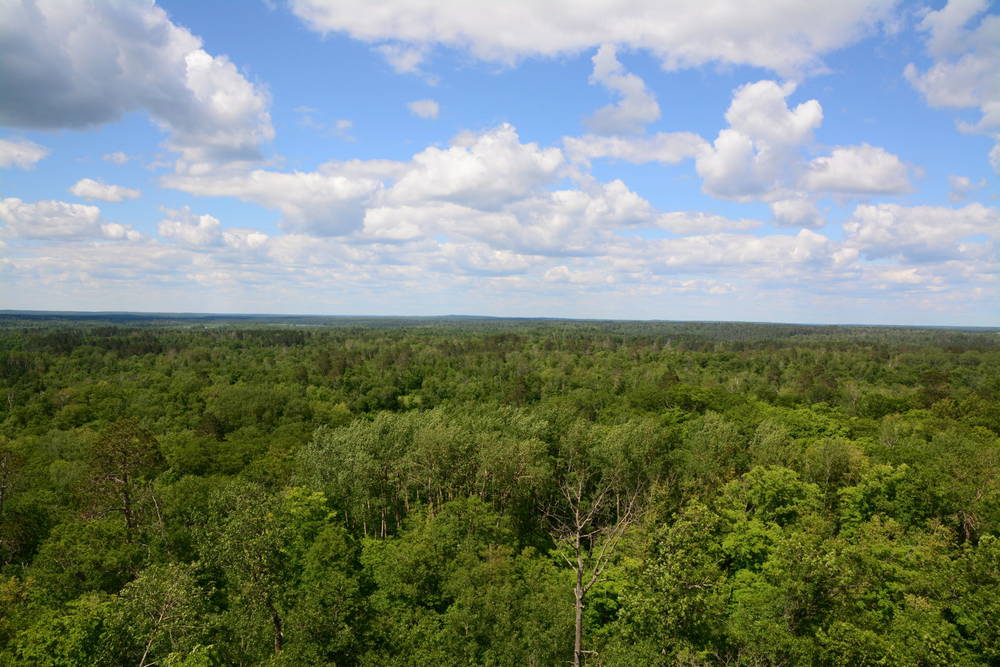 It was even harder for the early surveyors who didn't have the advantage of aerial views.

Later in the 1800s, attention shifted to Elk Lake, a small lake that sits just south of Lake Itasca and has its own outlet that looks vaguely similar to Itasca's. Edwin Hall, conducting the first official American survey of the headwaters, declared Elk Lake as the true beginning. Willard Glazier, who apparently had a Mississippi-sized ego, tried to claim that he had found a new lake -- which naturally he called Glazier Lake -- and that it was the ultimate origin. It was soon revealed that his "Glazier Lake" was really just Elk Lake. 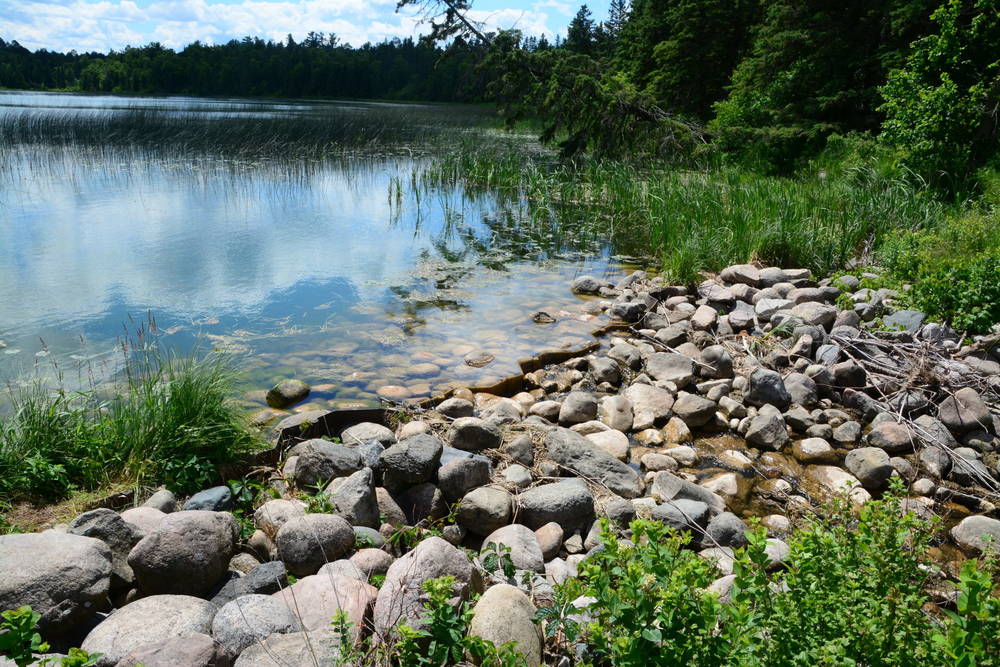 This interest in the headwaters question led to a growing campaign to establish a state park around Lake Itasca to protect the area. This was accomplished in 1891, and Jacob V. Brower was appointed as the first commissioner of the new state park.

Brower had conducted a detailed topographical survey; in his report to the state governor, he described a "Greater Ultimate Reservoir" that fed Nicolet Creek and then Lake Itasca. This was, he claimed, the true source of the Mississippi River. His argument was supported a few years later by Minnesota state geologist Newton Winchell.

The state legislature, however, continued to accept Lake Itasca as the river's official beginning. This may have been in deference to Schoolcraft, who had become a popular historical figure. Or this may have been a more prosaic political calculation: money had already been invested in developing Lake Itasca which was more accessible to the public than an indeterminate "Greater Ultimate Reservoir."

Regardless of the exact headwaters location, the Mississippi River departs Lake Itasca State Park by heading to the northwest. The stream is tiny, and so the quaint "Mississippi River" road signs are the only clue that you are driving across the "Father of Waters." 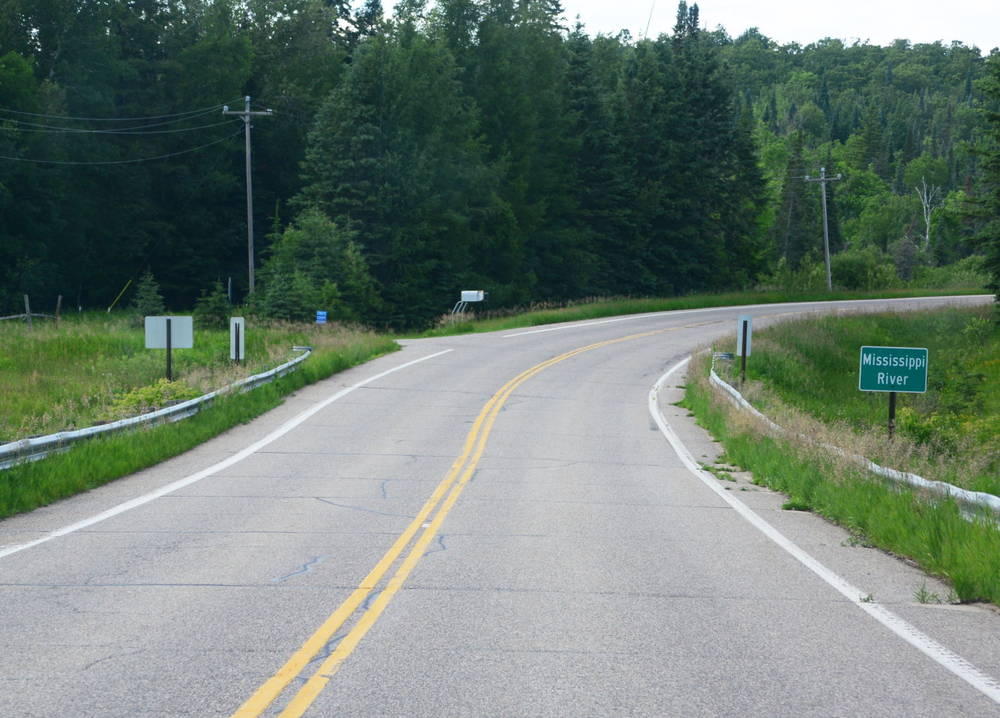 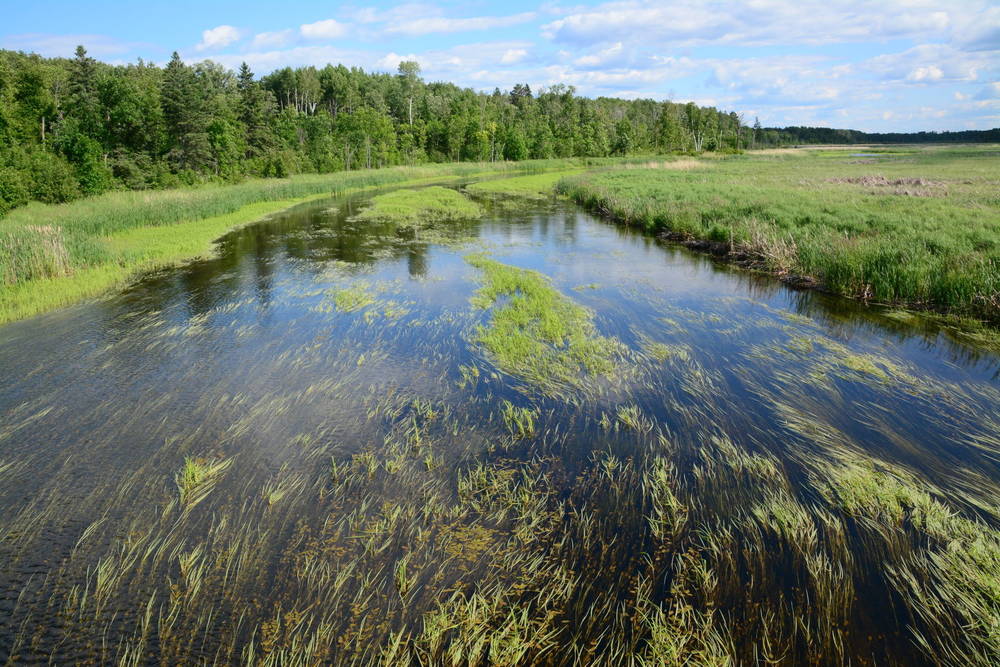 Continuing to the northeast, the growing river meets the town of Bemidji where it flows into Lake Irving and then Lake Bemidji, a pair of glacial lakes. 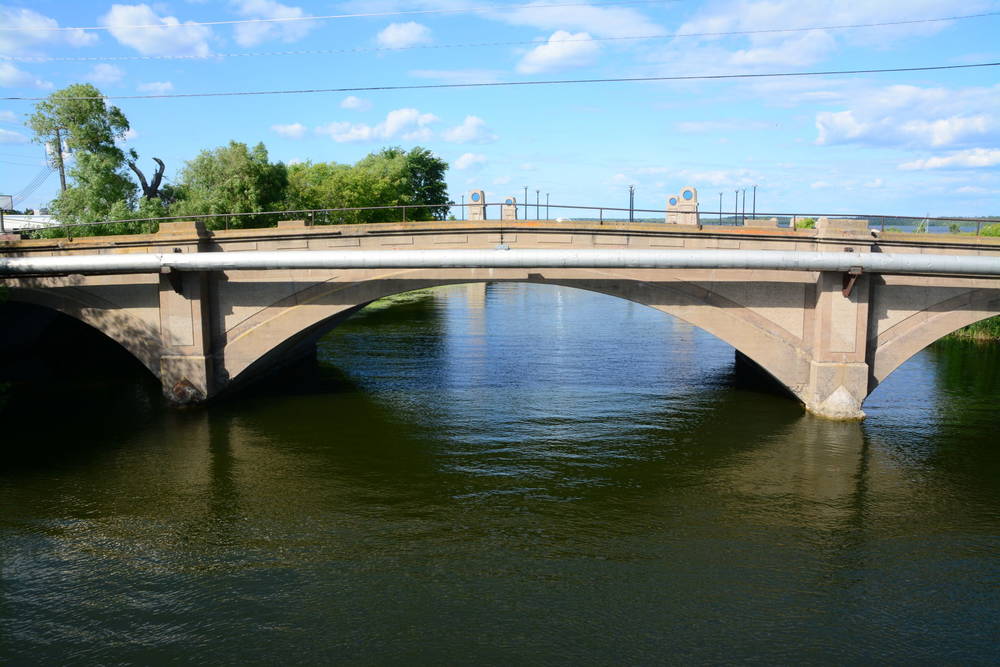 After flowing out of Lake Bemidji, the Mississippi River soon reaches its northernmost point. It then meanders through a series of lakes, eventually reaching Lake Winnibigoshish. This lake, featuring a width of 11 miles, is technically the widest point along the entire river.

Eventually the river reaches Grand Rapids, the uppermost point where steamboats could travel in the 1800s. The original rapids have been supplanted by a dam that provides power to a paper mill. 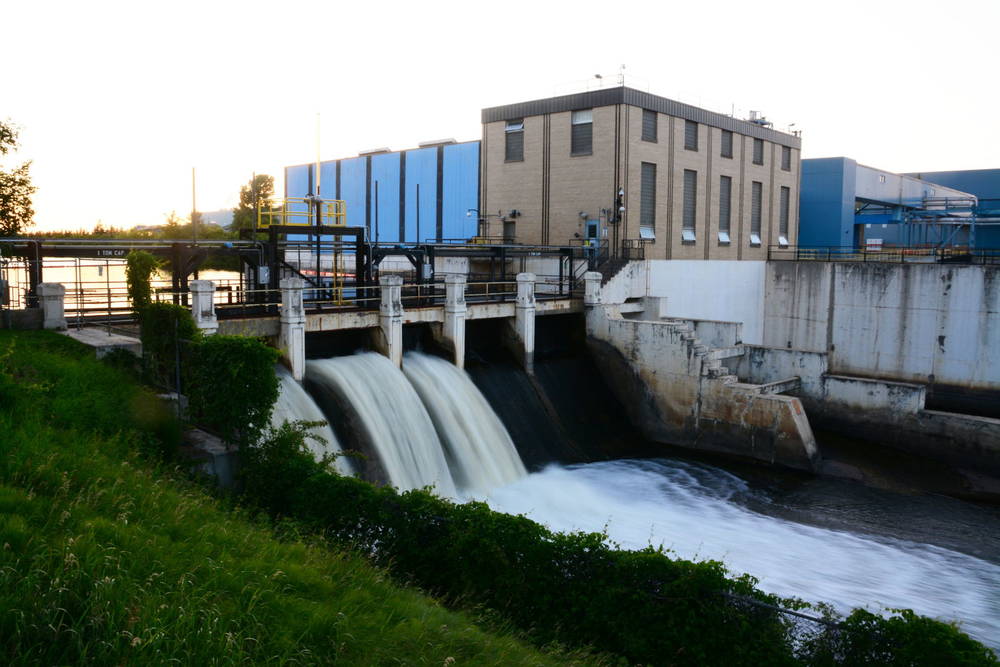 From Grand Rapids, the Mississippi River turns to the south, flowing through the Twin Cities and then the Quad Cities. Many miles later, it then morphs into the beast that we know and love here in Southeast Missouri.