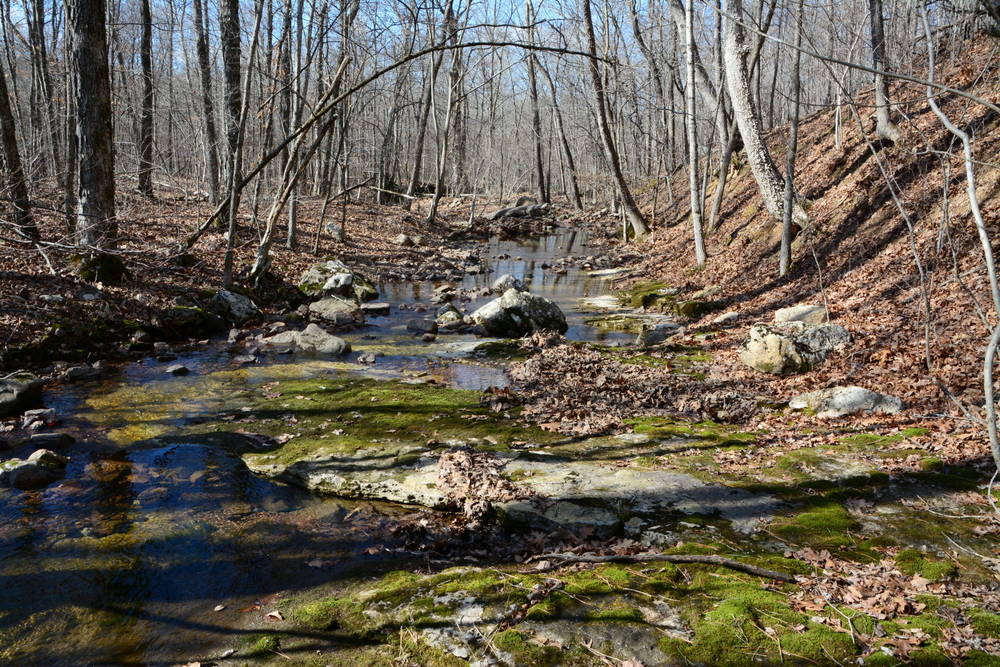 Just days before the end of Gov. Jay Nixon's term, the Missouri Department of Natural Resources issued a surprise announcement about the creation of "Jay Nixon State Park" in Reynolds County.

The first surprise, of course, was the name. No state park has ever been named after a governor while still in office. This led to the obvious joke: How big is Jay Nixon's ego? Answer: 1,230 acres.

But that wasn't the only surprise. The announcement was strangely vague about the park's location or how to access it. It said, "Bordered by Taum Sauk Mountain State Park and close to Johnson's Shut-Ins State Park, Jay Nixon State Park makes a great addition to anyone seeking a backcountry experience."

It took some sleuthing to find the exact location, and it was clear that DNR wasn't kidding about the backcountry experience: The park is extremely hard to reach. It's located on the Iron-Reynolds County line northwest of Taum Sauk Mountain within some of the most rugged terrain in the state. 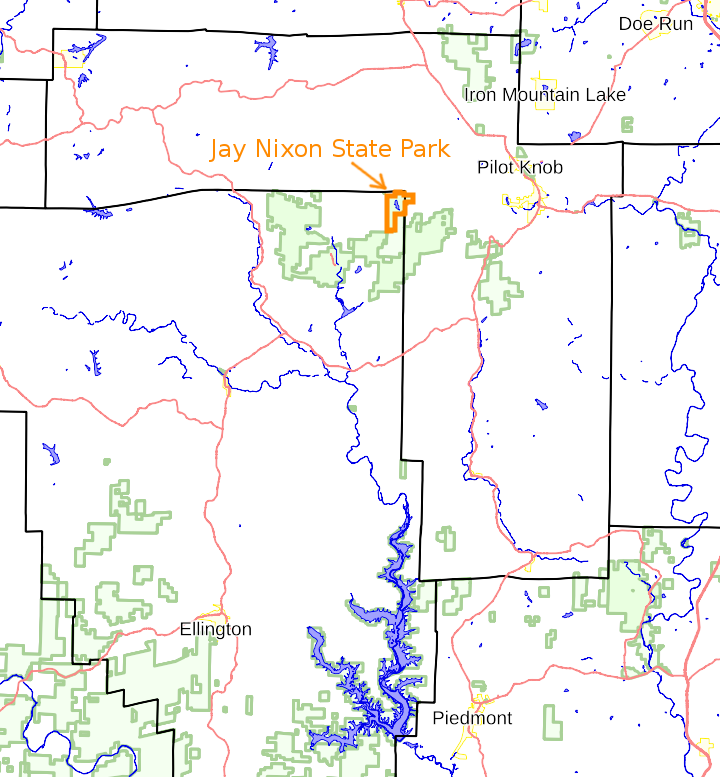 As governor, Nixon had championed the state park system as a driver of Missouri tourism, but this new inaccessible park doesn't seem to fit that plan at all.

So why was it purchased?

Thanks to legal settlements with lead mining companies over environmental damage, DNR had a windfall of cash, and the agency (no doubt with Jay Nixon's pressure) decided to purchase several parcels of land across the state to establish new state parks.

This particular chunk of real estate has a dark history, which explains why it was available. It had been owned by Thomas E. Hennessey Jr., who had constructed a lake there. He had been feuding with neighboring property owners over an easement to the property. That feud reached a climax in 2010 when Hennessey shot and killed Carl M. Jones in the parking lot of a grocery store in Ironton. Hennessey fled the scene, but was soon killed in a confrontation with police.

Some years later, the state approached Hennessey's heirs about buying the property, closing the deal in 2015. When the acquisition was first proposed, DNR intended for the property to be added to Taum Sauk Mountain State Park. That was still true in May 2016, when the agency released a geographic dataset showing the boundaries of state parks; this property was labeled as part of Taum Sauk Mountain State Park.

It wasn't until the very last days of the Nixon administration that DNR changed course with their designation of Jay Nixon State Park. The announcement certainly caught many people off guard, and now controversy is raging over several issues: the name, the manner in which the property was acquired, the lack of access, and the state biting off more than it can chew.

A bill (HB 600) has been filed in the legislature to change the name to "Proffitt Mountain State Park", referring to a peak at the southern edge of the property. (The mountain is likely named for James A. Proffitt who obtained land patents in the area in 1858.)

That's not all, though. Last week, the Salem News published a provocative story with the headline "In the Ozarks, state parks trump public health". The story takes the Nixon administration to task for using the windfall from the lead mining settlements on state park acquisitions instead of environmental cleanup.

Under a new governor, the legislature is now considering bills to change the way that DNR operates. One proposed bill (HB 698) would prohibit the creation of new state parks until all existing parks "are brought up-to-date and are in good working order." Another bill (HB 821) would require that all of the land already acquired through the lead mining settlements be sold or auctioned off, with the stipulation that the new owners could never sell or lease it to any state or federal government agency.

Like most legislation, these proposals have some good elements, some bad elements, and a whole lot of legalese engineered for maximal spitefulness.

NEXT, in Part 2: I make the trek to Jay Nixon State Park to see what all the fuss is about, and to ponder the best course of action for Missouri's most controversial state park.